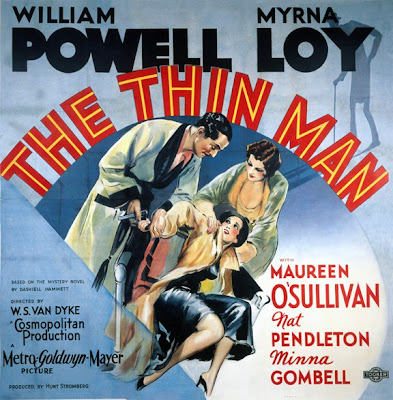 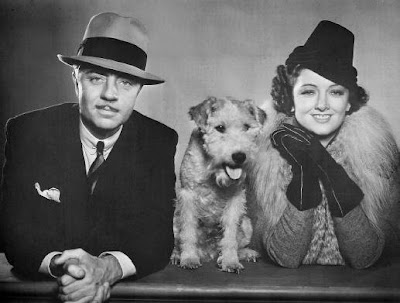 ~  This is the very first installment of the Thin Man series films pairing Nick and Nora Charles (Powell & Loy as husband /wife). This film was soo widely successful it created in total ...six films. The couple always had they adorable dog Asta with them where they went to solve murders.

Plot:
This first film centers on Nick Charles (Powell) whom is now a retired detective and gets tangled in a murder along with his wife Nora (Loy). A very smart comedy-detective film done by MGM Studios that had other studios trying to duplicate it's efforts to cash in on the success. This film also introduced us to the ever soo adorable Asta, Nick and Nora's loveable and hillarious pooch. The studio originally did not want to go with casting Myrna Loy as Nora since she was doing many roles at the time that were more vampy and were questioning her becoming a comedian to William Powell's, Nick. As we see in this true MGM classic they did right to go against the doubts and cast Myrna Loy since they became one of the most widely successful and beloved screen couples making many believe that in relaity they were actually in love and married. They were great friends and Powell was already married and in love with Jean Harlow another screen siren for MGM. This film series is not to be missed for all film buffs!!! 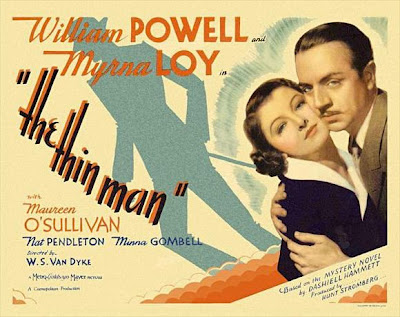 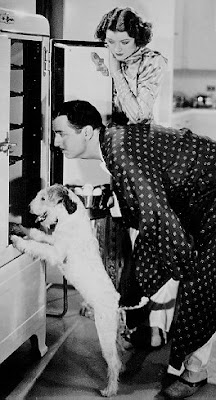 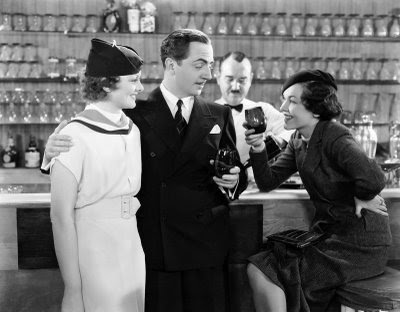 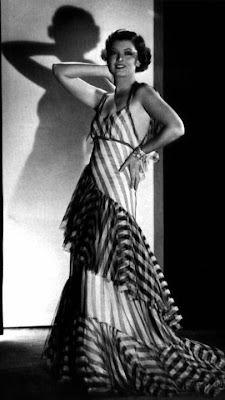 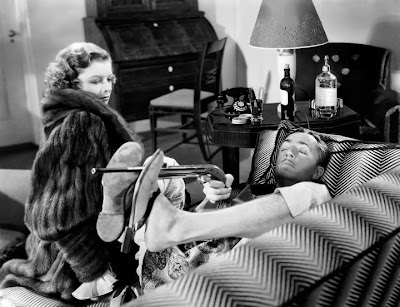 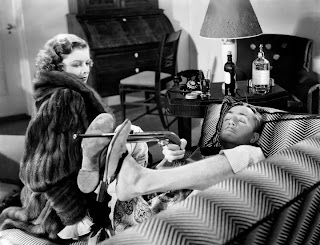 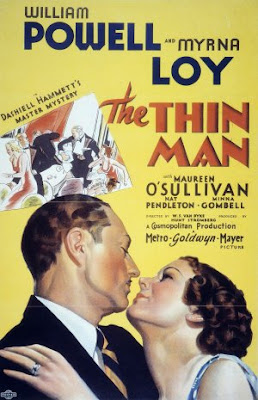 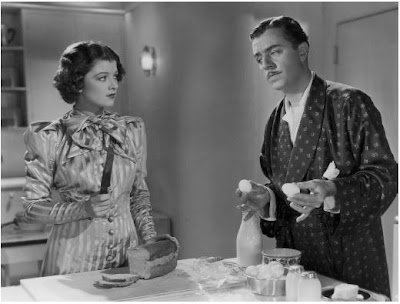 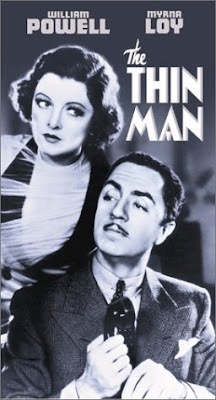