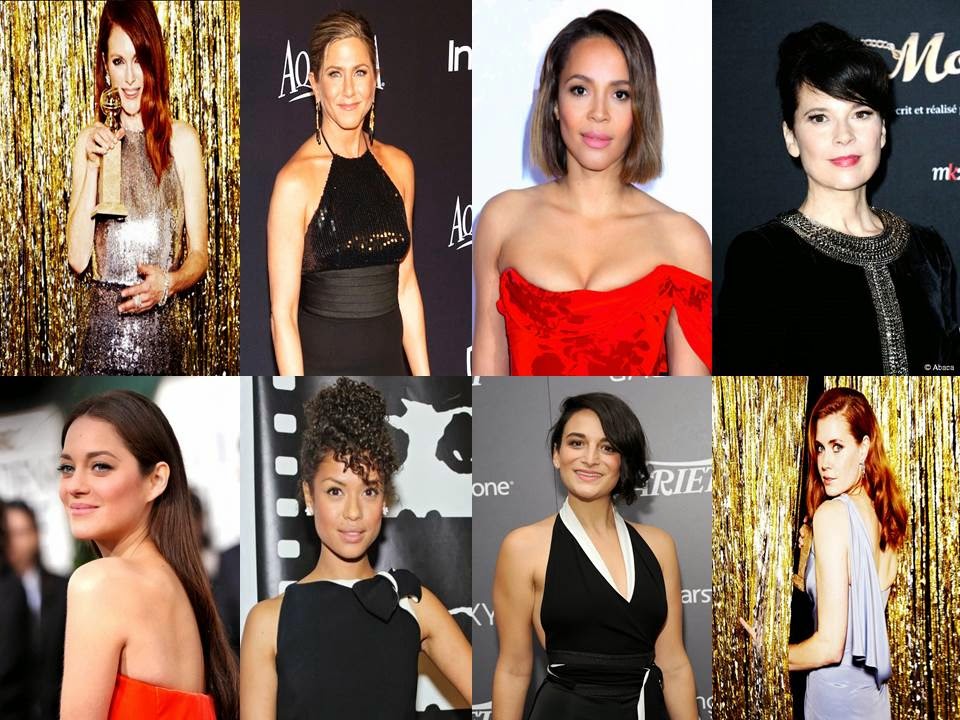 Best Leading Ladies of 2014 - Here at "Love Those Classic Movies!" we will celebrate the current classics being leading men, women, directors, films and more. This is the 1st Annual LTCM Awards for current classics.

The first category as one can deduce is the; "Best Leading Ladies" where the Top Eight will be celebrated. Here is my awards that I truly thought were outstanding roles played by outstanding leading ladies. My top eight are in random order (from top left to right in photo): Julianne Moore,     Jennifer Aniston, Carmen Ejogo, Anne Dorval, Marion Cotillard, Gugu Mbatha-Raw, Jenny Slate, & Amy Adams.

I truly loved all of these actors in these roles and specifically in these respective films. There are as in all year's runner's-up that are worthy of mention such as: Rosemond Pike, Rosario Dawson, Sienna Miller, Felicity Jones, & Essie Davis.

Now it is your turn my fellow classic movie buffs - Share with us your thoughts.
Such as:
What would your Top 8 Leading Ladies for 2014 be?
Do you agree or disagree with my list, why? 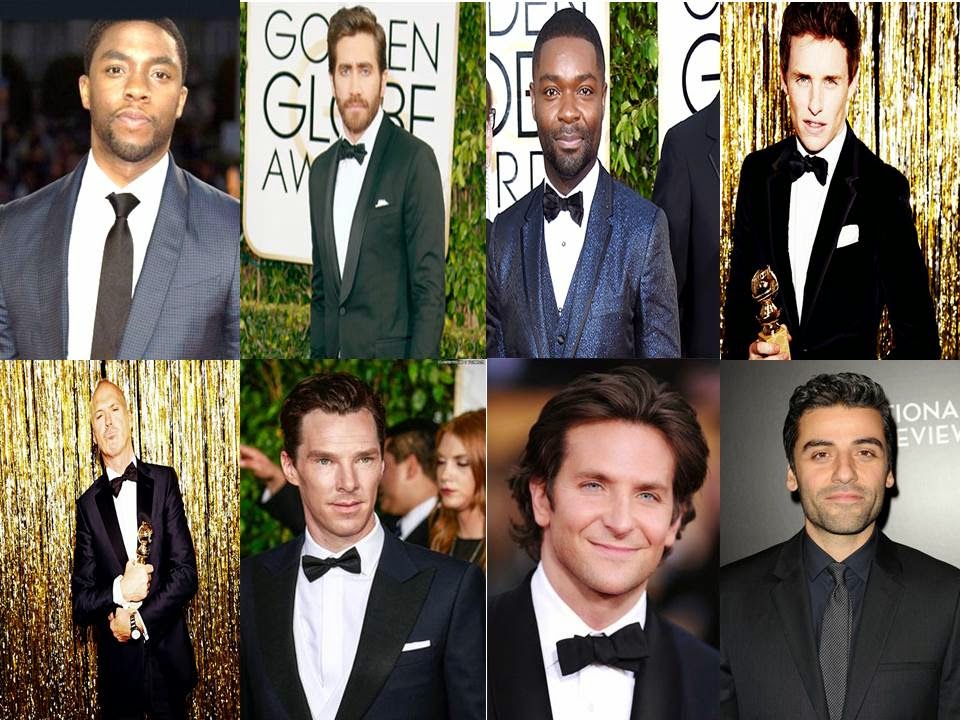 Best Leading Men of 2014 - Here at "Love Those Classic Movies!" we will celebrate the current classics being leading men, women, directors, films and more. This is the 1st Annual LTCM Awards for current classics.

The first category as one can deduce is the; "Best Leading Men" where the Top Eight will be celebrated. Here is my awards that I truly thought were outstanding roles played by outstanding leading men. My top eight are in random order (from top left to right in photo): Chadwick Boseman, Jake Gyllenhaal, David Oyelowo, Eddie Redmayne, Michael Keaton, Benedict Cumberbatch, Bradley Cooper, and Oscar Isaac.

I truly loved all of these actors in these roles and specifically in these respective films. There are as in all year's runner's-up that are worthy of mention such as: Bill Murray.

Now it is your turn my fellow classic movie buffs - Share with us your thoughts.
Such as:
What would your Top 8 Leading Men for 2014 be?
Do you agree or disagree with my list, why? 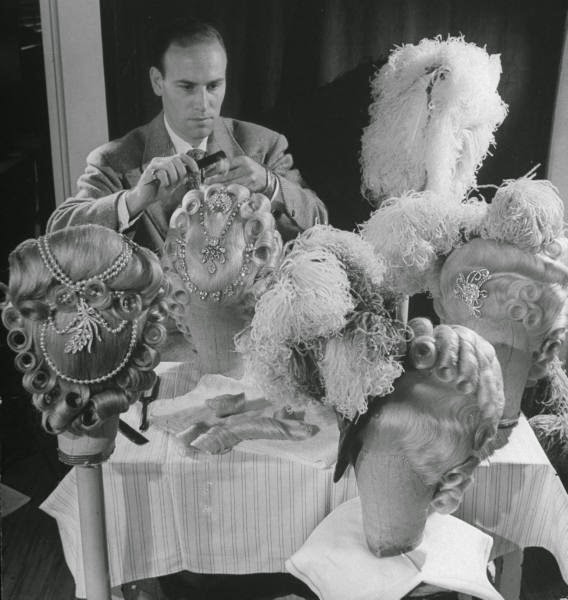 Sydney Guilaroff - the famed hair stylist whose art graced numerous leading ladies and men in Hollywood. Sydney is the very first to have his craft mentioned in movie credits. His work in the motion pictures was with MGM Studios which started in the 1930's and ended in the 1970's, what an impressive career!

Sydney's family resided in both Winnipeg and Montreal, Canada. He knew that dreams were going to take happen for him by moving and relocating to New York City. At the tender age of fourteen Sydney moved by himself from Canada to NYC where at the beginning was rough. The young man 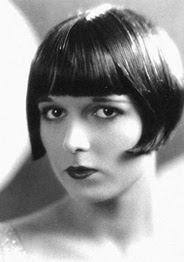 found the transition to NYC with no one he knew difficult at first and needed to find work which he did locate by doing stockroom work at the famous Gimbel's department store. During this period he had inconsistency with money and work where sleeping on park benches in Central Park happened.

Finally, Sydney landed an opportunity at a hair salon where he became the beautician's assistant. He started to take note of the work the hairstylist was doing and fell in love with the work and before he knew it was being mentored. During this time Sydney's wings bloomed to take flight where people took notice of his fine work and his clientele started to expand. The famed actress Louise Brooks got her famous bob from Sydney and also to note Miriam Hopkins and Corrine Griffith both legendary actresses were his clients. Sydney was making quite a name for himself in New York City!


Sydney Moves to Hollywood and Reigns Supreme at MGM!:

During his time at the famed Antoine's Salon in New York City, Sydney obtained another new client the famed Hollywood actress Joan Crawford. Joan Crawford loved Sydney's work so much that she constantly traveled from California to NYC for hair styling. MGM head Louis B. Mayer took Sydney as part of the studios staff as Chief Hairdresser since Joan insisted that prior to all productions she

was to travel to NYC and have no one else work on her hair.

Sydney did not see eye to eye with Louis B. Mayer and the contracts needless to say did not work. Rather than a contract, Sydney worked at the studio and no other doing what he did best which is the fine art of the leading ladies and men. During his time at MGM he provided his art to over two thousand motion pictures creating such dynamic work of art such as the beautiful ornate styles that Norma Shearer had in the film; "Marie Antoinette" to the huge all women cast of "The Women" starring Joan Crawford, Norma Shearer, Paulette Goddard, Rosalind Russell, and Joan Fontaine.

His huge mark that people will remember additionally is coming up with the red hair for the then blonde Lucille Ball. This idea of coloring Lucy's hair made a huge difference and her career simply went up with one of her trademarks, that bright red hair! Another is coming-up with the pig tails for
Judy Garland and her noteworthy role in "The Wizard of OZ" then creating Claudette Colbert's famous bangs. Other noteworthy leading ladies he styled for both the studio and personally were Grace Kelly, Elizabeth Taylor, Greta Garbo, Marilyn Monroe, Ava Gardner, and Marlene Dietrich. 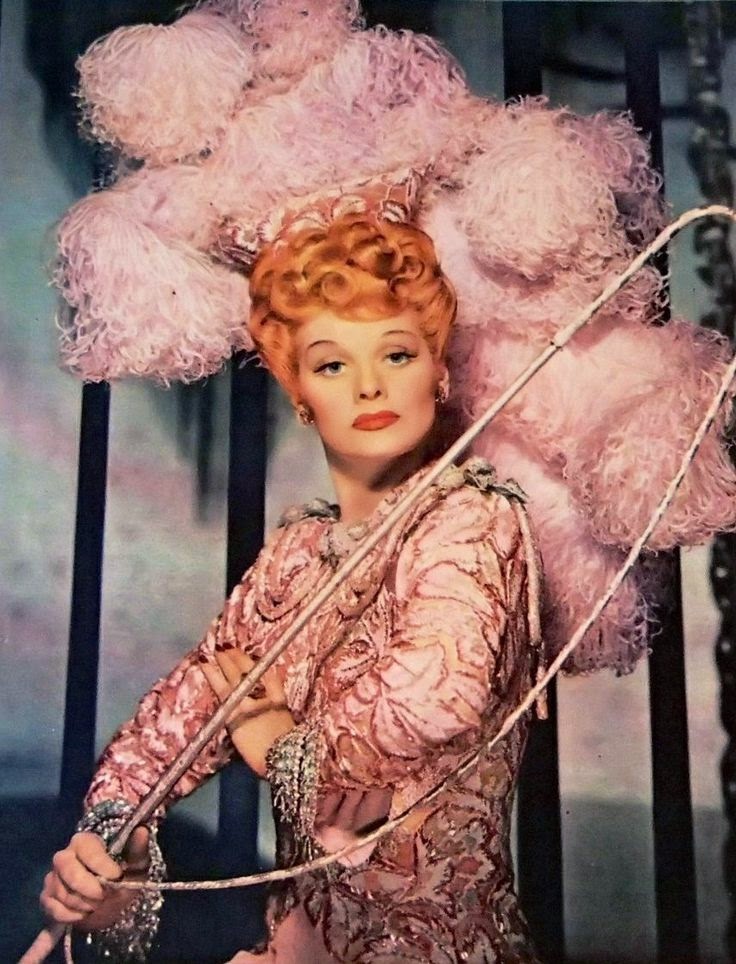 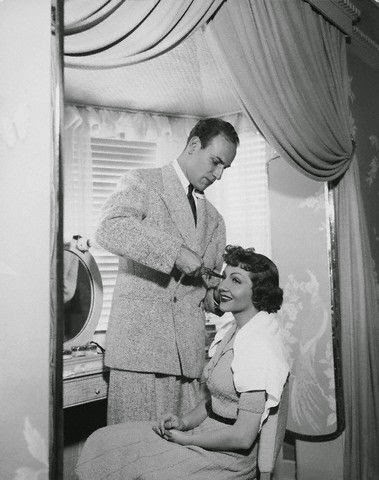 Sydney continued to style the famed after his work with MGM in Television movies such as; "The Two Mrs. Grenvilles in 1987 for stars Ann-Margret and Claudette Colbert amongst other projects.

In 1996, Sydney released his own autobiography entitled; Crowning Glories and in 1997 passed away at the age of 89.

Sydney was and still to this day one huge inspiration as to the classic film era and the art to it which will never be matched. 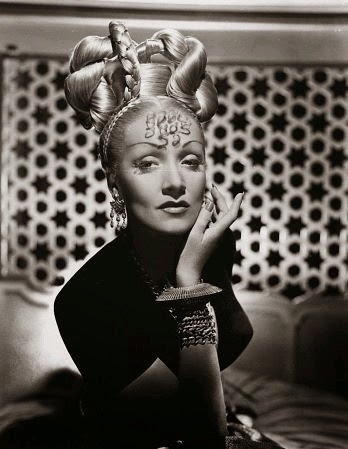 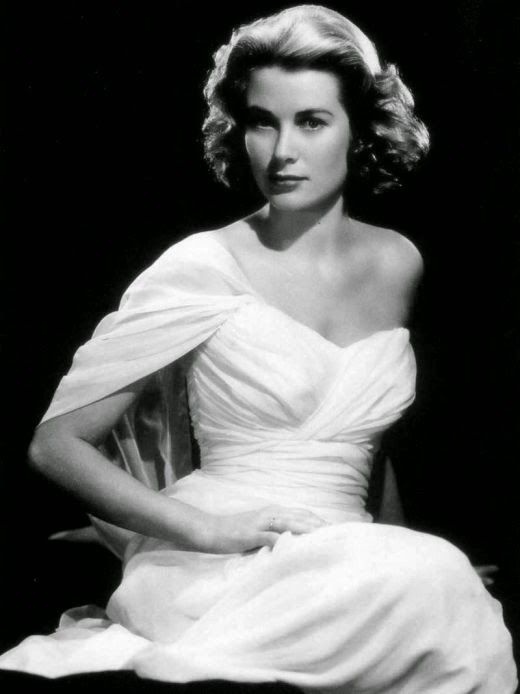 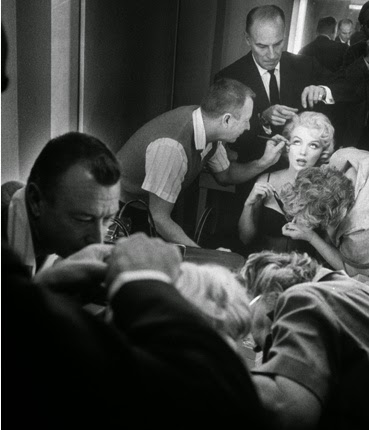 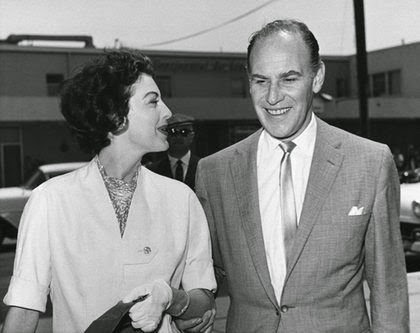 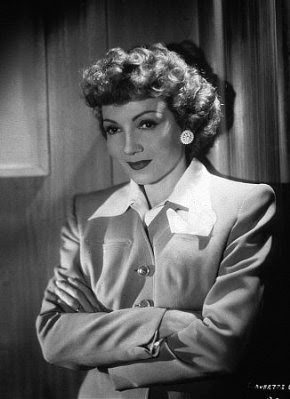 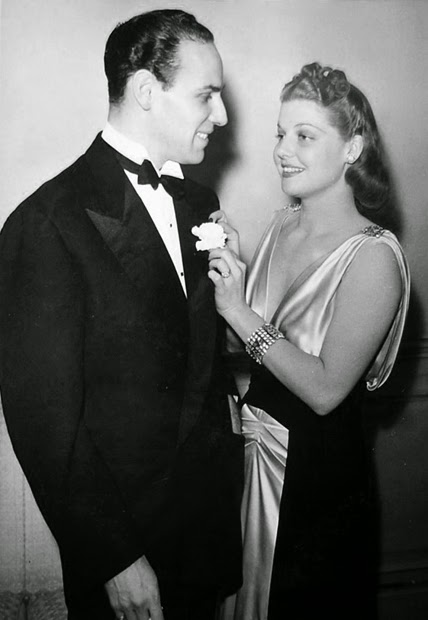 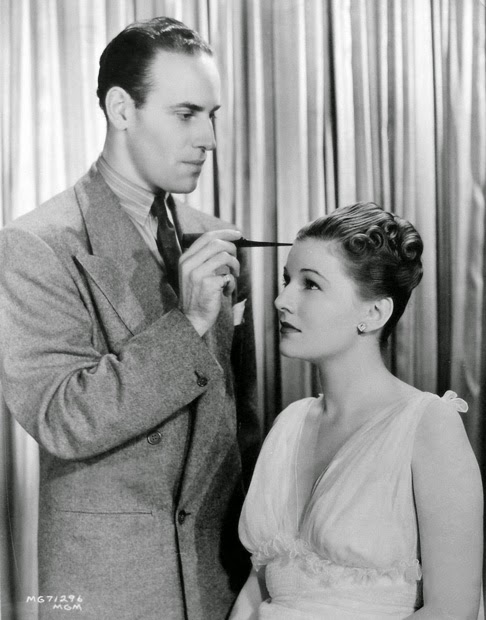 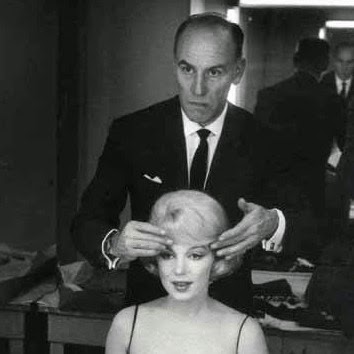 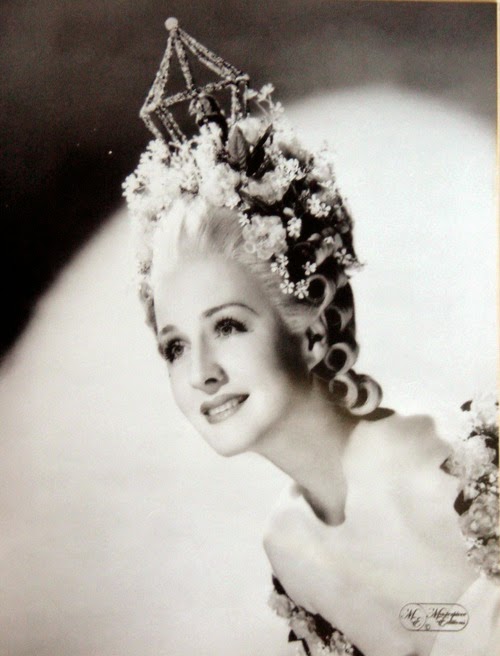 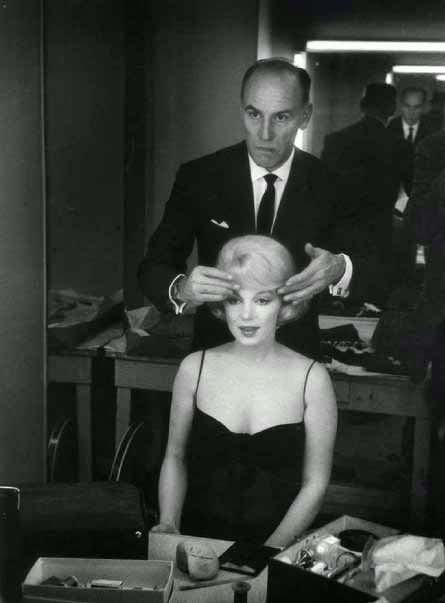 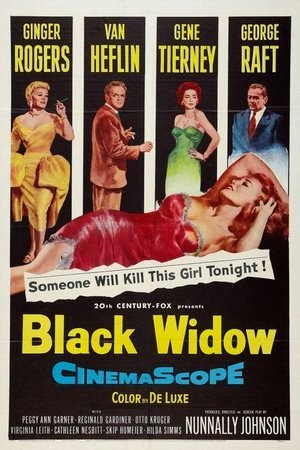 This is a terrific "Film Noir" done by Fox that takes pieces from other gems such as; "All About Eve" and combines them into a dark gem. This time rather than having a lead actor and actress we have an ensemble motion picture where questions what a young woman who is eager to have a 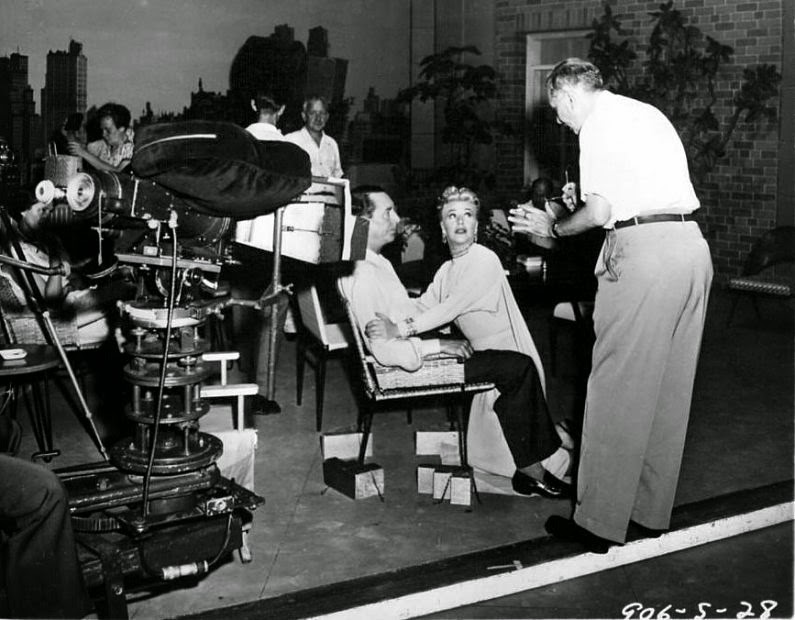 successful life truly go do such dark lengths to get it.....I truly love seeing Ginger Rogers light up the screen in the very few times in this film giving us rather than romance, dance, nor comedy we see her in a very dramatic role. I love the entire cast (honestly the least of my favorite of the actors is Peggy Ann Garner). I just did not like her more wooden approach to her role opposed to the veterans around her. 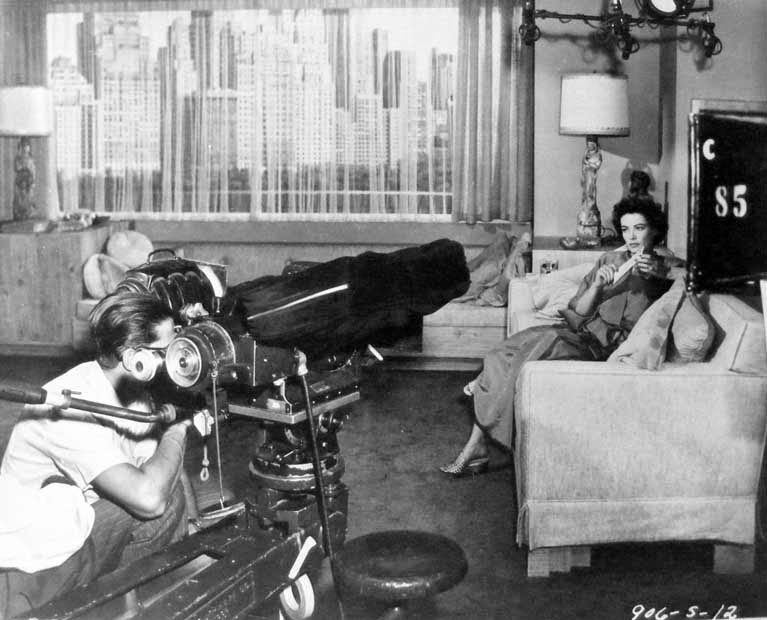 If you are a film buff whom has either enjoyed the genre of Film Noir or is looking to be immersed into it than look no further than this is one to have on your list! Gene Tierney is lovely in this film much more reserved and sits down all too often rather than being more up and active. This is one of Gene Tierney's last starring roles of her career and for a fan like myself it is difficult to watch and know that in the back of my mind. Van Heflin and George Raft work so well together as friends and the icy relationship of Ginger Rogers character with Van Heflin is my personal favorite where one can see that they truly are both very verbal and strong willed, never to back down!

Plot:
The period is 1954 and the setting is New York City and to be more exact Manhattan. We see that Peter Denver (Heflin) is seeing his wife Iris Denver (Tierney) to the airport to see her ailing mother. Peter promises to Iris that he will attend the lavish party of Carlotta "Lottie" Marin's (Rogers) and her husband Brian Mullen (Gardiner) before going home to rest. One can only see by Peter's response that he truly does not enjoy Lottie's company and would rather be at home reading. The importance of his attendance is due to Peter being a famous Broadway Producer whom is working on the current theatrical production in which Lottie stars in. The best face forward is the game that Peter needs to play for the evening and decides to do so.

The lovely home that Lottie lives in is filled with numerous amounts of people. Peter walks in and meets on the balcony a very lonely girl named Nancy "Nanny" Ordway (Garner). This young lady speaks quickly to Peter asking him to please say something to her. The rationale is that her mother told her that if a lady attended a party and within 30 minutes did not have a gentleman speak with her she might as well be over...a very harsh thing for a mother to say to her daughter! Peter is more than please to talk to Nancy and they exchange pleasantries. Peter is astonished that this young lady knows who he is as a famed Broadway Producer and invites Nancy out for dinner. Peter upfront states that as Nancy knows he is married and that this is for simply dinner out and nothing more. They both agree and start to exit the part until Lottie looking define stops Peter in his tracks. Lottie is shocked that her friend is leaving so soon and with this young lady. Peter assures Lottie that it is for a simple dinner where he then will be home in time to speak with his wife and tell her about Nancy so there would be no need of Lottie to do it. Then with judgement looked upon them from Lottie and some choice words from the actress to Nancy they both leave.

Both Peter and Nancy have a good evening out and Iris is in fact told. We then see later that Nancy 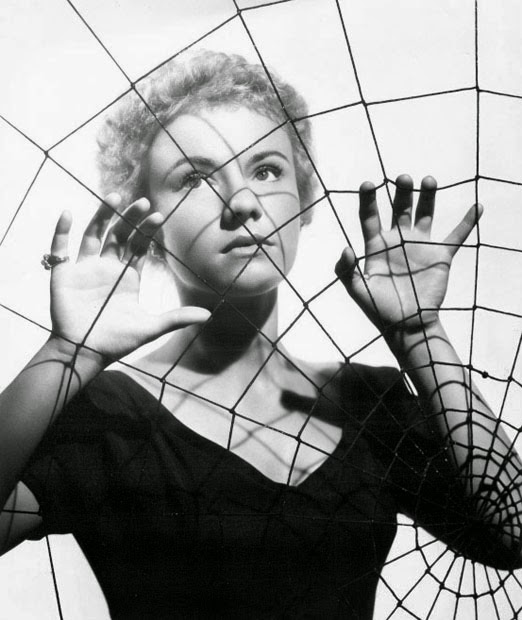 starts to see Peter more and more with dropping hints about being interested in him. Nancy with her conversation with Peter since they visit after their first dinner out finds out that Iris had an affair though ended years ago. This then also allows Nancy to use choice words of for her favor that Peter truly does not pick-up on. After roughly three weeks of both Peter and Nancy talking there is a set-up agreed upon. The agreement is that Nancy is a writer and needs a place of solitude to write which enters in Peter's home which she can utilize until Iris arrives home. Nancy goes to the apartment during the day to solely write where Peter is at work.

The whole situation starts to unfurl where someone is found dead within Peters apartment leaving at first one person identified as the prime suspect. As in any good film noir their are twists and turns that one can not simply make a quick whim of guilt, you never know whose the true killer until much later in the film! Such fantastic costumes made by the famed Travilla and once again Fox Films does an excellent job with this release. Let me know what you think of this Film Noir gen! 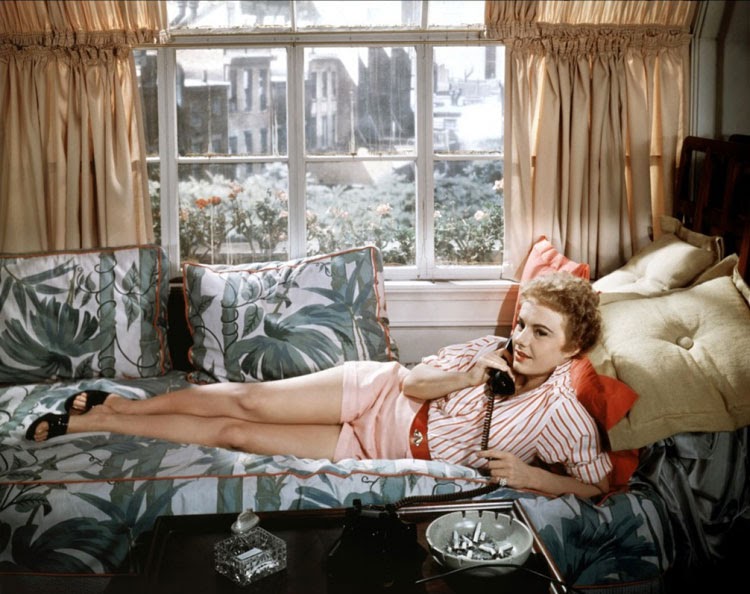 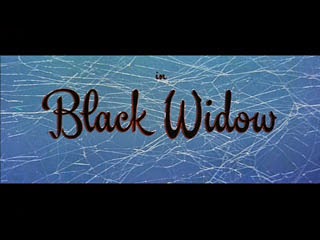 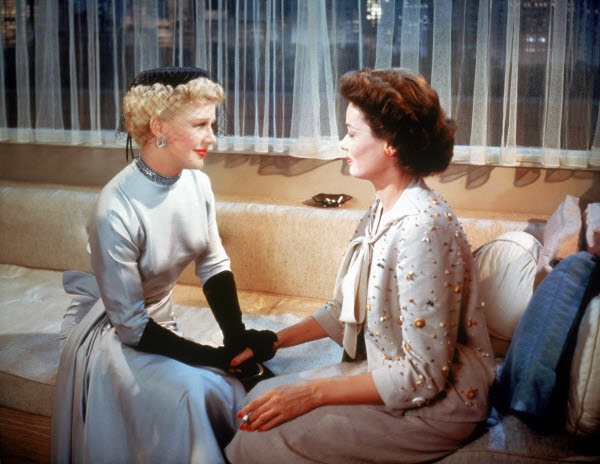