Gowns By Adrian: the artistry of Adrian Adolph Greenberg 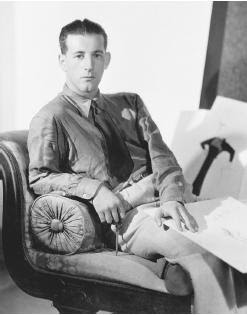 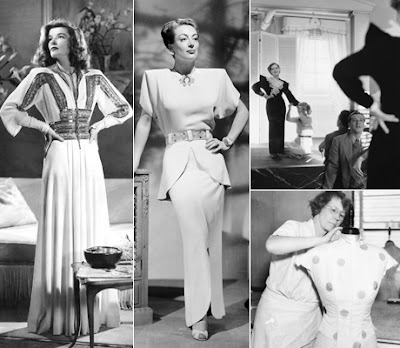 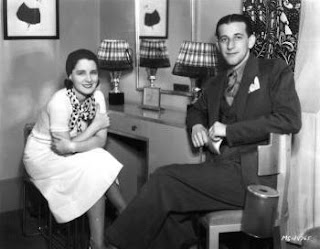 Adrian was born in Connecticut in 1903. By his 18th Birthday he was already selling sketches of designs he made to Broadway productions. Adrian already knew from a young age what he was destined for, high fashion! When college came calling he attended in the New York School of Fine and Applied Arts, Paris branch. By the early 1920's and a very short few month stint in Paris Adrian came back to NYC and started to design costumes professionally first and most noteably "Irving Berlin’s Music Box Revue" from there things just went upwards for his career. By 1924 Adrian moved to California and accepted a permanent position as doing all cosutmes personally for the famed silent actor Rudolph Valentino. This partnership gave way to Adrian's big success in the film industry. 1924 and 1925 he steadily had jobs in large films doing costumes and was moving up in the scene. By 1926, Adrian signed a contract with the legendary director Cecil B. DeMille to exclusively do all costumes for his FOX films. This partnership between the three: FOX movie studios, Cecil B. DeMille and Adrian was a lovely combination which lasted until 1928 where DeMille parted ways and went to MGM. DeMille took Adrian along with him to the new studio which proved to be the best move ever for the now famous Adrian.

MGM and the now famous "Gowns by Adrian" 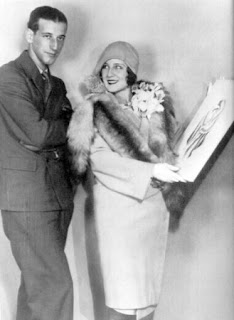 MGM studios made Adrian the chief designer for the entire company. Adrian stayed in contract with MGM until 1941 where he terminated the contract and left the business. In 1939, Adrian wed Janet Gaynor the famed actress whom they stayed married together until his death in 1959.  During his time at MGM, Adrian contributed to over 250 films to his credit "Gowns By Adrian" which one can see in every MGM film he worked on. Noteworthy, actresses he work alongside and made them visually a glamour queen are: Norma Shearer, Joan Crawford, Greta Garbo, Jean Harlow, Katharine Hepburn, Dorothy Jordan, Ruth Chatterton, Kay Johnson, Kay Francis, Marion Davies, Lupe Velez, Helen Hayes, Jeanette MacDonald, Una Merkel, Constance Bennett, Eleanor Powell, Maureen O'Sullivan, Virginia Bruce, Luise Rainer, Janet Gaynor, Claudette Colbert, Hedy Lamarr, Lana Turner, Judy Garland, Ingrid Bergman and many more leading ladies. Adrian during his time at MGM worked with all major leading ladies under contract in one form or another whether they were in a leading or supporting role (at least it seems the case when you see his roster).

Adrian's noteworthy film credits are such as:

Adrian's Impact:
One of my favorite pairings is of Adrian and Joan Crawford whom worked together for numerous films at MGM. Adrian is the first to place shoulder pads on Joan's suits which then lend itself to a big trend. Joan's shoulder pads and suits and the look all came from Adrian and his imagination. For Jean Harlow fans one will always think of her in those gowns which are the bias cut. (Fasion 101: bias cut is a cut allowed fabric to cling to the contours of the body. This clinging effect gave clothing a sleek and elegant look.) The look that Jean Harlow had in her bias cut gowns of the 1930's was due to once again the imagination of Adrian to start placing her in these very flattering gowns that captured her curves. Jean being a very curvy and beautiful leading lady made a perfect match for this cut of gown! Adrian designed the famous red ruby slippers worn by Judy Garland in "The Wizard of Oz." 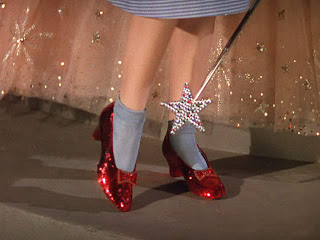 
Opened a couture/ready-to-wear business in Beverly Hills. Adrian smaufactured there and sold to numerous stores across the U.S. During this time he garnered many famous clients such as Joan Crawford whom he created the famous 1940's shoulder pad suit during this time. Adrian continued to work for his own busienss and create gowns for films on his own through the 1950's with great success.


Fans of Adrian:
Can find a lot of his work at The Smithsonian along with watching the film classics and two very good reads: "Gowns by Adrian : The MGM Years 1928-1941"  by Howard Gutner (2001) &
"Adrian: Silver Screen to Custom Label" by Christian Esquevin (2008)
both are beautiful books with many visually pleasing pictures of Adrian's work, a perfect coffee table read! 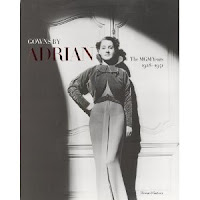 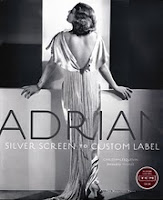 
Adrian's work will forever be remembered with the high attention to quality and detail in every gown he created.  I personally think he is my true favorite costume designer since growing up and the huge impact of Hollywood glamour is without a doubt a large doing of the famed and one word needed only - Adrian. 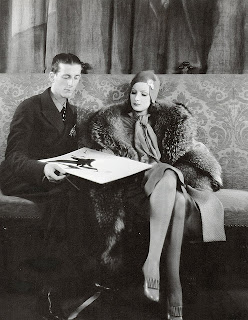 When departing and terminating his own contract with MGM Adrian's quote was this:

"When the glamour goes for Garbo, it goes for me as well." ~ Adrian 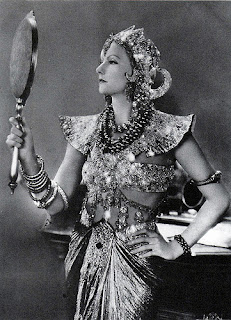 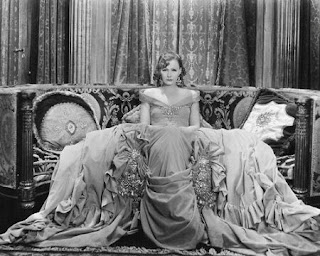 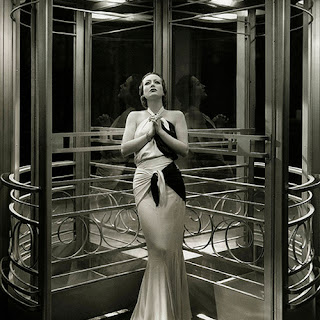 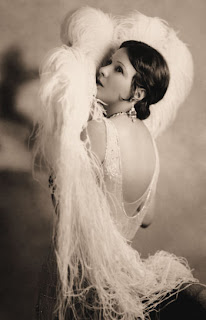 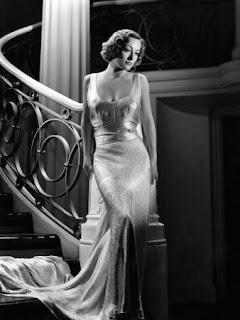 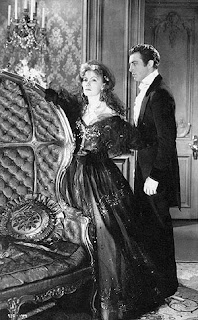 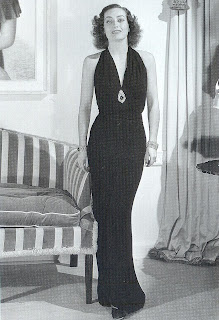 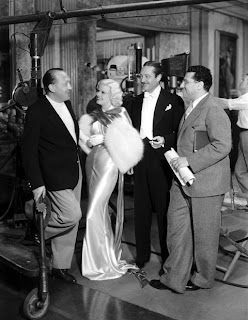 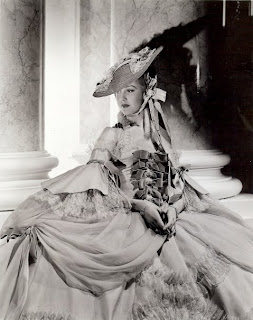 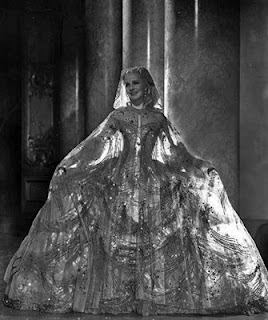 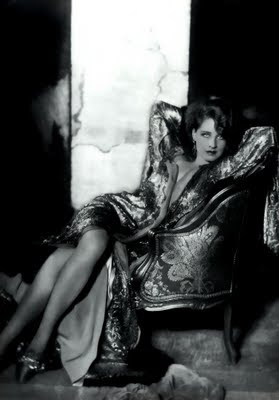 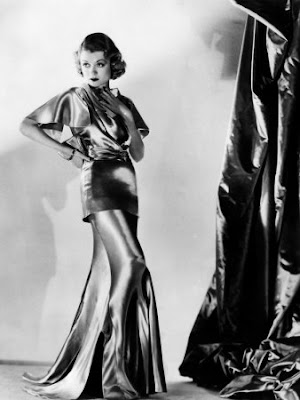 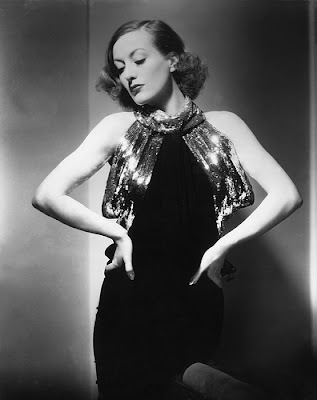 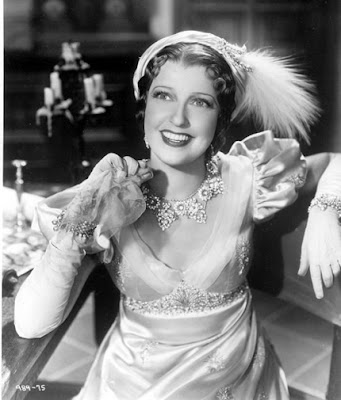 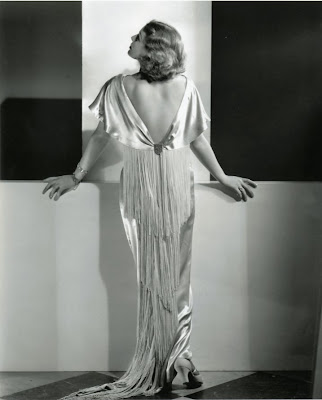 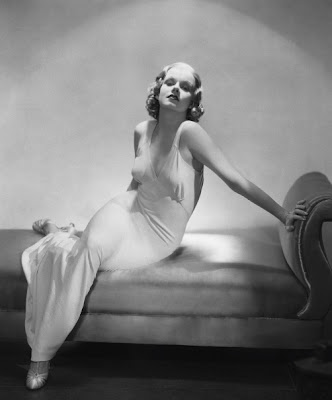 Email ThisBlogThis!Share to TwitterShare to FacebookShare to Pinterest
Labels: Adrian