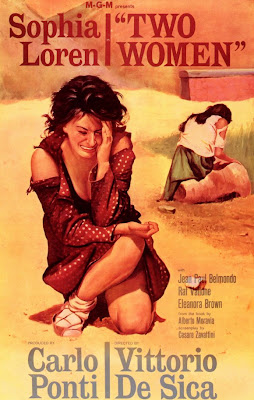 Notes from the classic movie gentleman: 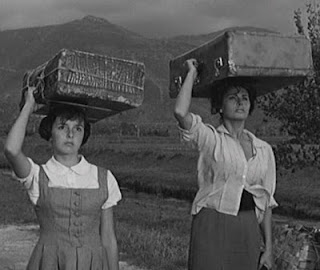 The very first time watching this classic was over this past weekend. I enjoyed the film though should have not watched the dubed into English version rather the Italian. Have never been much of a fan of duped films and would rather watch with subititles to get the real acting and overall atmosphere. That is the one complaint I have is loosing some of the power of the film due to it being duped. I highly recommend if you are to watch this classic to watch the original in Italian that is if it is a choice...now enough of me!!! This is a very real and darker look at what real people in Italy had to deal with during WWII which is not pretty. I appreciate how it was not made to be pretty at all but very dark colors and script which made this fan really believe he was there. 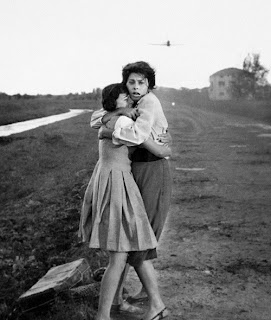 Plot:
"Two Women" is set during World War II in Rome. The movie centers on Cesira the single mother with a young twelve-year old daughter Rosetta (Brown). Cesira is trying to protect her young daughter from the ravages of war and decides to flee Rome for the countryside area of Ciociara. Cesira being a widowed shopkeeper was smart with all money earned from her business and saved every nickel possible. The trip takes awhile via a train ride with many soldiers onboard taking notice of the young mother then walking a good distance afterwards. During this travel the young mother and daughter meet a lovely older lady and her son's who are a-wall from the war. Then the trip is finally made to the mountainous village. 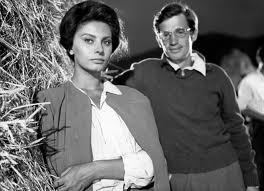 On this trip Cesira and Rosetta run into a young intellectual named Michele (Jean-Paul Belmondo) who has communist views. Michele and Cesira get along very well and start having healthy conversation which is very good for both. Cesira has not gone through a nice adult conversation and time with another gentleman for a long while. Days later in the village German soldiers show-up and need water and food from the fellow townspeople. Afterwards the soldiers decide to get out of the moutains they need to take one of the villagers with them as a guide. No one wants to volunteer so Michele is chosen against his parents wishes. Michele then is suppose to head back to the village but does not appear back so Cesira and Rosetta leave and find that he was found dead. The money that Cesira kept is now gone and next a turn of events that the mother always was able to protect her daughter is frightening done. No parent wishes such a horrible act done and Rosetta falls into a spiral downwards with life and her decisions. All of this kills Cesira which she tries to fix. The love a mother and daughter have for one another is great and the bond can never be broken no matter what. A very well done film. 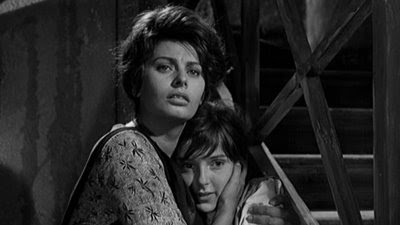