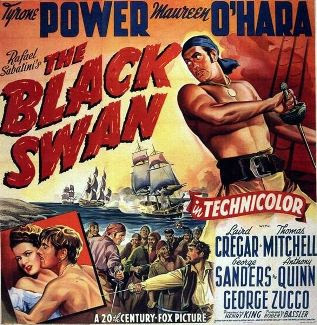 "I always sample a bottle of wine before I buy it. Let's have a sip, see if you're worth taking along."

I love this quote!!! lol 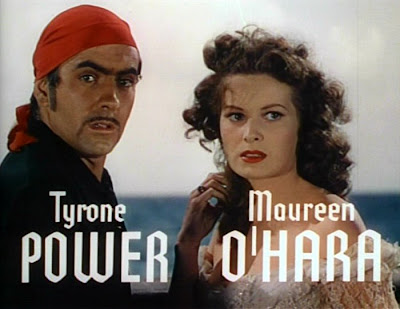 Seas Ablaze...with black villainy, with fiery romance, with breathless deeds of daring...in the roaring era of Love, Gold and Adventure!

Notes from the Classic Film Gentleman: 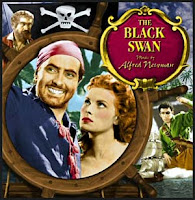 I have always loved this film ever since watching it when growing up. The bright technicolor for the film is perfect especially for the stunning Maureen O'Hara with her fiery red hair! Maureen makes a good and very strong leading lady to Tyrone Power and loved that she was not a push over. My introduction to Tyrone Power was through three films: "Marie Antoinette,"  "Alexander's Ragtime Band" and "The Black Swan" with each being diverse. A dramatic, musical and comedic/action side to Tyrone Power and to me he shined in each genre. After my Tyrone Power intro 101 and determining I really enjoyed his films growing up came others. Later came "Blood and Sand" "The Mark of Zorro" amongst others for my further viewing pleasure and enjoyed each for different reasons. Now let's talk about "The Black Swan"!!!! 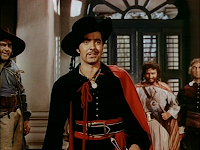 Ex pirate Henry Morgan (Cregar) has taken the position of Governor of Jamaica from Lord Denby (George Zucco). This is due of finding the error of his ways and has agreed to eliminate people of power of the island and others of rank whom pose problem. Both the local people of Jamica and the pirates that plunder the local seas do not care for the new Governor. 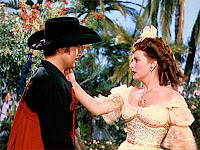 Captain Jamie Waring (Power) along with his lieutenant Tom Blue (Mitchell) with a heavy heart decide to go along with there old friend Henry Morgan and give up the practice of the pirate trade. However, there are other pirates such as Captain Billy Leech (Sanders) and Wogan (Quinn) that are refusing to let go of the pirate trade and side with the new Governor. These pirates are going to what it takes to keep a lifestyle that they truly love and do what it takes to get rid of Henry. On one of many actions prior to the new Governor being put in place Jamie has a run in with Lord Denby's daughter, Lady Margaret Denby (O'Hara). From the first site of Lady Margaret Jamie is taken back by her beauty. Margaret is a very fiery lady and is not someone to be simply pushed over and told what to do. Intimidation is not going to easily work on this lady. Jamie later finds out that Margaret is engaged to an English nobleman named Roger Ingram (Edward Ashley). To Jamie's amazement he finds out that Margaret's fiancé is a spy for the pirates and is selling them information such as treasures on ships and when they are set sailing.

The pirates Captain Billy Leech and Wogan are not to be stopped. They are massing a great fortune thanks to working alongside Roger Ingram. That being said they of course are not stopping and continue to do there deeds on the seven seas. With these issues going on it looks that perhaps the new Governor is questionable to the homeland. This is where Capatin Jamie comes in and has to help the new Governor prove that he is innocent of pirating and looting ships and clear his name. To do so Jamie decides to set sail and take matters in his own hands. With doing so he decides to take the beautiful Lady Margaret by kidnapping her and then they set sail for a long journey. 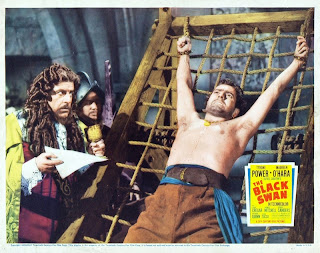 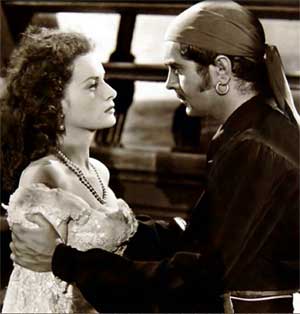 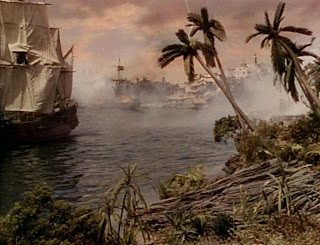