Five Easy Pieces (1970) Nicholson & Black are a couple with issues. 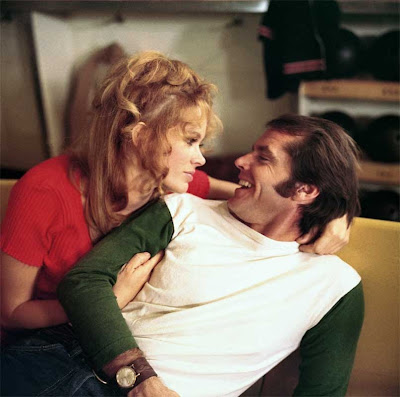 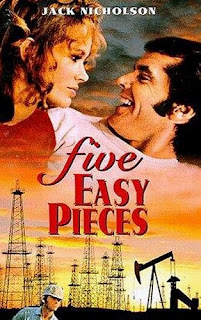 A Tammy Wynette starts off in the background at the oil rigs singing "Stand By Your Man." We then see Robert "Bobby" Eroica Dupea (Nicholson) who is hard at work doing the oil rigs and then driving back to his little three room apartment that he shares wit his girlfriend Rayette Dipesto (Black). 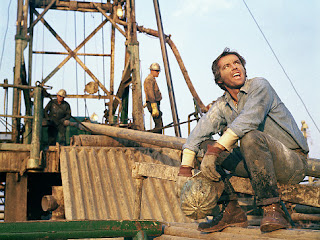 Rayette is a waitress who dreams of being a singer.

Bob has a blue collar life where he does not have a lot of money, works hard and enjoys his life with his friends and Raynette such as going on a double date bowling night out. After the group leaves Bobby sticks around to have a moment to himself and to pay for the beers. He sits and just seems to be overwhelmed. Two ladies that call themselves Bettie (Sally Struthers) & Twinky (Marlena Macguire) start to hit on Bobby who mistake him as a local on air personality and he loves the attention. He leaves and says to them "wish I had more time..." He then leaves and goes over to see Rayette who is parked and sad in the driver's seat. She thinks they are over and is always mad and is very frightened that someday soon Bobby will up and leave her forever. They kiss and make up. Then we are brought to the next day where Bobby is working hard at the oil rig and him working hard. His good friend Elton (Billy Green Bush) who they are best of friends spending all the time together whether it is bowling, working, and having some extra fun with Bettie and Twinky this seems the daily rituals for them.

A horrible traffic jam has the two wait while Bobby finds in the back of a truck a piano and simply plays and finds himself driven the opposite direction. He eventually that evening finds his way back home to go see Rayette who is working at the diner. Bobby is gone for one entire night due to his 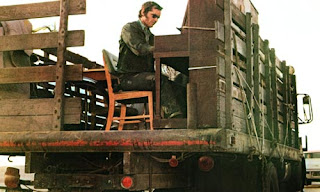 foolish fun on the piano and of course Rayette gets no communication from him and is mad at the possible games he is doing.

Bobby after spending an evening with Rayette and doing another double date with Elton finds out that Rayette confided in him that she is pregnant and is scared to death on telling Bobby. Bobby is sick and tired of the work and how his pal Elton compares each other and he things they are not even close to the same. Bobby up and quits his job then and there just simply unable to deal. Then sees two men in suits over trying to take and rough up Elton. Bobby goes over to rescue and fights them off and then finds out Elton is being accused of robbing a filling station nearby of money and is then arrested and taken away from the work site. Bobby is left by himself stunned and not knowing what to do next in his life that is seemingly going downward fast with no safety net.

All of this has Bobby jump into his car with a suit on and go and see his sister; Partita (Lois Smith) in Los Angeles who is also a pianist. Bobby finds himself meeting up with Partita in a recording studio playing a masterpiece for an album. They both see one another and embrace. Partita cries from 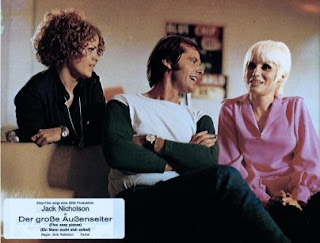 missing her brother and not seeing him since he ran off. They both play and Partita catches him up on the family. He finds out that his very whom he is very estranged from is very ill and had two strokes. Partita states that he may not have much longer to live and urges him to see his father at least one more time in Washington State. Partita offers to drive him up since she is going there as well but decides to drive himself up and stay for a week at the most and then perhaps head up to Canada. His life is in a true crossroad.

Bobby before leaving to see his father heads back and has some fun and then heads home to see Rayette who is out of it listening to Tammy Wynette sing; "D.I.V.O.R.C.E." Bobby tells Rayette that he has to leave now to go back home and will try to call her while he is up there. Rayette is very depressed and cries into her pillow. Bobby being cold tells her that he will try to send money to her while he is away and that is all he can do. "Bye Ray" is the last thing he says and then walks away. Then he decides that right thing which is to take Rayette along with him back home and she is thrilled. They have a very enjoyable drive along the coastlines and enjoying each other company.

The run into two ladies who have their car off the road and wrecked. Both ladies together are pissed on the person who sold them the car and it was a dud. They want to head to Alaska where it is "Cleaner" and so they will need a ride up to Washington State as well.

Prior to approaching home Bobby drops Rayette off at a motor lodge where he thinks it would be best for the overall situation. He says that he will be a few days and be back. Then off on to the large old yellow home of his father's. Piano is being played from inside as he walks in quietly. Bobby walks 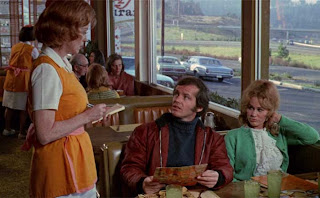 around to what seems an empty home other than the piano music being played. He walks into a room where two people are playing and then into another where Partita is cutting their father's hair. During dinner Carl (Ralph Waite) Bobby's brother is there along with Catherine Van Oost (Susan Anspach) who is engaged to Carl. Bobby has been away for at least three years so it is a bit of  an awkward visit.

Catherine and Bobby start to talk and are very different people but start to enjoy each other's company. Bobby tells everyone of the past that he was practicing arrangement on the piano for Las Vegas shows so now we find out that he did use his skills as a gifted pianist in the past and then dropped it for whatever reason.

A phone call is made to Ray and he says he needs more time and will try to call in a few days. Ray seems to state that she may just leave since being alone and forgotten about. Bobby says he will call and is she is gone she is gone. More time is being enjoyed by sports and laughter between everyone. Carl decides to take his car and take the ferry over to the main land leaving Catherine home. Partita decides to use this time to get to know the man that is there as a care giver for her father. Later, Catherine walks in on Bobby resting and asks him to play something for her. He gets up and decides 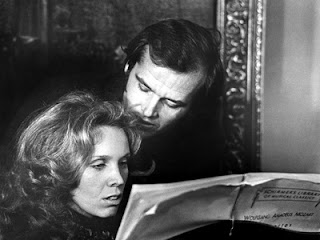 to appease her by playing a lovely tune.

Catherine and Bobby have a lovely night together since Carl is out of town and decide that the next day they will spend the night again. Unknown to Bobby, Rayette shows up and enjoys a nice dinner with everyone. Carl mentions that she is more than welcome to stay with them and Bobby not being the most thrilled of her surprise appearance. Bobby needs to get away and heads to a local restaurant for a drink near the docks.

On a cold day Bobby takes his father out who really cant speak but can hear. Bobby talks to him while his father is in the wheel chair who can not share in the talk. Bobby talks about their relationship and how bad it turned out to be, wanting to repair it, being lost in life etc. A good conversation that released things from Bobby. Rayette and Bobby are now off to set off for home. The question now is what will the future hold for the couple? 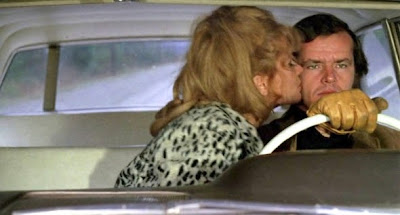 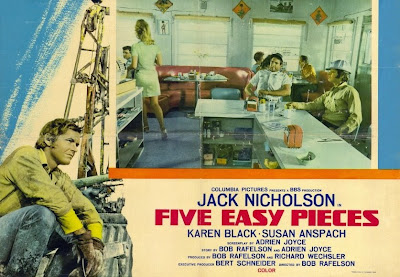 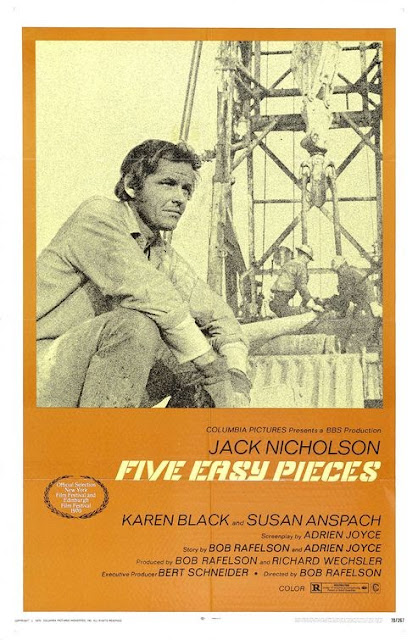 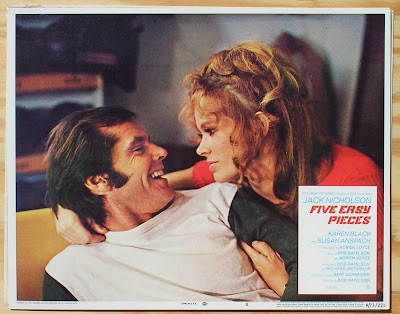