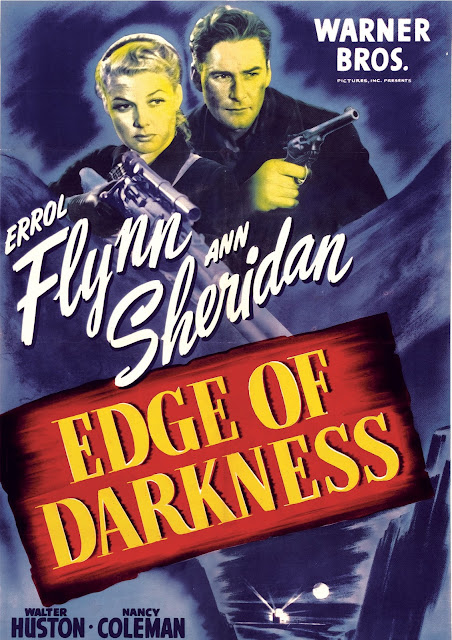 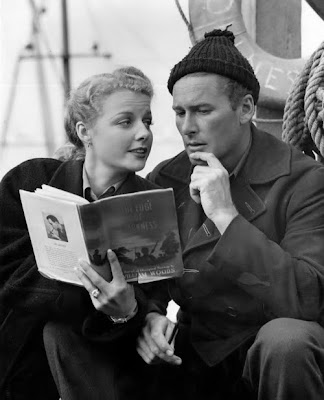 This is a motion picture that was filmed at the height of WW II in 1943. Film studio; Warner Bros. was known to take big stances on very politically and global events and showing it in a more real life manner. In this classic they continue to do the same and do a great job at it. This is a wonderfully acted film that allows Errol Flynn, Ann Sheridan, Ruth Gordon, Judith Anderson, & Walter Huston.

At the height of WW II, we see that a small fishing village in Norway that is controlled heavily by the
Nazis. The Nazi soldiers are out numbered but the towns people do not have the weapons and are ruled overall by the fear of the killing and other cruel actions that will be taken to them. The town is needless to say very paranoid that they if not careful are going to be removed as they were treating people in concentration camps. This is a fictional town and story but every moment is exhilarating as to what people will do to unite and stay true to their values and not allow others to change them.

At the very beginning the Norwegian flag is flying high within the town which is in October of 1942. Almost everyone as we see through out the town is dead and then we flashback in the rest of the film to see what led to this certain end of the reign of the Nazis within this town.

There are a few people that the Nazi's are keeping an eye on since potentially going to create issues later such as the town's doctor; Martin Stensgard (Huston) and his mild manner wife Anna (Gordon). The leader of the resistance is Gunnar Brogge (Flynn) along with Karen Stensgard (Sheridan) who is daughter to the doctor. Both work hard together to work with others within the town to meet within 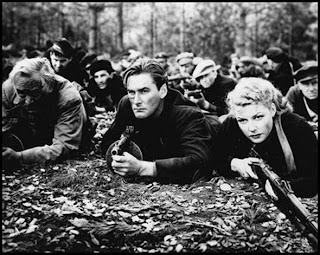 the church during what is suppose to be the priest speaking to his congregation though is helping with getting things together to fight and creating ideas to stay strong over the Nazis. Martin's brother-in-law Kaspar Togersen (Charles Dingle) is one of the town's most wealthy and is the owner of the local fish cannery. Martin works on the side of the Nazis and is going to support them in anyway possible.

We find out that Anna is happy about the return of the son; Johann (John Beal) who is back to visit his family. The rest of the family is not so happy since they know that Johann is under the influence of the Nazis as well. They have to be as a family be very guarded and to try to keep the information away from Anna. The secret comes out to everyone that Johann is not with the town and the tides turn.

A turning point finds that the Nazi troops decide one day in the common to have the conspirators line-up and dig their own graves in which they will be shot to death. The town watches through windows as the Nazi troops watch and get ready to end their friends/loved one's death. Only we hear the far cry of people within the town marching to the square with weapons and a never give up mentality. Arm by arm locked they march to the town's square where many find their end and then rescue the others to be shot and take over that area then march onward to win back the entire town. People reveal their true feelings and it is a true gem of a movie that I am very happy that Warner Bros took their time to release. 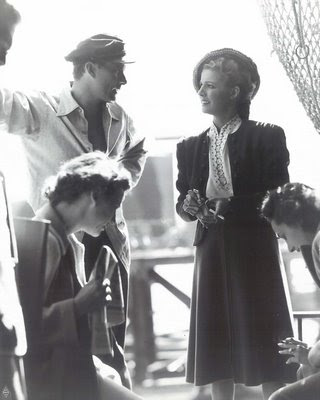 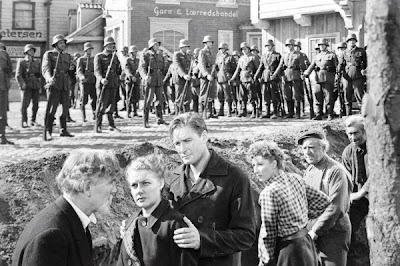 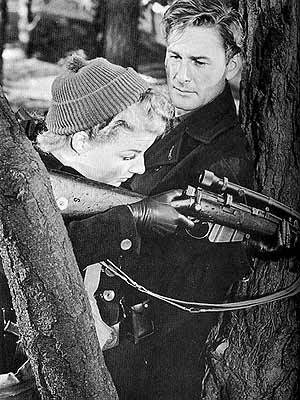