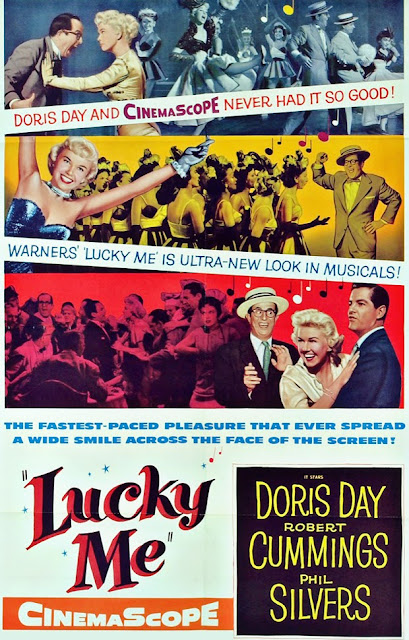 The beginning we meet Candy Williams (Day) who is a aspiring starlet who has only been on stage for 2 months and that is it, in other words her career is only beginning! Candy on her way to work sings a tuneful song: "The Superstition Song" which is very true for her life, always very careful. Candy is part of a struggling acting troupe at a lovely theater but it seems that they are not taking off. The theater for show's is never a packed house often only a handful that are not responsive. It gets 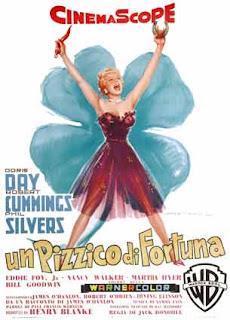 very frustrating for the troupe who is helmed by Hap Schneider (Silvers). Apart of the troupe is the other leading lady Flo Neely (Walker). They all do a musical number called; "Men" and the theater is so irritated by the poor response he ends the troupes show with bringing the curtain down early and starting the movie early to try and keep people.

The troupe is now homeless and not sure where to go. The "Crystal Room" is where Candy dreams of going performing at which is huge and very swanky venue. The "Food By Anton" and the lovely hotel which has the "Crystal Room" is where Hap decides to take everyone for a very upscale dinner and works with a fan which happens to be a police officer named Mahoney and asks him if he could enter the restaurant and pretend to bring them to jail in order of not paying the bill. They all eat like kings and queens at the very posh place. The police officer while they are at dinner is placed on another area for his work so is unable to help in the scheme and then it all falls apart. They all end up working in the kitchen to pay off their debt of the bill which is hard labor.

Dick Carson (Cummings) is a producer of musical theatre and is working on a new project. Flo is working at the hotel where they now from breaking a statue need to work off more debt and she hears that the famous Dick Carson is right there in person. Flo dances and then comically is done. Lorraine 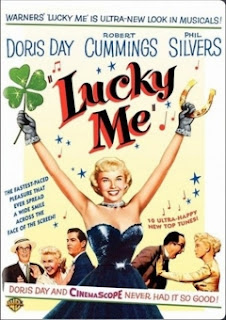 Thayer (Hayer) a daughter is a wealthy oilman and is dating Dick. The hope is that Lorraine's father will finance Dick's next show and he is keeping his fingers crossed for that.

Candy and company hear about the possible work with Dick Carson she hurries over to the hotel to meet him. Dick runs into Candy and gives her ride as they both get acquainted. Dick finds out that Candy works within the kitchen of the hotel and he is a mechanic (well at least that is what he says). With the anonymity he thinks he could get to know someone without the fame and see if she would date and get to know him. They share a nice ride together while talking and decides to go on the date since the card reader told her she would meet a mysterious man which is this supposed Eddie (who is really Dick) and things would go great. More lovely tunes are sung like "High Hopes" "Love You Dearly" "I Speak to the Stars" and "I Wanna Sing Like An Angel." Candy and Eddie get to know one another and fall for one another. Will Dick be able to keep up the charade as Eddie and win over Candy or will she find out and then what? Watch this 1954 musical from Warner Bros. that originally Doris did not want to make but did it due to her contract and with her professionalism still puts her all. 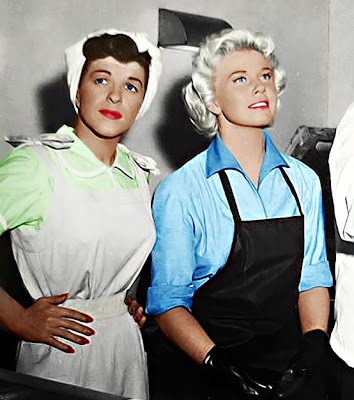 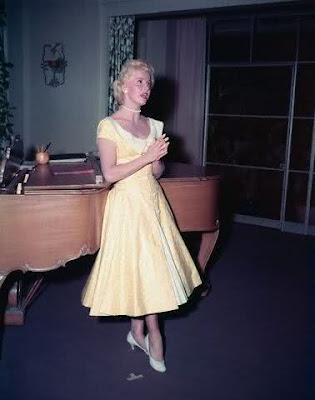 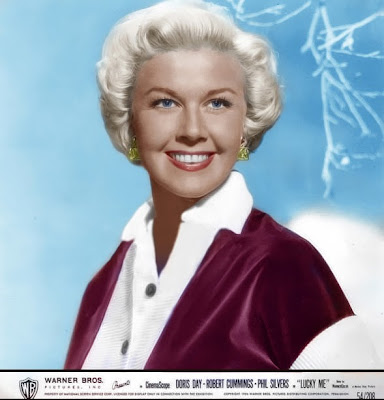 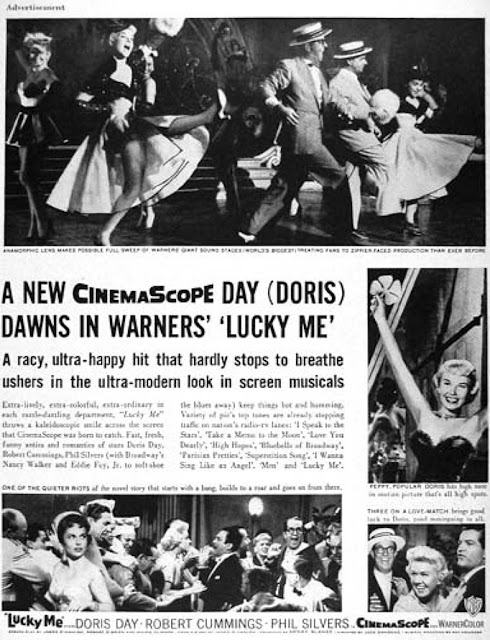