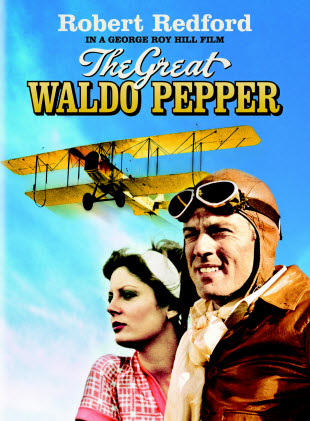 We begin in Nebraska 1926, farmers look up into the sky due to hearing all of the noise from a plane. Then the plane right over the farmer's son comes to a landing with great fan fare. It is no one other than Waldo Pepper (Redford). Waldo starts talking to everyone and invites them to join him with a free ride with such a great pilot and plane. Everyone is all over him and the farm boy is more than willing to run and get the great pilot more gas that he needs as back-up and to see him off. Everyone else that goes in pays five dollars and he is making some good money from this one landing in farm country.

Waldo at the end of the day looks over his new found stash of money and is thrilled. Finally, the boy who was promised gets his turn up in the bright yellow plane and he loves every moment.  Waldo since WWI did barnstorming and uses his money from paying customers in turn in Nebraska. All money he gets goes into a new biplane for air aerobatics.

According to Waldo he is not the best pilot who is Ernst Kessler (Bo Brundin) ; German fighter pilot 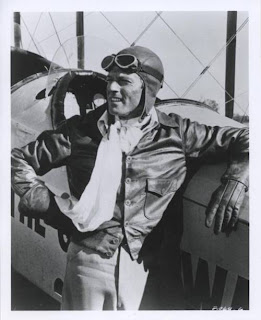 who shot down many people. Waldo in the war saw Kessler and shot down the escort plane and then saw that the 4 planes against him; 3 Kessler shot down. Kessler and Waldo fought one another and then when it was one on one Kessler saluted and flew back into his countries lines. This seems something that is still unresolved between the two great pilots in the air.

Other pilots in the mid-west are trying to make their money the same way by hitting local farm communities for rides and to earn some money. Waldo sees another pouncing on his territory and states that Nebraska is his but this newbie says he is now there. Axel Olsson (Bo Svenson) is the pilot's name and thinks he has it over Waldo saying that he is the winner but....little does he know that Waldo loosened a wheel from Axel's plane so when he lands he will crash. Axel is mad and Waldo states for the fans this is all about the show and that he will crash right into the lake just for them! Waldo takes the money before Axel can arrive back and has all the people run into the water area to watch the crash take place. The crash happens as planned and off goes Waldo in his plane with new found money. Now this will be a true team from the start!

Mary Beth (Sarandon) is a lovely beauty watching a silent film in the local movie house exactly in front of Waldo and she catches his eye. He reaches up and talks about the movie to her and then sits in her row to talk. Mary Beth and Waldo go out for drinks afterwards and talk about his career in the planes and who walks in is Axel, yikes! And of course Axel is dating Mary Beth and Axel grins and they smile and play nice in front of Mary Beth. Mary Beth is gushing over the Kessler and Waldo 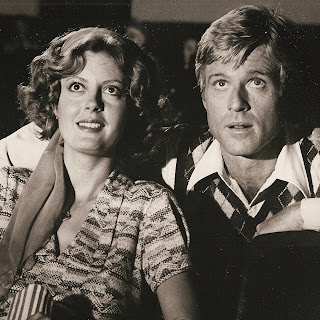 fight and the salute that was given and left to not fight Waldo. The whole story Axel knows is a lie and calls him out and they leave unhappy. Waldo still had unfinished business and wants to find his glory.

Ernst Kessler is in town doing shows for the hundreds to appear to hear about this great pilot who now is doing shows to earn money. Ezra (Edward Hermann) is a good friend to Waldo and is a builder of biplanes and has a blue print of the new wave of planes. Waldo of course has to attend the big event to watch Ernst and see his great stunts that made him be #1. Ezra thinks that Waldo can and will beat Ernst to be the best. The new plane is awaiting an engine and slowly but surely all of Waldo's money going toward paying his new plane off that Ezra is putting together. Someday Waldo will have a great plane and be able to go against who is truly the best. Waldo wants money so talk to the planner of the plane shows and agrees to add him if he finds something that is near death.

Axel and Waldo team up and decide to make money together on a great stunt which does not start off in the best step. Needless to say have on Waldo is bandaged where upon heading home his girl Maude (Margot Kidder) goes through the roof seeing all the bodily damage he has. Maude helps take care of Waldo. He thinks of marriage and Maude does not think that is a good idea and with the work he does it is not proper for a lady to be in a plane and she gets sick. A rough situation to make things work for the young couple.

Finally comes the day that Ezra unveils the new plans to Waldo which still seems to look rough. The numbers are great and the last great move called Outside Loop that even Kessler could not do this plane being built could do it. The idea is to earn more money and get the plane everything it needs to make the team very rich and famous for being the first to succeed in doing the special move. Now 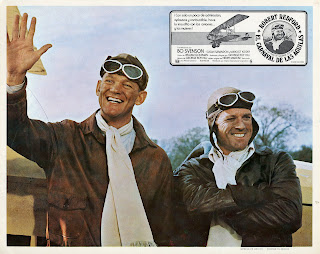 comes the big aerial shows and Axel and Waldo fly together and practice a move that will earn them a spot for appearing and earning money. The first is for Axel to step and stand on the wing only and that does not workout well. Now it is time for Waldo to step out and try the same move where he steps onto the wing standing with no ropes nor anything below him other than the wing and ground below. It works where Waldo climbs onto the very top of the wing and stand tall right on it, what an amazing move that will get them big money!

Now time for the show and the partners do great work in special moves. The shows goes on the road all around Nebraska to make money and try new things to make the show the bigger and better. The plane that will get them the fame is not ready for awhile and in the meantime they need new moves to get money coming in. Mary Beth becomes part of the aerial shows and in her first appearance freezes out on the wing which spells serious danger fro her and Axel and on comes Waldo and another fellow member to rescue. Waldo goes over and in a shallow dive heads on the same wing to rescue Mary Beth, this is such a great aerial scene. A horrible accident unfolds. The Air Circus is now being shut down by the requirements set. This grounds the entire group and ends their shows until they make big changes.

Time is changing and Waldo is being tested as to the next step he should take. The plane is done and the decision needs to be made if Ezra flies the plane to do the impossible move or no since Waldo at this time has been grounded. The decision is made for Ezra to try to execute the move. Life becomes that much more traumatic for Waldo where he heads back home to be with Maude. Only then it is decided by the Federal Commission that he is permanently grounded.

Hollywood is the next step where Axel is acting as a stuntman and now perhaps this is the new place for Waldo to shine. 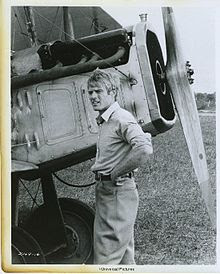 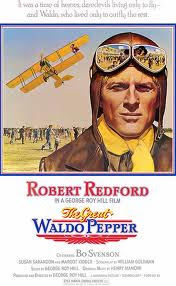 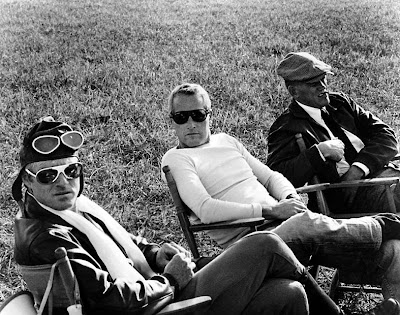 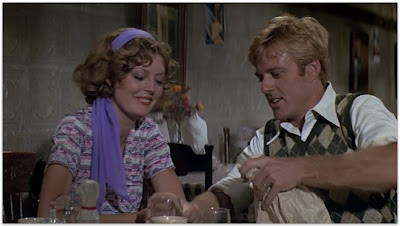 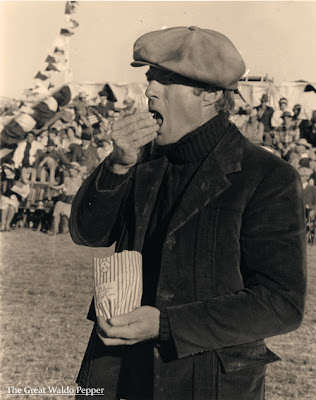