Scaramouche (1923) one of the best silent films! 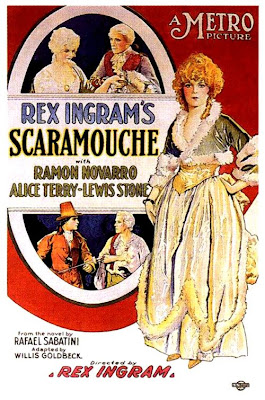 
Note: In my book this is one of the best silent films hands down. Between the great cast, director, sets, costumes it makes one see this as a true classic. I personally feel that it is such at perfection that one took cameras back into 18th Century France to get this film's feel of being in a time capsule. We as viewers actually look at the characters and not the actors and truly believe what is going on is truly the case. Bravo to Rex Ingram along with the entire cast and crew for executing such an excellent result of this motion picture. 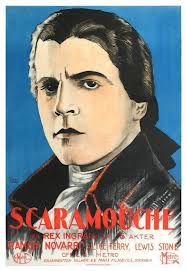 This classic Roman Novarro, Alice Terry, & Rex Ingram silent film has a collaboration of creators such as actors and the director that did fantastic work together as a trio and as documented enjoyed each others collaboration in motion pictures since always wanting this team to be utilized on projects.
Our teaming of these stars see's them in France in the 18th Century.

The story starts of by stating: "The reign of Louis XVI, King of France, marked the passing of the French Monarchy. Bankrupt, abandoned to the rule of an all-powerful Nobility and an indifferent Clergy, the nation faced starvation - or revolt. Our story starts in the provinces, in the wooded valley of Gavrillac, with its nestling village and gloomy château."

Within the village we see many peasants that are living in shambles and are very hurt. A man is just brought back to town who is lifeless and it is stated that his treatment is due to trying to get preserves from the Marquis de La Tour's land. A very lethal way to communicate that this shall never happen even if you are starving and know their is bountiful elsewhere for the noble. Andre-Louis has just returned to the land after being away for two years at law school in Paris. Andre is stunned at the site of the town and the living conditions. Philipe de Vilmorin who is becoming a priest has arrived with his best friend Andre.

Enters in a beautifully decorated carriage is the Marquis de La Tour (Stone) whose land adjoins the town. It is clear of the have's and have not's in this situation where it is a line drawn in the sand letting everyone remember their position and ranking. Andre and his friend Philipe know that the treatment being done in this village is wrong and even with the decree accepted by the King states 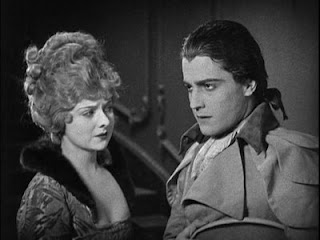 "...all uses of tyranny and oppression on the part of nobility must end, and that the following rights are sacred to man and citizen..." This speaks that what is going on in this specific village and the conditions should not be accepted. Philipe states the Marquis simply defies what the country overall demands and is that much more powerful not knowing that the person he is speaking about is stepping right into the shambles of a home where he is speaking. The Marquis confronts him of what he has said and still Philipe does not back down. A sword fight is now demanded as satisfaction from the Marquis to Philipe. Andre pleads that the Marquis reconsiders what he is about to do but goes on deaf ears.

Time for battle. The men face each other in a sword fight where Philipe is not just harmed but killed. No remorse shown but now Andre asks for a repeat and death. Andre after the Marquis leaves and decides to not battle him vows that Philipe's words will not ever be silenced that he will continue the cause. Freedom for the oppressed and to obtain this from someone like the Marquis not matter what.

The château is where Andre goes to visit his godfather Quintin de Kercadiou (Ingraham) for advice. Quintin's niece Aline de Kercadiou (Terry) has returned to the home from the courts of Versailles with her lessons of flirting. Aline while Andre is indoors stressed on what recently taken place is rather out in the gardens relaxing. In the meantime, Andre's godfather thinks that the idea of demanding justice from the powerful Marquis is a mad thing to do. Andre tells him that the Marquis has ordered the murder of two men in the village and by his own hand.

They look outside to only find that there is a suitor for Aline none other than the Marquis himself who has called a visit with her in the gardens. Quintin states that this is the reason why they need not anger him since the great hope for the family and wealth is the relationship between Aline and the Marquis. Andre is saddened of what is taken place. Andre loves Aline and now knows it is all up to him to do what is required and right. Now seeing the Aline has moved on he walks out and leaves ending whatever they had in the past. Andre after several evening arrived in Rennes a larger city. The rationale for traveling to Rennes is that the city has become the center and home of revolutionaries, a perfect place to seek help!

The King's lieutenant oversees the Palace of Justice within Rennes. This is the man that Andre decides to initially meet with. However as soon as Andre meets him he sees that this rotund man loves his lavish life of fine clothing, wine, and sees him as a nonsense. While the Lieutenant is living a grand life within the palace right outside the steps is a large group of people speaking up about their rights for justice, freedom and to be treated fairly which one can see does not impact what is going on indoors of the palace. The Leiutenant decides to listen to what Andre has to say about the criminal 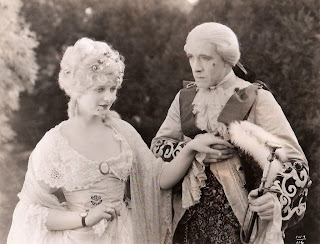 acts of the Marquis which wins him over and cries in horror of who could do such horrible things in France. Upon stating who was doing the harm the Lieutenant is taken back and angry that his name should even be part of these accusations. Andre pleads that justice should not care about the wealth and power the person yields but to treat and punish one fairly across the board. Andre makes the Lieutenant angry which then calls for his arrest though escapes.

As Andre leaves the palace he sees the great man who is standing upon the statue in the square get shot and killed. One of the palace guards is the culprit and Andre goes in the gentleman's place and speaks to the crowd. Andre states that the decree which has already been accepted by the King himself would remove nobility of the lands to rule by force and remove the acts like what was just done of the shooting.  Andre while speaking narrowly missed being shot at and points into the palace of a traitor where they all start to break windows then disband upon the arrival of the military troops.

Back at the château Aline is entertaining the Marquis and her uncle where she sees Andre arriving in the back door. Aline comes up with an excuse to be back and ensures that he is alright and can get in without notice. Both share a lovely moment together and Aline then upon the barks of the dogs asks him to hide before anyone knows he is there. The guards bust into the home looking for Andre where Aline pleads with the Marquis to help but does nothing since it is ordered by the King. Aline tries to protect Andre who she truly does love and finds that he escaped without harm. Now Andre is a wanted fugitive on the run and hides wherever he can for rest. Andre finds out that he is wanted and will be hung upon capture.

Andre to get out of harms way joins a theater troop called Binet to escape the warrant. For several months, no one has heard anything about nor from Andre.  Andre has become a success along with the troop whom are now entering into Paris. Andre calls himself Monsieur X now and writes plays and acts, what a new and lovely life! The biggest success for the Binet troop is their production of  "Figaro-Scaramouche."

It is time for the troop to put on the production at this lush theater covered with art work on the ceiling and all the finery in Paris architecture. Countess de Plougastel (Gordon) is in attendance sitting in her box to watch this production. The Marquis has come in attendance to see this show 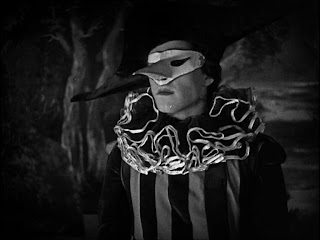 unbeknownst to Andre. The Marquis meets the Countess de Plougastel who neither take a shining to one another though Aline is accompanying her. Aline recognized Andre even with the mask on but then reaffirms it upon his removing it at the curtain call. Andre quickly leaves the stage stunned as to whom he has saw in attendance and runs off before he can be pinned down. Aline the next day goes to visit Andre where she states that for her life it would be well suited to wed the Marquis.

The Marquis is an awful person even where love is concerned and has started to see the young lady whom is part of the acting troop who was to be wed to Andre now changed her mind. Aline saw both of them in a carriage so her heart is broken on that area. Andre washes his hands of the foul people and focuses on his role in order to be close the Marquis when he is planning on attending and now has many others who vow their assistance in ridding the country of horrible people like the Marquis. Andre sees his chance and starts to tell the story to all in the theater of the horrible wrong doings from people in the nobility who may be in attendance. Aline is there watching. Andre points out the Marquis where everyone starts in the audience to run and get him. In the meantime Aline is captured by a fool and then is freed by the Marquis. What next?! Now in up-coming months the French nobility are now opposing the idea of people to be treated fairly and to have the decree just removed.

A day of court comes where the Marquis attends and speaks along with famous speakers of the commoners. Will Andre end up being with Aline or what is in the future for all involved....you will have to watch to find out! 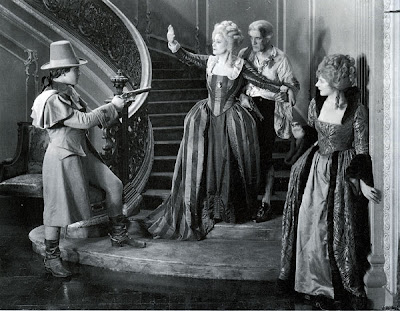 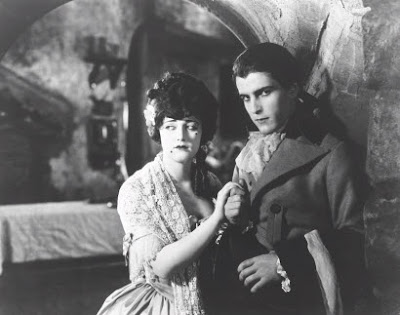 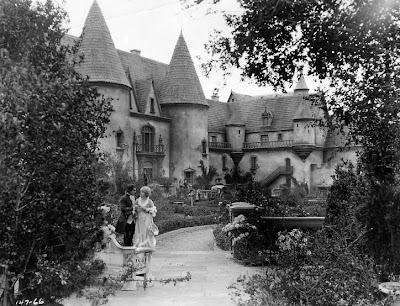 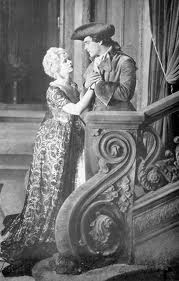 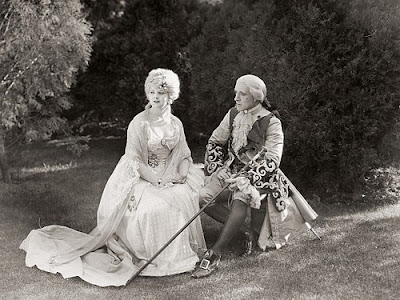 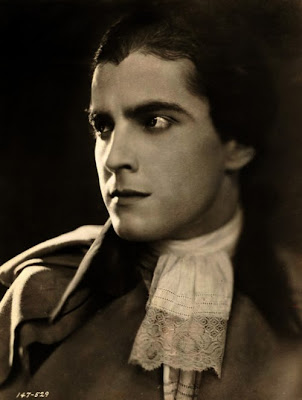