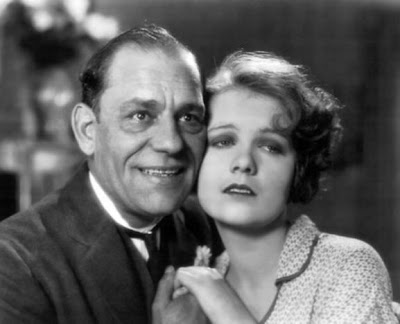 Plot:
This silent classic centers on the detectives who tirelessly walk the streets and work hard in the police station looking for the criminals in New York City during the 1920's. Back then NYC was still a perfect back-drop for this drama. Detective Dan Callahan (Cheney) is looking to put away the man whom murdered a fellow policeman which is the notorious gangster Skeeter (Oakman). Callahan has patrolled the streets as a detective and is now feeling very warn out and at time discouraged that he is still unable to arrest Skeeter for the crime due to insufficient evidence.

Then a murder occurs of a jeweler where Callahan is the detective and finds that Skeeter is at the scene of the crime and of course says he just "happened" to be there. Skeeter now owns and operates a legal funeral home in the city which is his home office for his criminal activities and Callahan knows this. Callahan needs to get the hard evidence to pin point that Skeeter now murdered the jewelwe and is doing illegal activites at the funeral home.

Meanwhile, Skeeter has his eye on this young lady named Myrtle (Page) whom happens to be a long time family friend of Skeeter's. Prior to his advances towards Myrtle he had a long affair with Bessie (Busch) whom he used and treated very poorly. Bessie finally decided to speak-up to Callahan about the murder that Skeeter committed against the jeweler so finally he had the evidence required. Then Bessie was found murdered outside in her car prior to her date in court against Skeeter. Skeeter's father whom has since passed was a good friend with Callahan and of course he sees the advances being made towards Myrtle and is doing everything in his power to keep her from harms way. Myrtle is a young and lovely lady whom is up with the latest trends in fashion and has affections for a young man named Marty (Nye). Marty is working for Skeeter doing his dirty work and is offered a fur coat for Myrtle. The deal is that Marty can get the coat if he steals a load of furs from a warehouse. All this is then heard by Callahan while hiding in a coffin in the funeral home, very sneaky of him!

Callahan decides when capturing the Marty during the act of stealing that he is let go but has to leave and not see Myrtle again so he decides to do so. A love triangle ensues when later on Marty has now cleaned-up his life and has a job in New Jersey looks for Myrtle who is now to be wedded to Callahan. The real love birds whom are Myrtle and Marty end up being together at the end and go to get married with Callahan's blessing. This is a very good Lon Cheney drama where he is not typically is costume with a mask and it is well worth to see the depth that he can play in other roles that we overlook often.