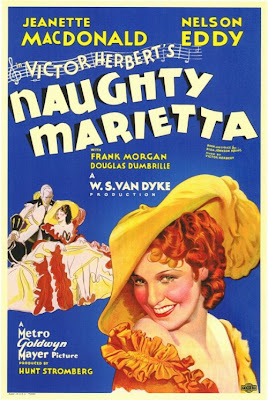 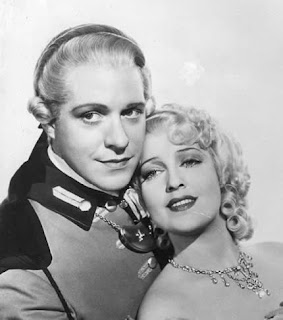 This lovely film opens with the Princess Marie de Namour de la Bonfain (MacDonald) having a lark on her finger while it is singing away. The Princess Marie is singing along with the lark at a french pet shop. Marie heads back to her lovely home to find her old students there to visit so they run throug the home singing a lovely song entitled, "Chansonette." to find that her fiancé, Don Carlos has arrived at the palace with three sisters and a gift of wedding clothes which are al black! This turns the mood from happy to very dark. Marie knows that the marriage to Don Carlos is arranged and not really warranted but only a stepping stone for King XV's as his muse! Marie wants no part of this marriage but the alternatives are grave which are live in prison or death.


Marietta then enters Marie's room which is her personal servent. Marietta is very sad to be leaving since she is emabarking on a travel to the new world to marry a fur trapper or planter with a dowry from the King himself! Marietta was already in love with a man named Giovannia but she was too poor to marry him so her only option was to leave the country for the new world. Marie then has a brilliant idea and decides to take Marietta's place on the boat and instead provides the actual servent with a very handsome dowry to wed the man she truly loves, Giovanni! Now, Marie takes on the identity of her servent Marietta and changes into her clothing and sets sail to the new world and now free of the arranged marriage for good! 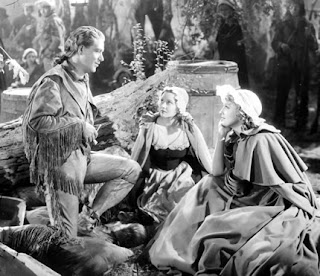 During the sea voyage the boat is taken over by pirates and the ladies are brought to their camp in the bayou. These ladies are all scared of the unknown and possible death that will come by the pirates. In the distance they hear a battle song, "Tramp, Tramp, Tramp" it is Captain Dick Warrington (Eddy) and his scouts to the rescue!!! The scouts fight the pirates and win and assure all the ladies to be delivered unharmed to New Orleans. Right off the bat both Marietta and Captain Warrington have a love-hate relationship. The Governor (Morgan) and his wife (Lanchester) both are in New Orleans to make a wonderfu greeting to the ladies that are rescued. The Captain finds Marietta a nice place to stay at in the city and makes sure she is protected from the crazed men whom want her attention.  A ship with the Don Carlos and the Princess Marie's uncles has arrived in New Orleans to find her and it is a matter of time that they do. The climax of the film is at the governor's mansion a big ball is thrown and the princess is all elegantly dressed and now knows she loves Captain Warrington. The captain is there and both of there eye's meet and they sing, "Ah, Sweet Mystery of Live" Marie then rushes up to her room where the Captain is already there to rescue and they both run away!

I LOVE the Jeanette MacDonald and Nelson Eddy films and this one was the very first I ever watched and indeed this film is very sweet and a true MGM classic!!!! 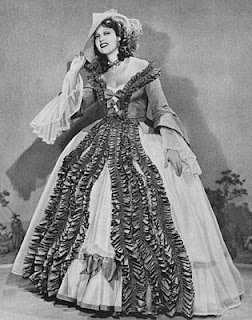