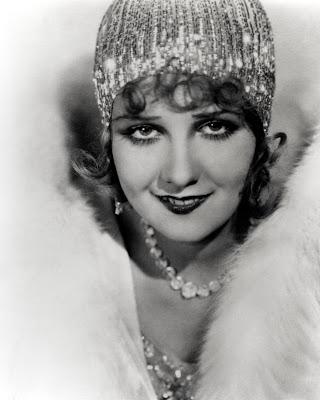 Anita Page was a very classic star of the silent film era and very much a siren of the time.
Had the nickname, "The Girl With the Most Beautiful Face in Hollywood" whom was born in August of 1910 in New York. Anita's career spanned over 80 yrs until her death in 2008 of natural causes at the age of 98 yrs young. What a long career being the last survivor of attending the very first Academy Awards! 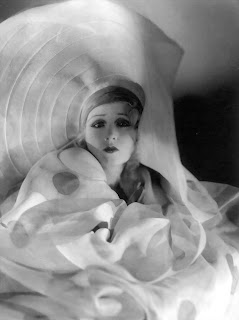 Anita Page's first film was in 1925's, "A Kiss for Cinderella" which was a very samll and uncredited role. MGM took notice of this blonde beauty and signed her up to a long term contract along with moving out to Hollywood to start making silent films in the big time!!! Her next films were with MGM were now starring leads in major motion pictures along with co-starring roles. Some very notewrothy of her silen films are, "Our Dancing Daughters" (1928), "While The City Sleeps" (1928), "The Flying Fleet," (1929), "Our Modern Maidens" (1929), "Sppedway" (1929) and then entered the talkies for Anita starting in 1929 starting with "The Broadway Meloday" (1929) and "Navy Blues" (1929). Anita has starred with many of the film greats of the time such as Joan Crawford ("Our Dancing Daughteres", "Our Modern Maidens,""Great Day, & "Our Blushing Brides") in films such as "Our Dancing Daughters" there are many times that Anita steals the scenes from the other cast members and can truly hold her own against the likes of Joan Crawford. Another is Lon Cheney whom she starred with in "While The City Sleeps" and was a very nice equal to him. Williams Haines in films such as "Speedway" and "Navy Blues" was a very nice love match for her on screen. 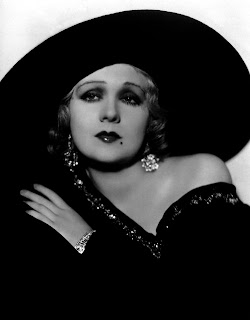 Interesting Facts:
In 1929 Anita received over 10,000 fan letters a week, second only to Greta Garbo. Over one hundred of these were from an ardent Italian admirer, who wrote obsessively about her every move and asked for her hand in marriage several times - Benito Mussolini!

Even at the age of 98 prior to her passing, Anita still would wear the dresses she wore in the 1920's, what a lady!

Anita Page faired well in the post silent film era where it might have been feared it might have been over. Anita starred in films such as "The Easiest Way" (1931) with Clark Gable, "Free and Easy" (1930) starring with Buster Keaton, Robert Montgomery, & Lionel Barrymore. "Free and Easy" (1930) ill fated never completed film, "Our Blushing Brides" (1930), "Little Accident" with Douglas Fairbanks Jr., "War Nurse" (1930), "Skycrapper Souls" (1932) co-starring with Maureen O'Sullivan including others. As of 1933, Anita Page made 34 films and her contract with MGM Studios was up. Anita decided to walk away from Hollywood and retire from being an actress on the silver screen doing one more film in 1936. All of a suuden Anita filmed a role in a film in 1961 out of nowhere called, ""The Runaway" as a nun then came back to the screen in the mid 1990's and has a film released this year called, "Frankenstein Rising" (2010) being relased after her passing. What a career this lady has had! 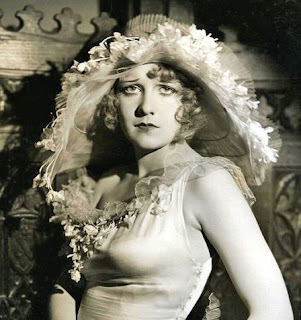 To explain her retirement:
In an interview conducted in 2004, Anita Page revealed that her early retirement had been due to her refusal to give in to Irving Thalberg's and/or Louis B. Mayer's (head of MGM) sexual advances.