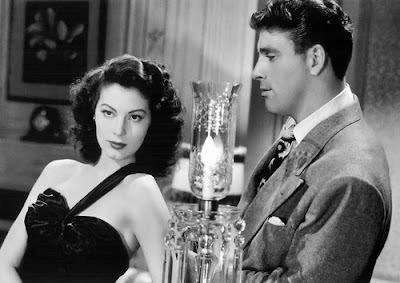 Tagline: "She's a match for any mobster!"

~ Nominated for 4 Academy Awards including, "Best Director" & "Best Screenplay"
~ This classic film noir is based on Ernest Hemingway's novel aptly titled the same. 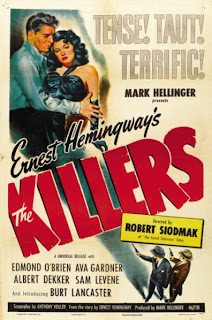 In a small town a gas station attendant, Ole Anderson (Lancaster) is being hunted down by two killers: Max (William Conrad) and Al (Charles McGraw). Ole who is also known as "the Swede" is told of this by a co-worker though simply does not leave for survival rather sticks put and is murdered. 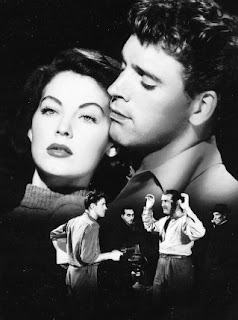 Jim Reardon (O'Brien) is a life insurance investigator who is assigned to the case of "the Swedes" death and is out to locate his family to claim the funds left.  During this hunt for the next of kin Jim ends up interviewing many friends and associates that knew "the Swede" Slowly, the story that each is telling him is coming together and making some sense. It is then brought to light that "the Swede" was once a peofessional boxer who was doing great until an injury occurred leaving his hand hurt and then unable to fight.

"The Swede" no longer has the ends meat with the boxing so he gets into hanging with the wrong crowd. Then is attached romantically with Kitty Collins (Gardner) who is a dark woman with her own motives and out for herself. Kitty is found wearing stolen jewelery and rather her going to jail "the Swede" takes the blame and get thrown into jail with a three year sentence. What a man does for love that is utter blind. Big Jim Colfax is running the show and had "The Swede" in his groyp of men. The big development that occurs is that when "the Swede" is released from jail he finds that the same men are up to no good and Kitty is now dating Jim. 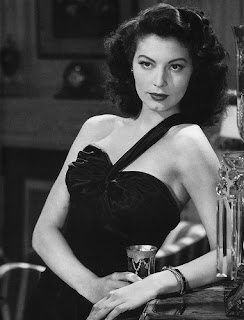 A robbery is done with the gang and "The Swede" finds himself in hot water. The money is stolen and it is a huge success for all however they all find out that the venue they are suppose to meet at has since burned to the ground. This is a problem especially since everyone accept "The Swede" is told the new place to meet so it is looking of a dirty set-up. Kitty menions to "the Swede" what is occurring and that he is being double crossed. The Swede is angry of the situation is not going to be taken advantage of so decidea to hold the men up who also robbed with him to get his piece of the pie. All money is stolen and Swede flles out of the area with the cash at hand and meets up with Kitty in Atlantic City. Kitty then promptly steals all the cash from him and vanishes. Now it is all making sense the thugs that killed Swede are back due to the money stolen and are in hot pursuit to find i

A classic film noir with plenty of twists and turns where one gets to see if such a beauty like Kitty has poison running through her veins or if love saves the day. A classic that is most worthy of seeing!. \\ 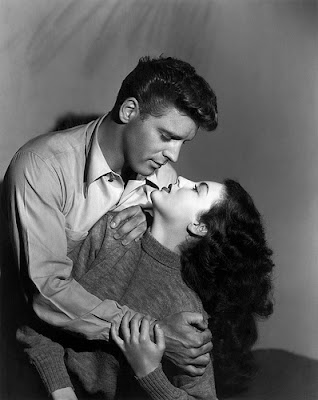 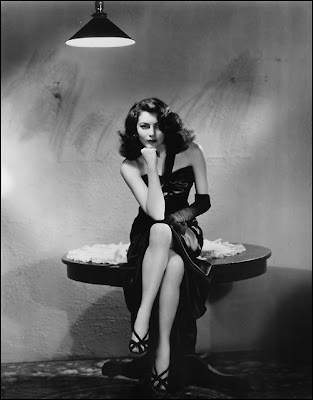 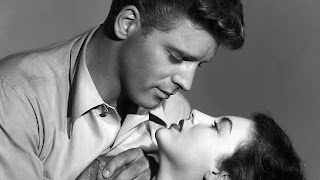