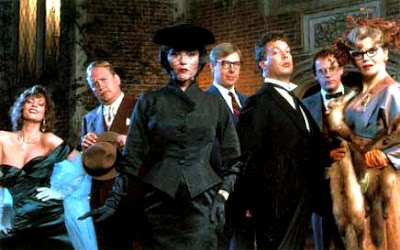 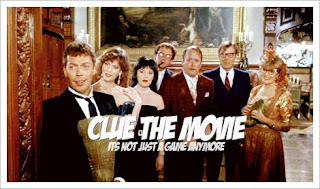 This classic campy film from the 80's is based on the board game. What an ensembe cast in this film that pairs some of my favs of the period such as Lesly Ann Warren, Madeline Kahn and Eileen Brennan. Six guests are all invited to this creepy old mansion in the 50's for a dinner party....secrets during this dinner party start to unravel for the real reasons they are all there. Each guest being a politicians wife all the way to the butler are hiding personal secrets that Mr. Boddy the host is blackmailing about. They find that they are all stuck overnight together in this huge mansion with someone parishing left and right, the question is who is next and who in the house amngst the guests is the REAL KILLER!!!

All I have to say is the poor secret telegram girl!!! lol 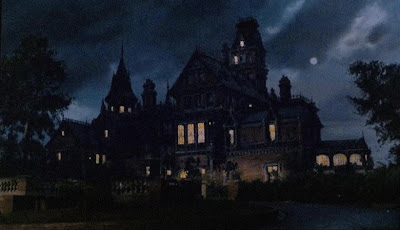 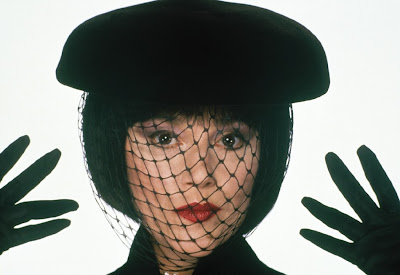 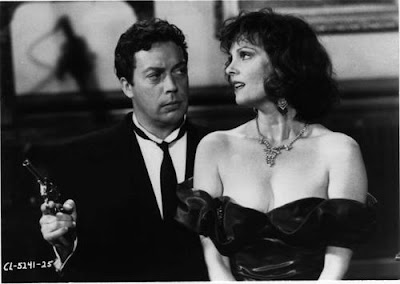 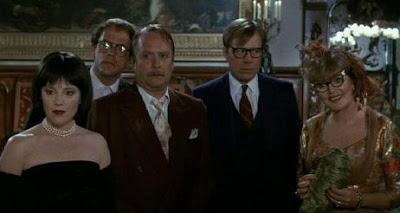 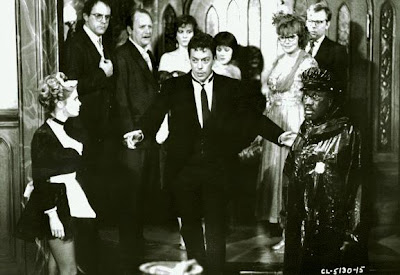 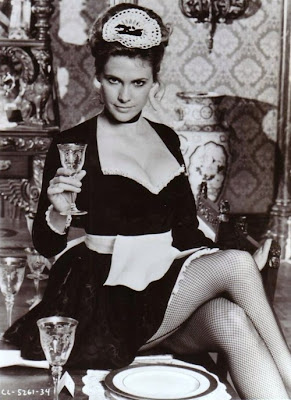