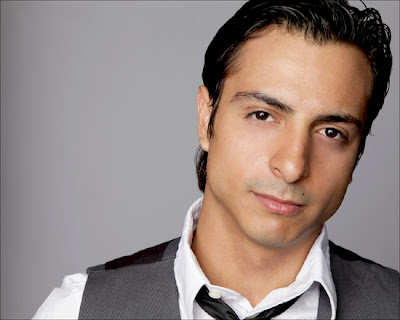 DiSanto Diaz: Finding his voice in “Rent” and with a great beginning!

DiSanto Diaz as an artist in the entertainment industry has accomplished astonishing measures for being in his twenties! He is originally from Puerto Rico and now resides in New York City. From his acting career in theater such as in touring companies of hugely successful productions of: “Rent” & “Footloose” to independent films/commercials and his recording career with his first EP “The Beginning” and this year’s aptly titled international tour.  DiSanto truly loves his craft and that is evident from attending the prestigious Berklee College of Music in Boston for Performance in Voice

Currently, DiSanto has a brand new single being released entitled: “Animal” and is working on his second EP. This year also finds great collaborations between DiSanto and other influential artists such as singer April Henry an award winning songwriting on a duet and Jamie Connell a rock singer who has a hit U.K. single is co-headlining a U.K. tour. Acting and music are evolving on DiSanto’s horizon he is a person to watch!

MW: If you could have 4 people at a cocktail party either living or past, who would you have invited?

MW:  What actor has had the most impact on you and why?

DD: Meryl Streep is an actor that can truly transform and embody each and every character she plays that I admire the most about her. I do not see the actress in the film but the character she plays and for that I try to embody the same in my acting and think is the highest compliment to be made for any actor. I bow to Meryl!

MW: Your favorite genre of film?

MW: You have acted in touring companies of “Footloose” and “Rent”, what other roles are on your wish list?

DD: Those roles were kind of brought up to me. For the role in “Rent” I played the role of “Angel” the director removed one of the actors from his role and needed someone as his replacement as soon as possible. With no audition I was contacted and immediately cast and started the major tour.

MW: Do you enjoy acting?

DD: I enjoy acting and still on a weekly basis take acting classes. I have done commercials, a few independent films and am looking to move forward into my other passion which is acting in motion pictures.

MW: If you could be cast in a classic film along with any famous co-star what would be the film and then who would be the star sharing the spotlight?

DD:  If I would cast myself in a classic film it would be “James Bond from Russia with Love” and my costar would be Grace Kelly.

MW: 4 essential classic movies that are a must in anyone's classic collection?

“Oklahoma!” - One of my favorite musicals

MW: Tell me something that was told to you that has always stayed with you.

DD: It was something stated from Gloria Estefan. After performing for her she told me backstage never to quit... that I was a very talented young man (at the time). 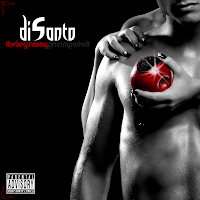