Classic Movie Casting - Round One!!! 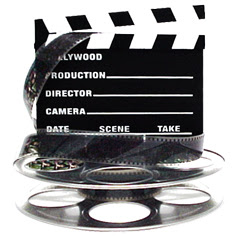 Classic Movie Casting - Round One: FILM!!!The game us film buffs will play is a FUN ONE, we cast a great film from top to bottom!!! The director, costume designer, lead actor/actress, supporting cast, the right studio, the decade, and even the motion picture we go with......so much fun especially for us classic film fans!

After a few days I will submit what film had the MOST votes and that is for GAME ONE, what we use and then upward and onwawrd to round two!!!!
Posted by Mason at 9:14 PM