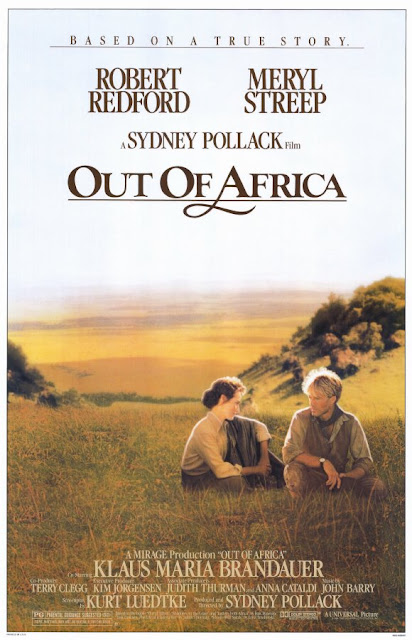 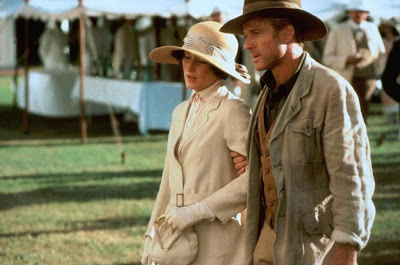 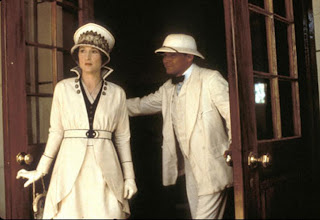 We meet Karen Dinesen (Streep) in 1913, Denmark where she is a very wealthy woman but is unmarried. Due to the time period Karen truly needs to be married and looks to her friend Baron Bror Blixen (Brandauer) to wed. They love one another as friends but simply nothing more. Bror who is part of a fine family lineage no longer has the financial security and decides that the business deal of the marraige would be of a good matter for both parties. Bror would get back the financial security that he once had and Karen would have the male figure to be in the forefront to make the financial steps and power that only the men of the time could do.

The two decide to relocate to start a dairy farm in British East Africa. The couple weds upon arrival and Karen becomes the Baroness Blixen. Karen starts quickly to become friends with the other residents of the area who also for the majority are from the U.K. While meeting the other residents Karen meets the dashing Denys Finch Hatton (Redford) who is a big-game hunter. The two start a close friendship. One glaring issue that turns Karen's experience in Africa negative is her husband decided with her fortune and wishes to purchase a coffee plantation rather than a dairy farm. This changes things and Karen has no background in this but will have to learn and do it quick where Bror places no interest into the plantation. Bror spends his time starting a new sport for himself which is game hunting. 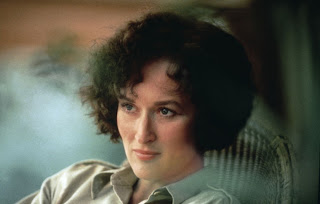 The wedding of conveniance now shows on Karen's end that she truly has developed feelings for Bror but cruely finds out it is not shared and he is having affairs. Since Karen's wild ways with other women another horrible situation happens which is getting very ill. Karen contracts syphilis and needs an agressive treatment that can only be done back in Denmark and so she leaves and Bror is left to care for the plantation. World War I is now coming to a close and Karen is finally healthy and back to her home in Africa to see that her home is taken care of but her husband has not changed. The marriage clearly is not working out between them and Karen asks Bror to depart the plantation. Bror with no fight leaves and it is now up to Karen to oversee and keep her plantation a success. Karen and Denys start to work together and spend a lot of time together and become lovers. The couple find that they have vast differences where Denys enjoys the simplicity and the ways of the African life opposed to Karen's European stuffy customs and fine things of life. Karen wants to own and have the best of everything where Denys is a free spirit and wants to own nothing is is not hung up on rules and customs. Despite this Denys agrees to move into Karen's large home and assist her with the plantation. 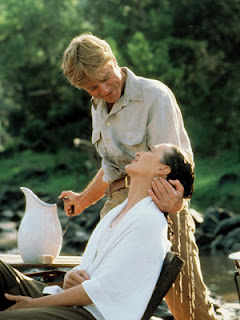 Karen is now a free woman and no longer married and sees that Denys would be her perfect husband and applies pressure. Denys disagrees with the whole process and paper to show one's love. Karen opens her life up and broadens it with opening a school for the local children and she startes to teach all the important subjects to them. These children become like her own since Karen due to contracting syphilis can no longer have children. Karen is faced with financial ruin due to the plantation taking a turn for the worse and requiring bank loans. Finally, the plantation with a lot of work poured into it is now turning out healthy crops and is back in the green though another horrible situation hits Karen a huge fire destroying the factory and equipment. This financially ruins Karen where she has to sell her plantation and return to Denmark. Karen sells everything and spends an evening with Denys. Will the couple stay together or will matters circumstances tear them apart one will have to watch this classic and a true one of "the best films of the 1980's." 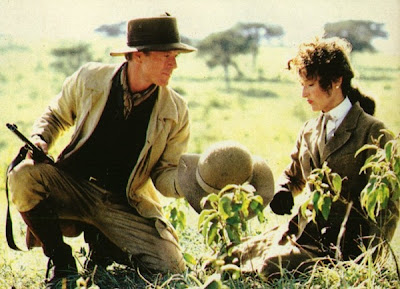 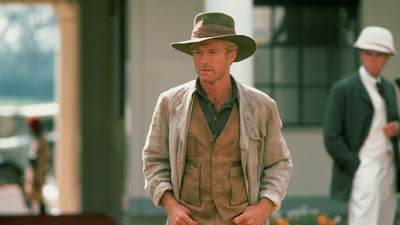 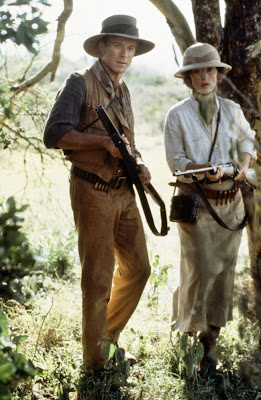 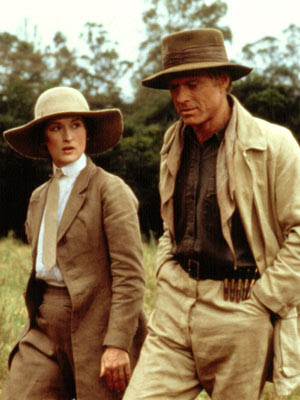