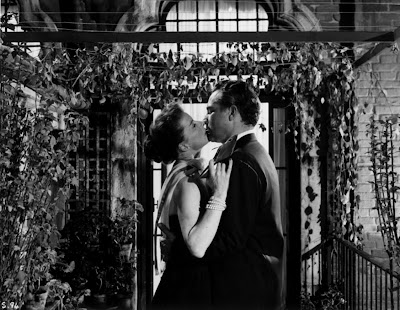 
Taglines: She Came To Venice As a Tourist -And Went Home a Woman! 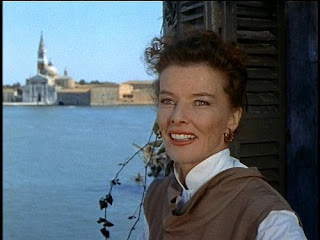 This film centers on an American secretary, who is middle aged and sinlge traveling to Venice for thie very first time. Jane Hudson (Hepburn) has always dreamed of traveling abroad and with school out of session has finally saved enough money to do the vacation of a lifetime by herself. Jane is a very independent lady so being on her own is second nature. However it seems that in the land of love it is a lonely feeling for Jane. During her water bus ride she meets two pleasant Americans as she is arriving to her place she is going to live for the duration of her stay. 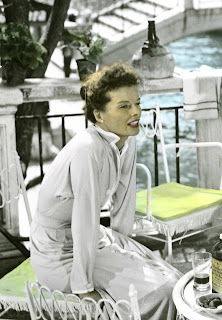 Upon arriving at the beautiful pensione which was once a home Jane meets the hotel owner Signora Fiorini (Miranda). Jane is stunned at the beauty of Venice and the location of the hotel right on the water channels of Venice, it is just breath taking! At the hotel Jane meets another lovely young couple, Eddie Yaeger (McGavin) and his wife Phyl (Mari Aldon). Jane decides rather than be the third wheel to the couple going out she goes to the Piazza San Marco for some sight seeing. It is yet another sight to be taken in and is simply stunning for Jane who decides to sit at a local cafe and see all the lovers around her which is simply a depressing and lonely feeling again. While sitting at the cafe Jane notices an attractive Italian man staring at her which makes her simply leave.

The next day, Jane decides to go back into the shopping area and goes into an antique shop and falls in love right away with a red glass goblet. She has noticed it right from the window and must have it. The owner of the shop, Renato de Rossi (Brazzi) she now remembers while having the discussion of the goblet is the same gentleman that was staring at her the night before in the cafe, so strange! Renato teaches Jane the fine art of bargaining in Venice in which the lovely goblet is then purchased. Jane is oddly attracted to this charming man who mentions he would be more than happy to assist her in finding another goblet to make it a matching pair. While outside Jane through out her trip is followed by a cute Italian street urchin little boy. While trying to take pictures Jane flies backwards right into the Venice water canal and heads back to the hotel to change, what a site! 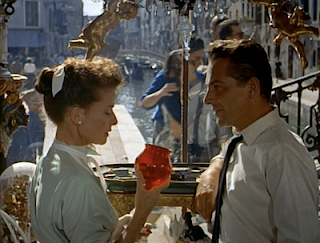 Jane wakes up the next day in the grand beauty of Venice only to see that Renato is not in the shop. She is clearly atracted to him. Renato surprises Jane by an unexpactant visit to the hotel and confesses his true attraction for her. Things occur and they both start to fall in love with one another for only a big shoe to fall such as finding out Rentao is currently married but the marriage as he confesses has been long since is over. There is a separation supposedly between the couple. What will happen to the lovely couple that has one on vacation in this very romantic location of Venice one will have to see to find out!

Note: I have found this to be one of the most stunning films actually filmed on location in Venice and one of the BEST Katherine Hepburn films as well, a true classic!!! 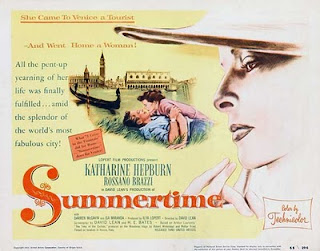 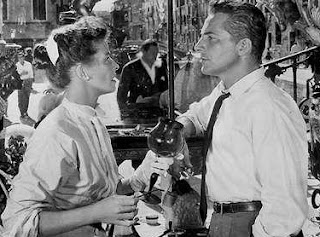 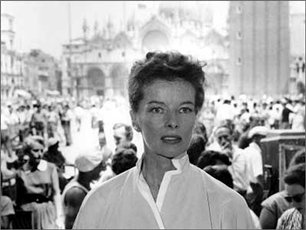 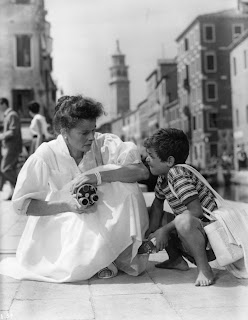 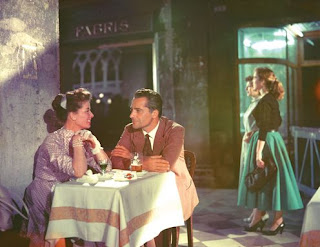 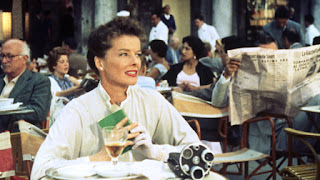 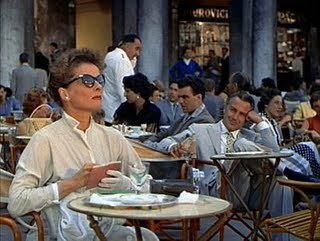