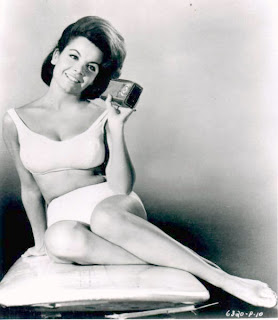 One can not celebrate summer films without the great beach films of Annette Funicello. Her 60's films with the beehive hairdo's, Frankie Avalon at her side, great summer tunes, a cute bikini, surf board and yes a story line thrown in is a combination of a fun film experience! 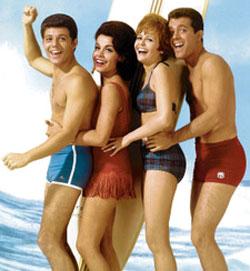 Annette Funicello started out with the fun Mickey Mouse Club in the 1950's but by the time the 1960's came around a new look was here, a party and teenager who wanted to have fun! Annette was paired with her best leading man during this time who was Frankie Avalon who one always just puts together as a married couple since they had such chemistry. The summer beach films starring Annette were all HUGE blockbuster hits with her tennage fans at the theaters. Of course, after the first "Beach Party" (1963) was released with Funicello with a great leading man and supporting cast the others came flying our way. "Muscle Beach Party" "Beach Blanket Bingo" "How To Stuff a Wild Bikini" and others were 1960's hits.  Don Rickles, Stevie Wonder, Dorothy Malone, Robert Cummings, Brian Donlevy and even Buster Keaton co-starred in these gems.

A huge following on these nostalgic feel good films came to light again when in the 80's another film was made with Annette and Frankie called: "Back to the Beach" (1987). This got stars such as Connie Stevens, Bob Denver, Tony Dow, Barbara Billingsley, Don Adams, and Paul Reubens. Annette Funicello wil be forever in everyone's hearts as a young girl who did lovely Disney films then crossed over to teen films and adult comedies. What a lovely actress who will be forever in our hearts and when it comes to summer a sheer enjoyment to watch on screen. 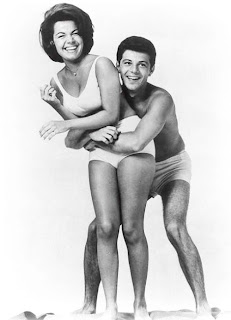 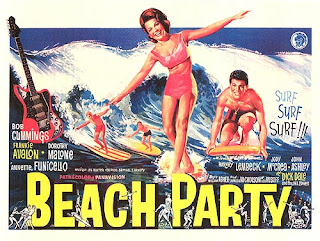 Beach Party (1963): In this first summer series for Anette we have Professor Sutwell studying the sex habits of teenagers in the early 1960's beachside. The professor focuses on teen king and quuen of the beach: Frankie (Avalon) and Dee Dee (Funicello) who are well behaved and straight laced children when it comes to the study. These teens rock out on the beach to the music stylings of Dick Dale and the Del Tones and battle off party poopers the motorcycle gang. 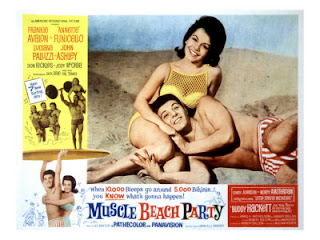 Muscle Beach Party (1964): In the 2nd beach film pairing Dee Dee (Funicello) & Frankie (Avalon) we have the young couple having to come to battle with the beloved beach being taken over. This time the evil is a man wanting to take the beach over for his bodybuiling training as a business! 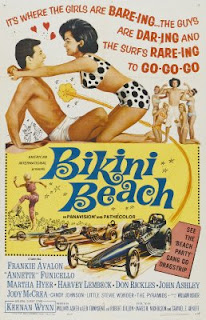 Bikini Beach (1964): In the 3rd beach series we have Dee Dee (Funicello) & Frankie (Avalon having to battle with a crazy millionaire who is set to take over the beloved beach for a retirement home. This crazy millionaire is set to prove his theory of intelligence via the teenagers and a chimp and having them hang out together, what a match!!! 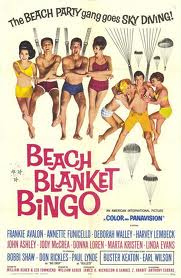 Beach Blanket Bingo (1965): In the 4th beach series we have Dee Dee (Funicello) & Frankie (Avalon) partying it up on the beach yet again with lovely music. This time a motorcyle gane kidnaps a huge singing star named Sugar Kane. This may just be a publicity stunt and the teens on the beach are at it to come to the rescue!!! 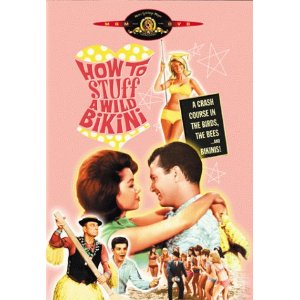 How To Stuff a Wild Bikini (1965): The fifth and final installment of the 1960's summer Annette & Frankie Avalon films. This time Dee Dee is left behind since Frankie has to go abroad in Tahiti for naval reserve. The funny part he does not trust Dee Dee so while he is away he gets a crazy witch doctor named Bwana (Keaton) to keep an eye out. Ricky (Dwayne Hickman) has an eye for Dee Dee but Bwana makes sure that he puts the stops to that by bringing a floating bikini with a lovely girl named Cassandra in it to keep Ricky occupied. 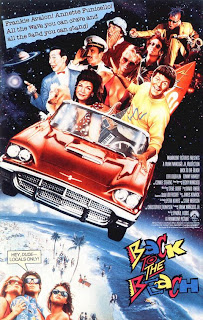 Back to the Beach (1987): This film reteams Annette and Frankie Avalon over twenty yrs later. This time they are all gorwn up and live in the mid west. Finally years later the beach is calling them to the fun glory days and they come back to L.A. and back to the beach they called home. While back in California, Annette and Frankie visit their daughter who is living with someone. Annette and Frankie hit a rough patch during this summer vacation when they run into Connie (Connie Stevens) who was once an old flame. Of course there is in any Frankie Avalon and Annette Funicello summer film a good surfing moment this time where it is a challange between the good guys and bad. Hope Annette and Frankie this time around can work things out and get back together! 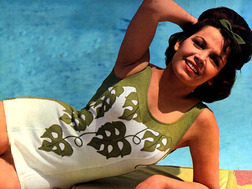 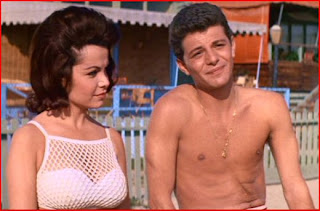 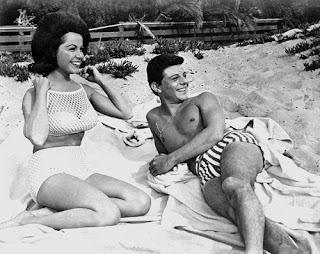 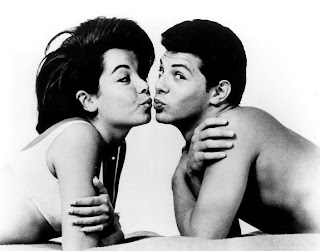 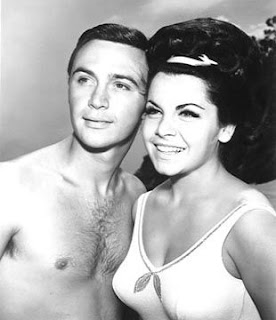 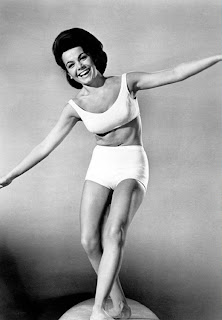 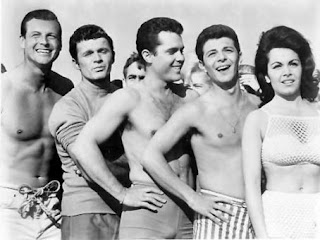