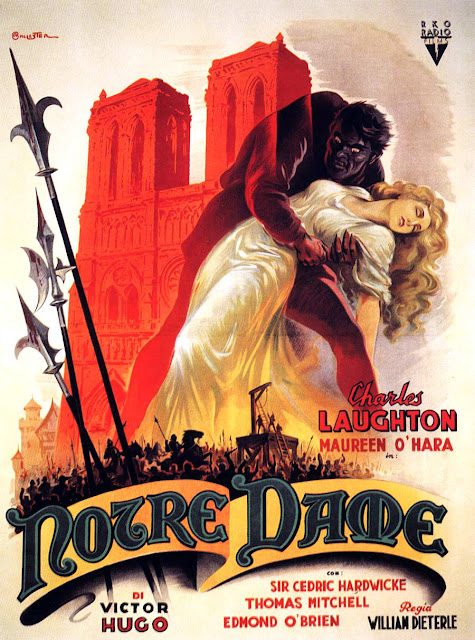 This true classic based on the novel by Victor Hugo was made in 1939 by RKO Studios. This gem is part of the best year of motion pictures and stands the test of time to be a wonderfully acted film by Charles Laughton, Maureen O'Hara, and Edmond O'Brien. 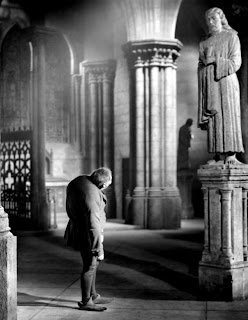 The film centers on the relationship between a very lonely and socially a cast-off Quasimoto (Laughton) and Esmeralda (O'Hara). Frollo (Cedric Hardwicke) gazes on the gypsy girl, Esmeralda, in the church during Fool's Day and sends Quasimoto to catch her. Quasimoto, with the girl, is captured by Phoebus, Captain of the Guards, who frees the girl. The courts sentence Quasimoto to be flogged, and the only one who will give him water while he is tied in the square is Esmeralda. Later, at a party of nobles, Esmeralda again meets both Frollo, who is bewitched by her, and Phoebus. When Phoebus is stabbed to death, Esmeralda is accused of the murder, convicted by the court and sentenced to hang. Clopin, King of the Beggars, Gringoire the Husband of Esmeralda, and Quasimoto, the bellringer, all try different ways to save her from the gallows. 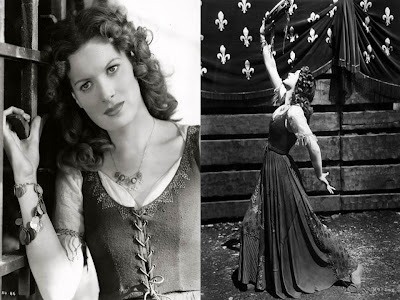 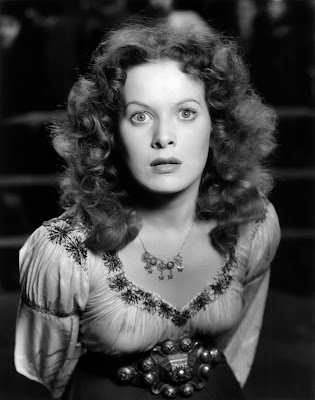 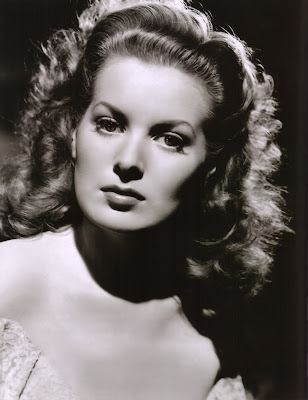 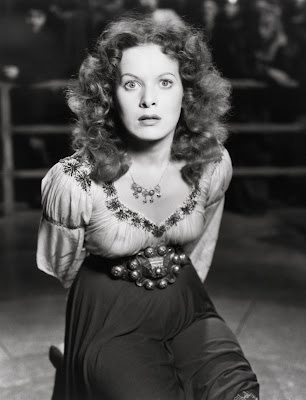