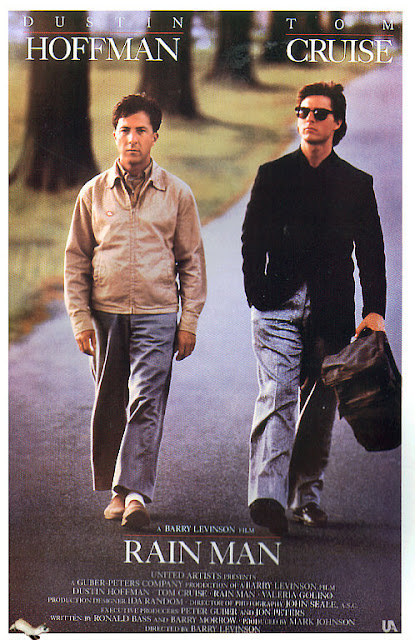 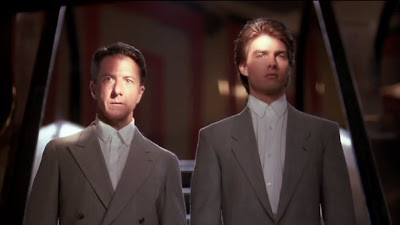 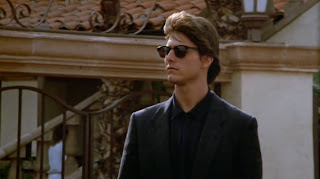 Charlie Babbitt (Cruise) is a successful man who has a beautiful girlfriend by his side, Susanna (Golino). They both go on a lovely trip over the weekend to Palm Springs. Prior though to the trip Charlie finds out that his father that he has never been clsoe to has died. The news changes Charlie's trip to be canceled and then he heads to Cincinnati to settle his father's estate.

The big news is that there is an unknown beneficiary who is inheriting the entire estate worth three million dollars. Charlie finds that his father left him a Buick Roadmaster along with some prized rose bushes. On top of this the person that is inheriting the huge sum is his brother who is autistic and resides in a mental institution named Raymond (Hoffman). This news of a brother is brand new to Charlie who just discovers this during the reading of the will which is a huge secret his father was keeping. 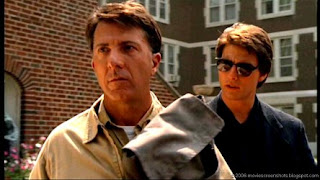 Raymond has a fantastic mind where he can recall basically anyand everything. Where everything is placed in a store to the finest detail is only one area Raymond knows. Raymond is considered a savant by Doctors where especially his knowledge of mathematics is superb especially since he can give someone an answer to a math qusetion without truly understanding it. Raymond has a strict way of life and follows a certain regiment with little emotion. Charlie is determined to get his rightful share of the estate so decides to take his newly found brother on a cross country road trip. This trip will be at the end for both Raymond and Charlie to meet with attorney's to go over everything more in depth. Charlie is looking for the mental institution to take custody fully of Raymond and to take over the funds or at least get a a portion.

Susanna learns of Charlie's plan and is truly angry about it and decides to leave him in Cincinnati and goes her own way. Charlie truly is using his newly found brother on getting a large sum of the inheritance money and truly does not care about anyone or anything else.

This film is very well acted by all the leads and is shows very nice depth for Tom Cruise. 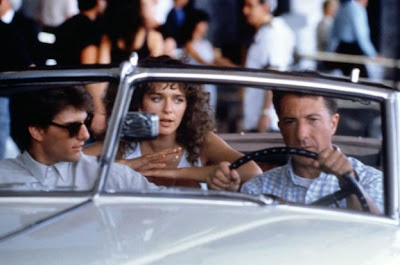 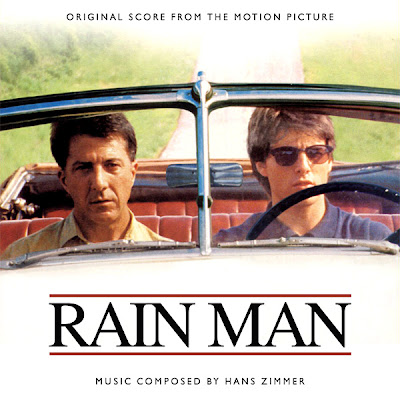 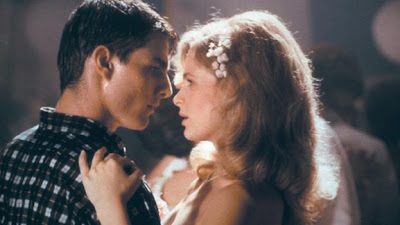 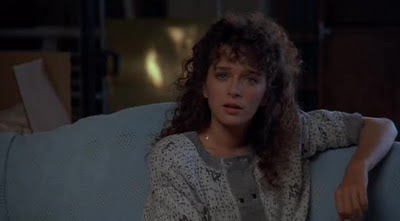 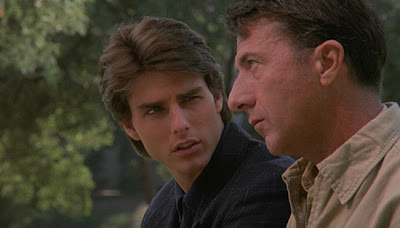