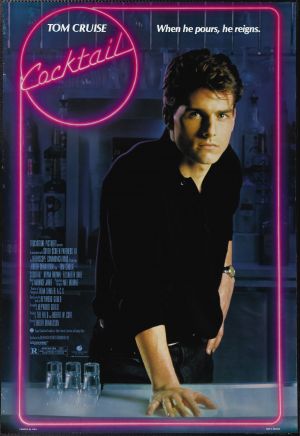 ~ Nominated for a Golden Globe in 1987 for "Best Original Song: Kokomo"
(sung by the Beach Boys) 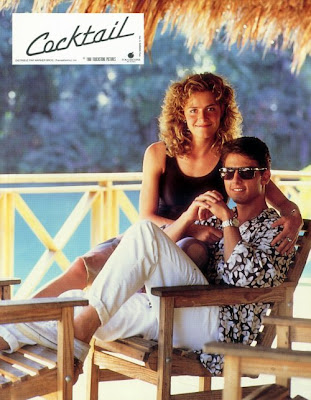 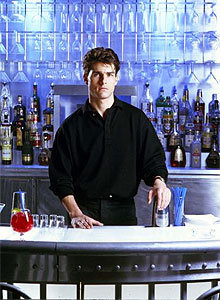 Brian Flannagan (Cruise) being home in New York City and just arriving back from the Army lands himself a bartending job at T.G.I.Friday's. Brian is having a hard time becoming a suave and well put together bartender. Eventually he finds himself a new job opportunity at a bar with his boss Doug Coughlin (Brown). Doug shows Brian the ropes and how to truly wow and dazzle the clients with charm and the right way to become not just another bartender but THE BARTENDER.

"Coghlin's Law" becomes what is known for Doug's messages and tricks of the trade to his new mentor Brian. Doug is working and scheming to one day own his own bar with Brian called: "Cocktails & Dreams." Before the men know it they are moving onward to a very posh and sophisticated bar in NYC. This new venue allows them to show their magic hands with flipping and dazzling patrons over making drinks. Coral (Gershon) sets her eyes on Brian in the club and quickly they find each other atracted to one another and involved. 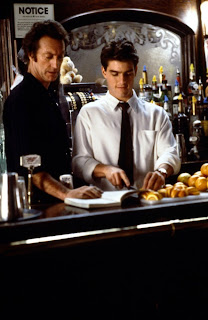 During a competition Doug bets with Brian that Coral is not in a serious relationship and is easy. Brian firmly believes that what he and Coral have is real. To be the winner of the wager, Doug talks to Coral and says that secrets involving Coral were told by Brian. Being very hurt and angry Coral sleeps with Doug making the bet over and Brian the looser in it. The team of Brian and Doug end by a big fight and the both of them ending their partnership over Coral.

The one good thing from this all is Coral gave good advice to Brain about starting over and making things big in Jamaica. Brian decides now is the time to make the big changes and goes to Jamaica. The plan is to eventually save up enough money to open his own bar. While working and enjoying his new life in Jamaica, Brian meets a lovely aspiring artist/waitress from all places NYC named Jordan Mooney (Shue). Brian and Jordan hit it off in big ways and start to date each other even with the knowledge that she is on vacation and will be leaving soon. Enters in Doug with his new very wealthy wife: Kerry (Lynch). The new couple are now in Jamaica. The dangerous games start back up with Doug in the area with Brian. Doug sees the affection that Jordan has for Brian and vice versa and decides to squash that. Doug bets Brian that he can sleep with the wealthier older woman named Bonnie and they agree and Brian wins. Jordan heads over to see Brian and catches him with Bonnie in bed and decides to be done with him and leaves overnight home to NYC.

Will Brian continue the dangerous path with Doug, perhaps also a business is in site and maybe love as well...will have to see the 80's hot flick for yourself! 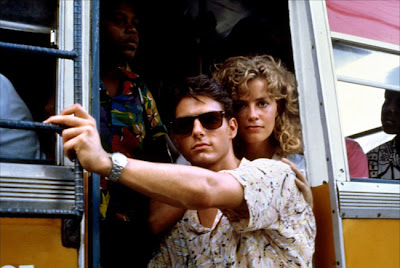 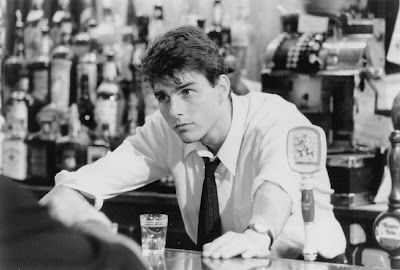 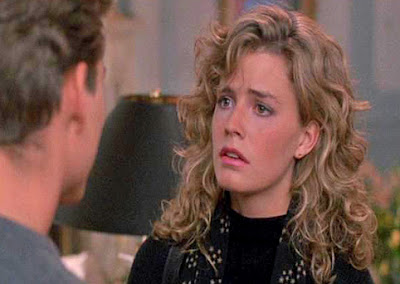 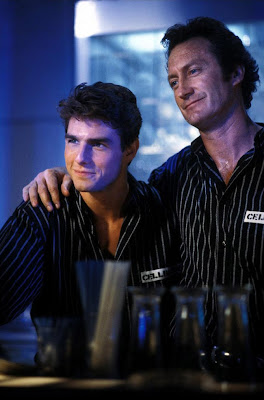 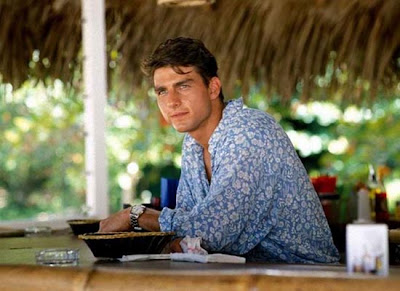