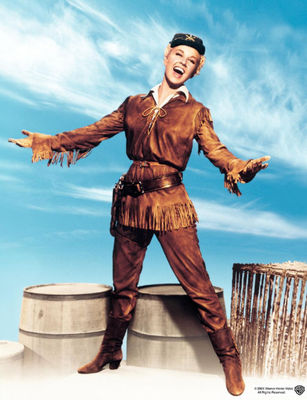 Tagline: Yippeeeee!! It's the big bonanza in musical extravaganza!
~ The song featured in this musical "Secret Love" was also a huge hit hitting #1 on the Billboard Charts. 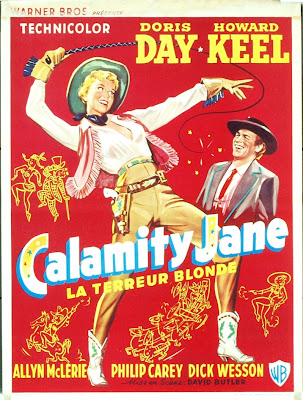 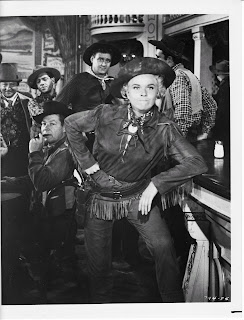 This widely successful musical film centers on the wild west gal Calamity Jane (Doris Day). In the true wild west in Deadwood, South Dakota the men are rough and the saloons are brash. One evening while Calamity is in the audience the area's saloon called the Golden Garter hires a new lady entertainer named Francis Fryer (Dick Wesson). Francis goes onto stage in drag to do the show and the saloon owner is misled with the look and name of Francis. Francis billed themselves that was misleading to the saloon and to the wild town.

Upon, finding out quickly that Francis was not a lady performer the men attending the saloon are displeased to say the least and are about to leave. Calamity steps up and decides she has a grand plan to save the saloon and the customers happiness which is to obtain the great entertainer named Adelaid Adams (Gale Robbins) who is at the moment in Chicago. To her delight the saloon and the cowboys in the saloon are both thrilled and stay for this headlining beauty to come. So now it is up to Calamity to offer her promise up on a silver platter. 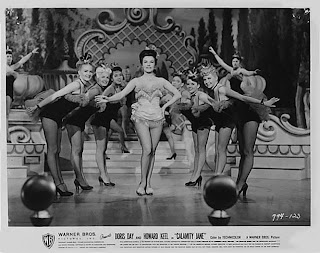 Calamity contacts Adelaid and a note is sent back and she is never going to perform in such a wild and dangerous place such as Deadwood. Calamity is still determined that it is still not over and can get Adelaid into the saloon. Wild Bill Hickok (Howard Keel) thinks that this is such a joke of an idea and will never happen soo much that he states to Calamity that if she can get Adelaid he will in fact come on the opening night of her performance dressed-up as a Sioux squaw with a pappoose. Wild Bill has no faith of this ever changing.

From this Calamity is even more fueled up to make this truly happen and decides to travel to Chicago and meet in person Adelaid. The next part is a hillarious moment of mixups that occur where Calamity walks in and meets who she thinks is the great Adelaid who is singing one of her tunes and in one of her gowns. Though what is not known is that Adelaid's maid Katie Brown (Allyn McLerie) is in fact the person Calamity is meeting who has always dreamt of becoming a singer and the real Adelaid has gone immediately to start her touring in Europe. Katie decides to make her dreams come true and goes with the story that she is Adelaid and agrees to do the performances at the saloon and travel back with Calamity which makes her very happy! The travel back to Deadwood is very adventorous with Indians. 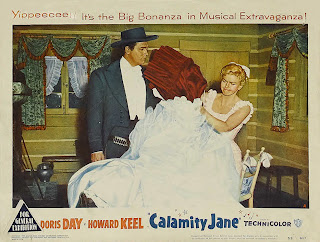 Upon getting to Deadwood on the opening night of the performance the sounds coming from Adelaid is not what they are expecting and then the truth wills itself out! Katie cries and tells Calamity and everyone the truth about the mix-up and what she has done to them. Calamity defends Katie and has her continue with her performance in the saloon which wins everyone over. Both Calamity and Katie become close friends. Calamity is smitten by Lieutenant Danny Gilmartin (Philip Carey) so to get his attention dresses and acts like a lady with the help of Katie. What we find out is that actually Wild Bill and Danny both like Katie. There is a local ball and the men draw straws to find out which one is going to with Katie and the other with Calamity and Danny ends up escourting Katie. The whole evening Calamity is very jealous seeing that Danny is getting closer to Katie and finally at the ball after dancing the kiss. Calamity draws a shot at the dance near Katie to say she is no longer friends and throws her stuff out of her cabin and threatens to shoot if she ever sees her again.

What will happen to the friends and the loves.....you will have to watch to find out! It is a great Warner Bros. musical with a perfect casting of Doris Day & Hoard Keel in the lead roles set with great tunes! 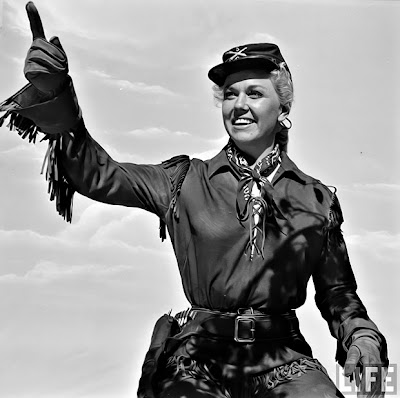 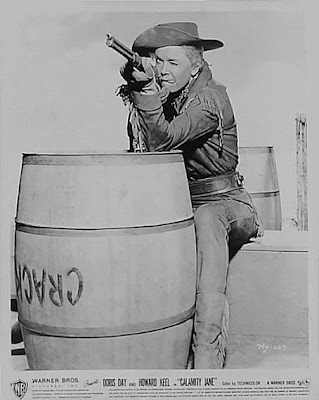 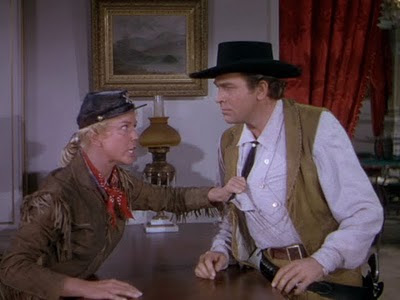 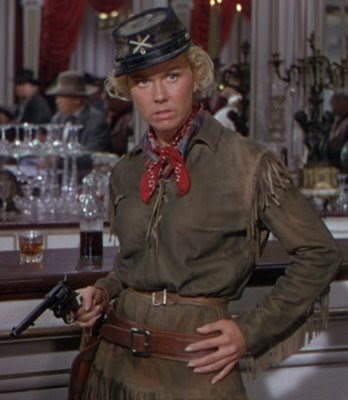 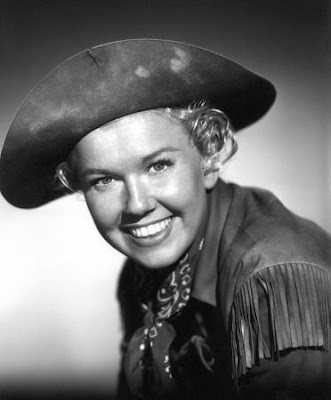