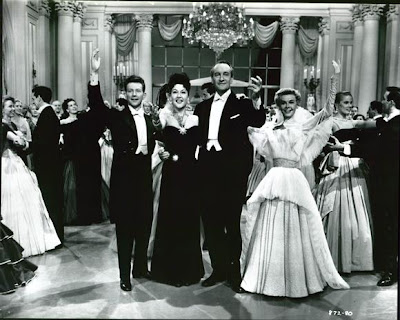 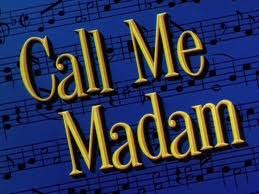 ~ Film was nominated for 2 Academy Awards, including "Best Costumes" for Irene Sharaff and winning one for "Best Musical Scoring" for Alfred Newman. Ethel Merman won a Golden Globe for "Best Actress Musical/Comedy." 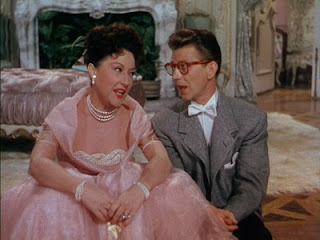 A brash and out-spoken Sally Adams (Ethel Merman) resides in a swanky Washinton D.C. home where she is a the best of hostess's. Sally is appointed very quickly to a vacant position for the US Government as US Ambassador to Lichtenburg. A small country that Sally knows nothing about but is swept into the role. The help of her very knowledgeable press attache Kenneth Gibson (Donald O'Connor) makes it a more successful appointment. While being in the foreign country of Lichtenburg both Sally and Kennth find love. Kenneth becomes smitten and taken back by the princess of Litchenburg, Princess Maria (Vera-Ellen).

The leaders of the fair country have a reason to treat the newly appointed Ambassador wonderfully since the agenda is to obtain a loan from the USA. During this time Sally meets while practicing her curtsies to a big ball to meet the Grand Duke she meets General Cosmo Constantine (George Sanders) who she falls for. We find that Sally with her brashness turns out to be a fantastic Ambassador to the country of Litchenburg and finds love with some great musical numbers along the way. 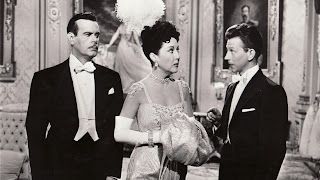 Lovely musical performances such as between Vera-Ellen and Donald O'Connor dancing in the palace's gardens to a Irving Berlin tune "It's A Lovely Day Today." "The Hostess With The Mostes" "The International Rag" "The Best Thing For You Would Be Me" & the finale "You're Just In Love/Something To Dance About."

This is a grand 50's musical that is worthy of your time though often get's lost to others from that era. 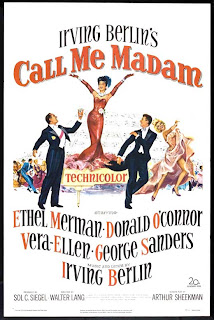