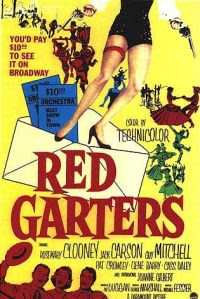 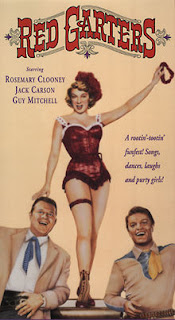 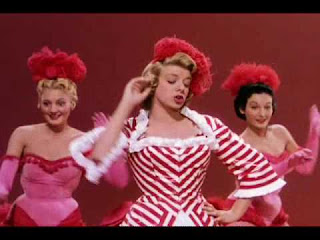 I remember seeing this udnerrated classic in the early 90's on television and absolutely loved it. For starters I am a bif Rosemary Clooney fan and love a good musical. This is not the typical MGM big elaborate sets with big musical arrnged dance numbers but it is such a hysterical film and has some lvoely songs and numbers in it. It breaks away from the typical musical rather than the lush sets it goes for more of a stark look of a western town in a studio. They used a lot of white and bright colors with theatrical sets with the town having not all walls and more of a look that sets it apart from many others. I love it and enjoy the different look that is has along with the fine pairing of Clooney and Carson and some good sogn arrangements. This was Rosemary before "White Christmas" being more baudy with the song choices and look. I am very happy to also report that this classic is now available for purchase since I have not ran into it on television since it's boradcast over a decade ago which is a shame. 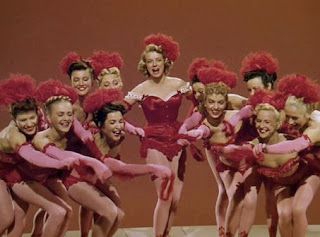 This Paramount Pics musial comedy is a shear delight for all between the sets (costumes by Edit Head) and the lovely tunes. It take place in a small town set in the old west during the later part of the nineteenth century. This film spoofs the western movie genre and does a great job in the musical sense. We meet the lovely Calaveras Kate (Clooney) who is a big star on the local saloon's stage looking stunning and setting the eyes and ears on fire! Kate is in love with the local gooodboy cowboy Jason Carberry (Carson). The prblem right now for Kate is that she is ready to settle down and be wed while Jason is not and finds his eyes wondering. Then now enters Reb Randall (Mitchell) a handsome cowboy heading into town and a plan is made. Kate decides to spend time and swoon all over the new man in town to get Jason jealous and ready to wed. Will Kate's plan be a success...we shall see! 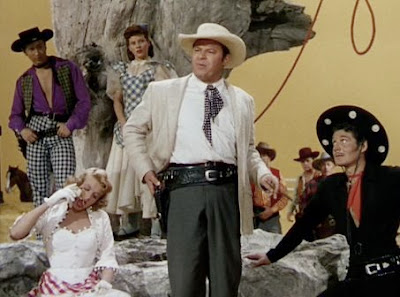 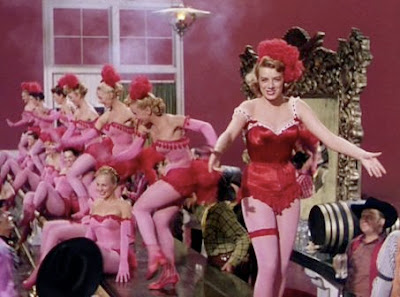