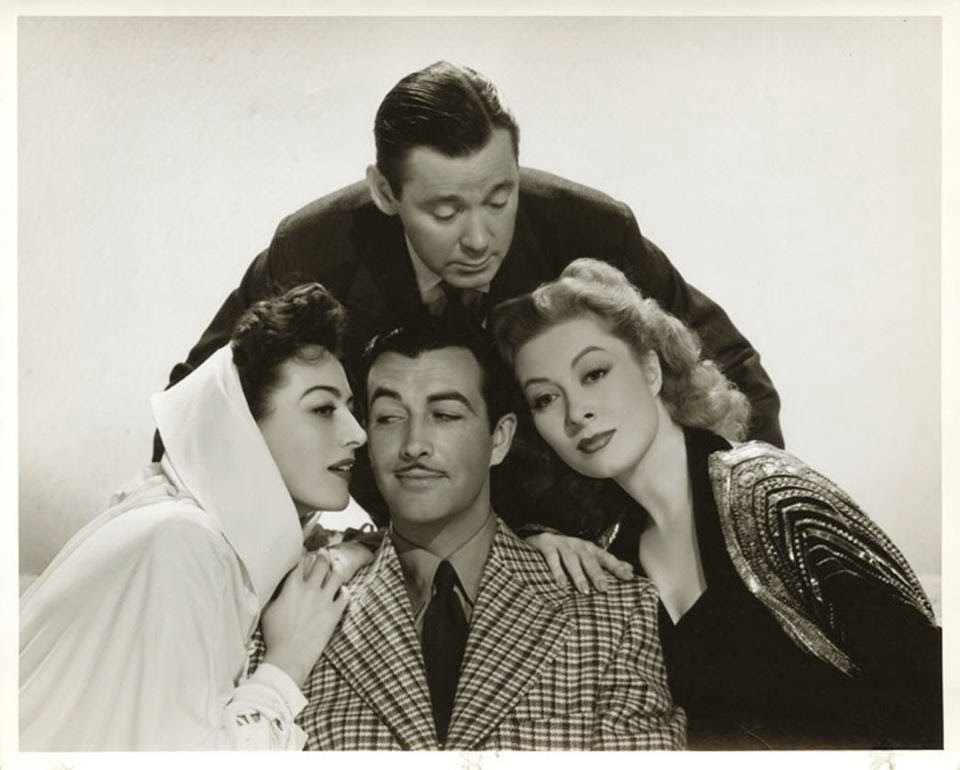 
If you are a fan of the 1940's MGM Studio days than you will ADORE this classic. I truly enjoy the old studio system where MGM and others took advantage of the star studded lots of talent they had and utilized them in each film. You simply did not have one star carrying the weight of the film but several such as in this noteworthy classic; "When Ladies Meet" from 1941. Joan Crawford at this time was drawing to the end her long successful career with MGM. This film was amongst others that Joan tried to resurface and rejuvenate her career. 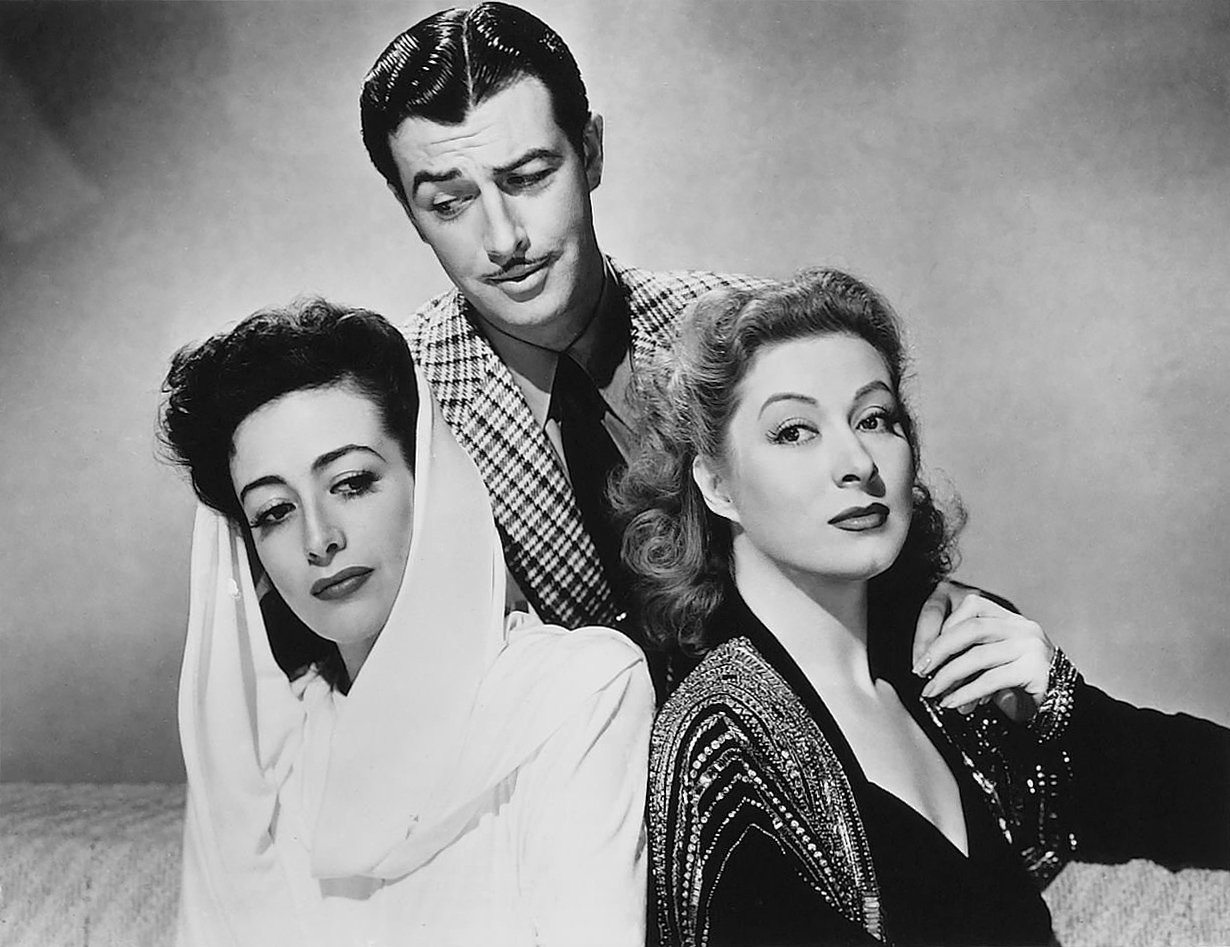 The same year as our current discussed film was released Joan also starred in "A Woman's Face" where she played a sympathetic role though people still loved and connected her with her famous "She tried to change her style and, in 1941, A Woman's Face showed her as a girl whose life was rendered unbearable by a great scar on one cheek. M-G-M hailed the birth of "a new Crawford," but the customers were still apathetic to Crawford, new or old. Even so Joan felt that perhaps her salvation lay in "unsympathetic" roles. In 1943, she resigned from M-G-M because "I was being taken for granted." This departure also signaled the loss of her great personal battle with Norma Shearer. Miss Crawford and Miss Shearer had always envied each other. Outranking Joan, Norma received choicer roles, bigger billing and more publicity. As heads of opposing camps, the two actresses engaged in open warfare, but "the first lady of the screen," as M-G-M called Norma, got the upper hand and ultimately saw Joan start downhill in a succession of bad parts. When Joan resigned her contract M-G-M paid her a lump sum to square things and sighed with relief. All over Hollywood the cocktail-hour gravediggers said with finality, "Crawford is through."..." (D. Marshman, Life Magazine, June 23 1947).
iconic roles of the past where she was on the other end obtaining sympathy from all. I came across a very good article which was released in Life Magazine in 1947 where the writer Donald Marshman spoke about Joan's career post and current of the time (a very interesting article that I enjoyed!). In one part that is very applicable in understanding where Joan was at the time of this film you will get a better understanding where Donald Marhsman states: 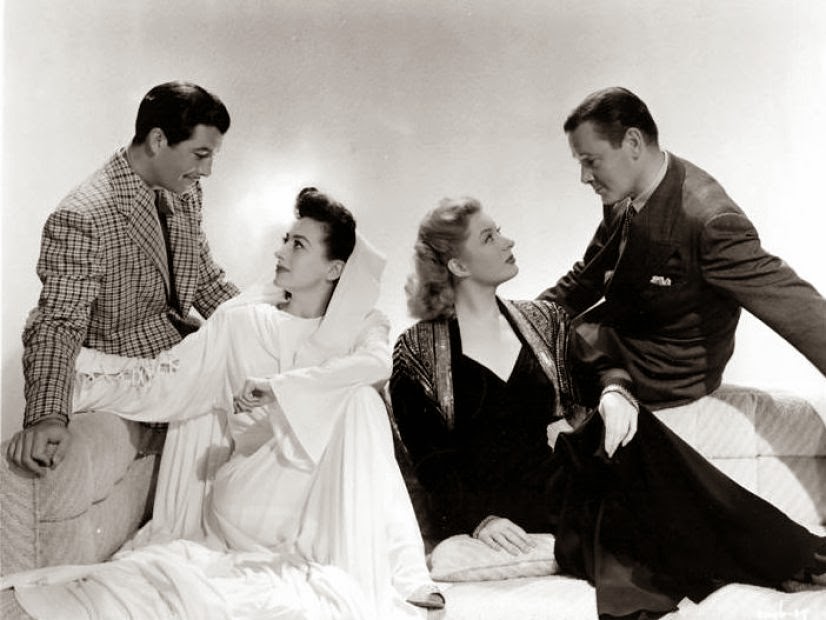 Plot:
Mary Howard "Minnie" (Crawford) is a successful novelist that is in love with her publisher Rogers Woodruff (Marshall). One significant obstacle is that Rogers is married already! This does not stop Minnie from getting what she thinks is hers and decides to come up with a scheme to find an intimate 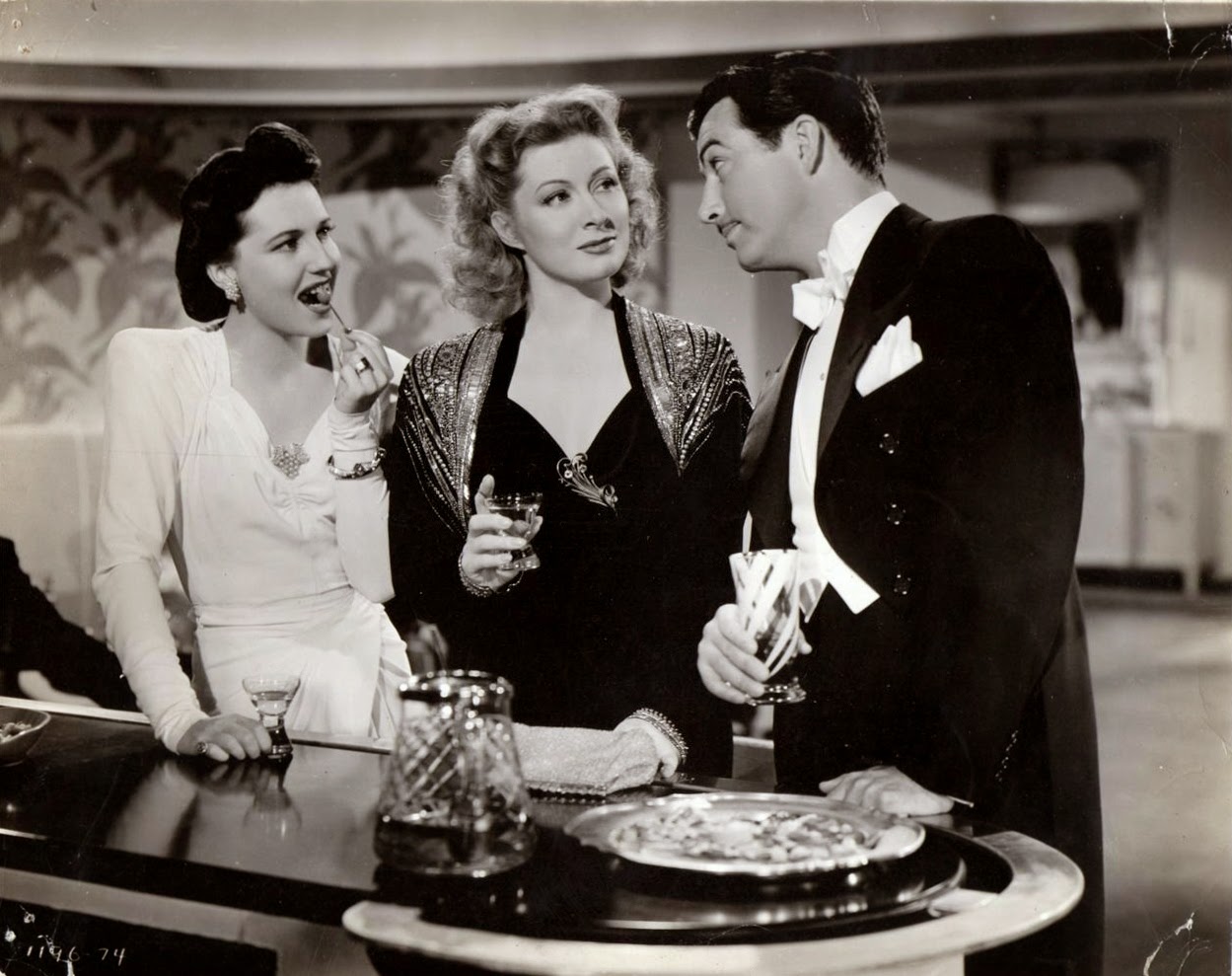 situation for the two. Jimmy (Taylor) is a good friend of Minnie's who has sights on her and thinks that the friendship should be brought to the next level where she has no idea.

Before Minnie can put her ideas into place, Jimmy decides to remove Rogers from the situation and places his wife; Claire (Garson) into a situation where she is going to stay with Minnie. A good friend Bridget Drake (Byington) has a lovely home that Jimmy borrows for these two ladies to finally meet and hopefully now getting to know each other will remove his competition. Additionally, since neither lady have ever met prior they will not know who each other prior to going to the home where they are going to spend time.

After spending time together Minnie starts to really like Claire and have a found respect for her. This period for both ladies is very eye opening where Minnie finds out that her dashing bow being Rogers is not the man she thought he was (not even close!). Rogers is a smooth talker and has paid attention and devotion to many women and that Minnie is just another of these and nothing more. Minnie finally opens her eyes and notices her friend Jimmy and the potential that he has. What a lovely cast and who knows who ends up with whom or anyone at all. 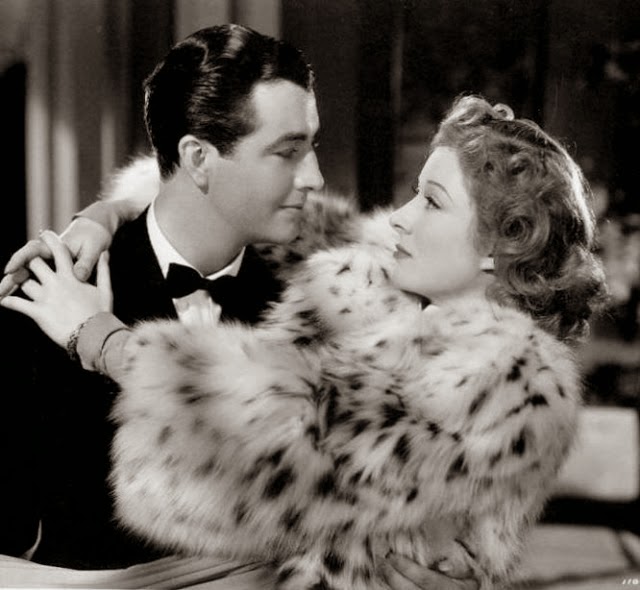 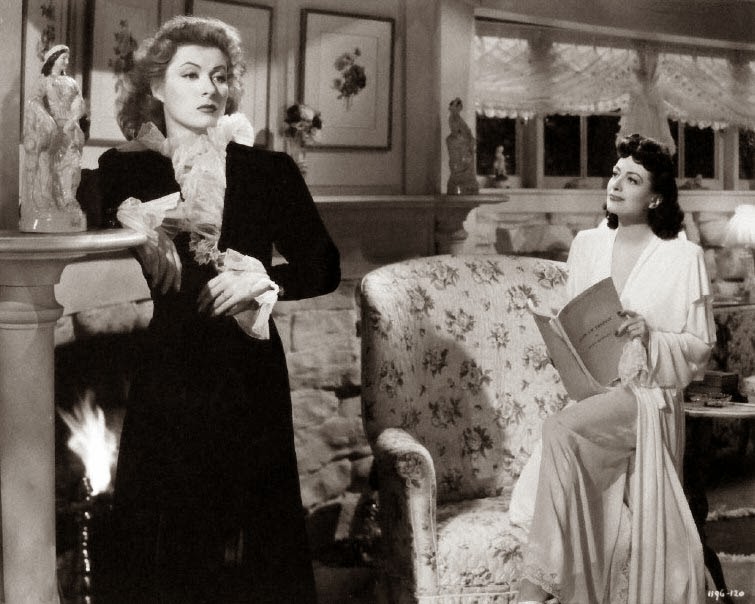 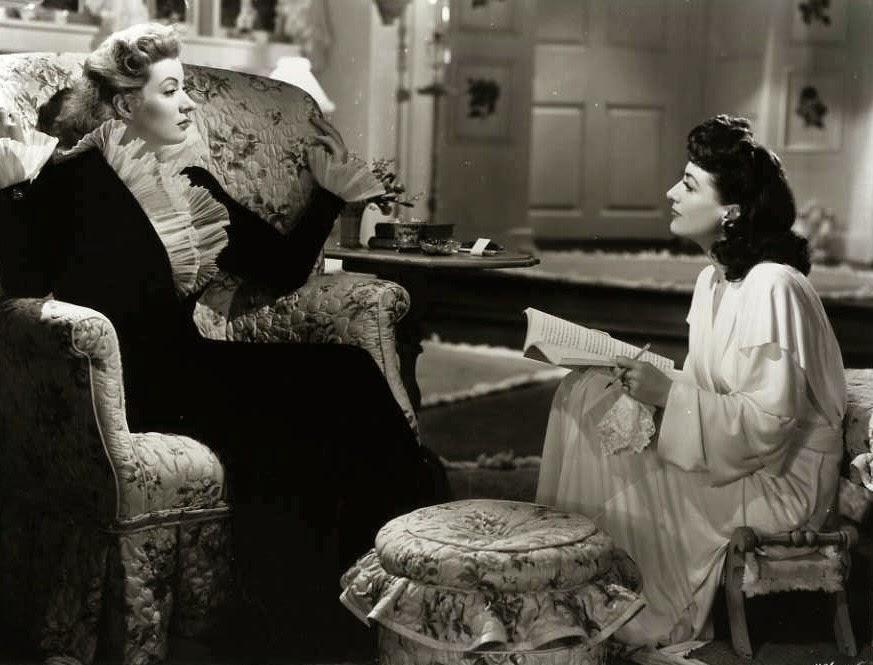 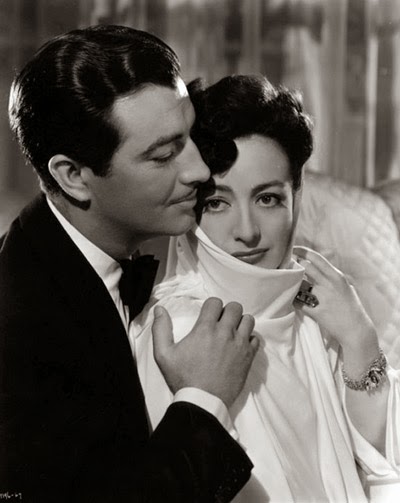 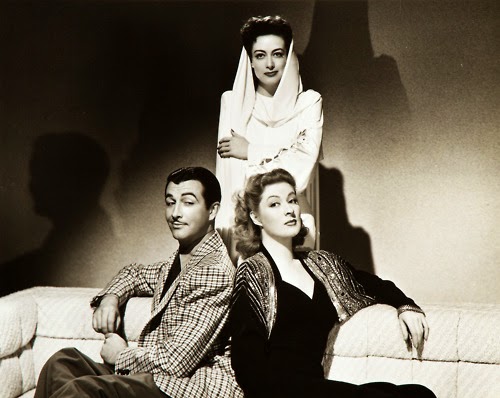