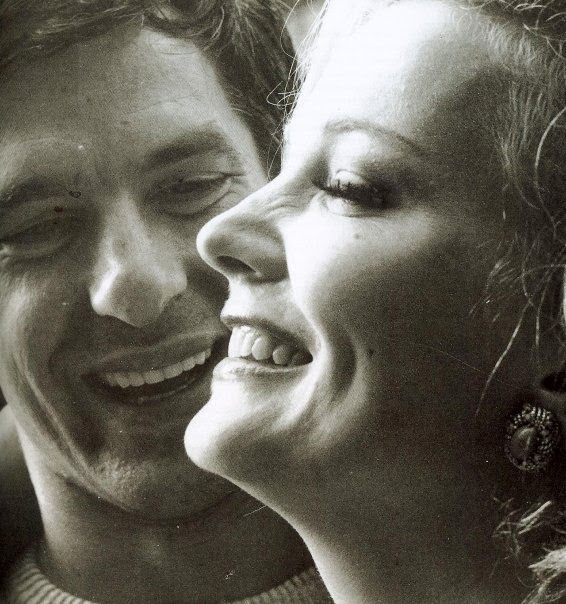 Here at "Love Those Classic Movies!!!" we are starting a new series entitled: "Film Excellence." This series is dedicated to the best collaborations in cinema history. The very first article is dedicated to the film excellence of John Cassavetes & Gena Rowlands. A dynamic couple both on and off the silver screen have brought us film fans some beautifully done film masterpieces such as "A Woman Under The Influence" "Opening Night" "Gloria" "Tempest" "Faces" "Minnie & Moskowitz" and more. I have had the collaborations of these artists on my radar for several years but not until last year did I truly start taking the time to watch them and truly appreciate the art of the inner emotions that people face which can be terrifying for man to see.
Rowlands and Cassavetes made ten films together: A Child is Waiting (1963), Faces (1968), Machine Gun McCain (1969), Minnie and Moskowitz (1971), A Woman Under the Influence (1974; nomination for Academy Award for Best Actress), Two-Minute Warning (1976), Opening Night (1977), Gloria (1980; nomination for Academy Award for Best Actress), Tempest (1982), and Love Streams (1984). 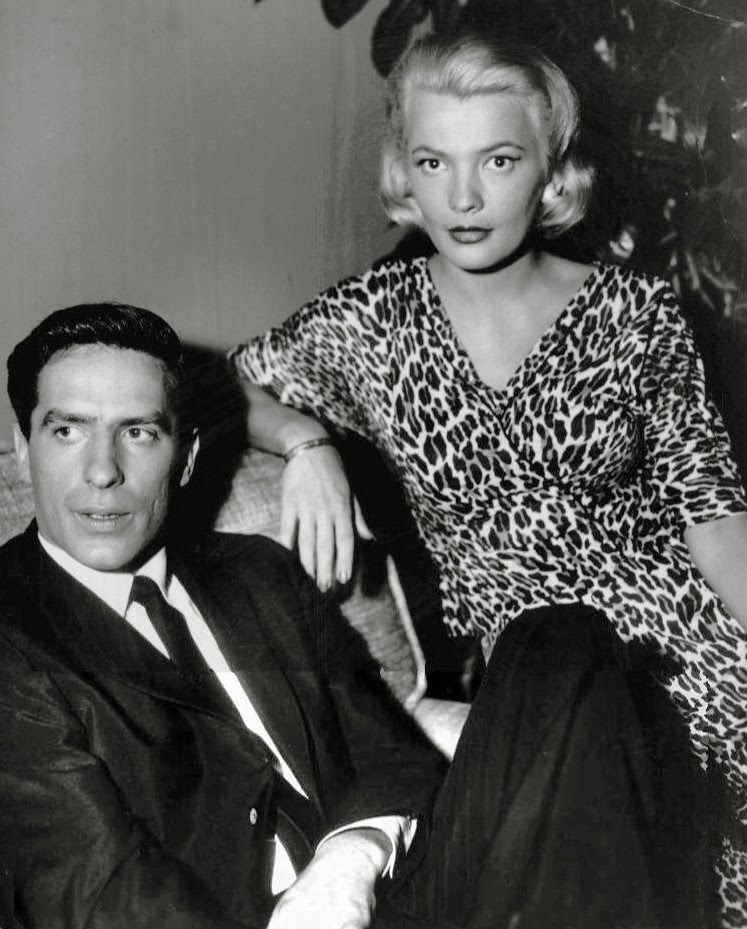 John Cassavetes and Gena Rowlands have a storied history within Television and the silver screen starting from the late 1950's to the mid 1980's. Gena and John met in NYC where she dropped out of attending a University to moving to the Big Apple to go to the American Academy of Dramatic Arts from there appearing on Broadway in "The Seven Year Itch" with other notable roles. While doing theatre, Gena also made appearances on television where she met John who was also making his mark acting on also TV and the theater. Both met and fell in love with one another where they both had an incredible passion for their craft. The young couple decided to depart from the bright lights of television and stage of NYC to the motion picture industry in California. This trip proved to be ground breaking in both of their careers where opened a whole new opportunity with creativity in the motion picture business. Both wanted more artistic freedom and have the true license to do so where TV failed them, motion pictures would be the perfect medium. 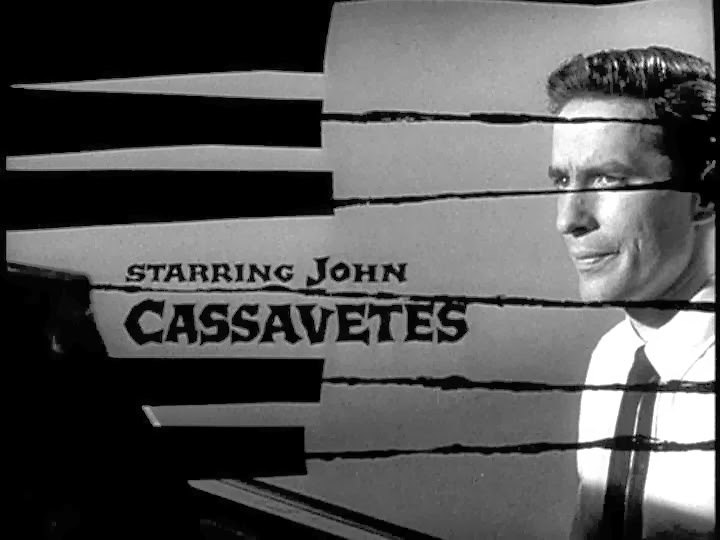 Starting with their first endeavor which was a television series entitled; "Johnny Staccato" (1959 - 1960). During this time period of the late 1950's both were getting their breaks and having name recognition from a lucrative contract with MGM for Gena to John's successful directorial debut film;"Shadows" in 1959 along with his acting career. Both were making their dreams come true. "Johnny Staccato" was a short lived series that Gloria appeared in and was not too thrilled about it overall. John directed one episode in which Gena starred in entitled; "Fly Baby Fly." After the television experience for both the direction went back to making motion pictures.

﻿
﻿
The first film project that both John and Gena worked together on was; "A Child Is Waiting" in 1963. This film proved to be a painful affair for the director John Cassavetes. John obtained this project when director/producer Stanley Kramer stepped back from the project. Judy Garland starred in this motion picture and by then was very temperamental and had extreme difficulties. Gena had a very minor role in this film. During filming Judy Garland and Cassavetes got into a very heated argument which ended with both having to be restrained by others. The leading man in the film Burt Lancaster sided with his leading lady, Judy Garland and needless to say made the entire filming a very uncomfortable one with a lot of contempt between all. For the storyline the true stars and focus is the children where the original director Kramer thought it should be otherwise. After the film ceased in shooting Cassavetes found that his work was under minded. Kramer went into MGM and edited the film to his liking and the studio to Cassavetes displeasure in which he demanded his name to be removed from the film. It looked at this time that Cassavetes career in Hollywood was ending as soon as it begun. 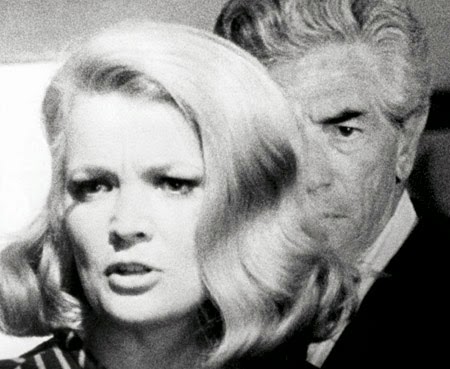 "Faces" released in 1968 is the next project that the two worked on together. It is now a few years after the disappointing directing experience of "A Child Is Waiting" though all major studios wanted nothing to do with him and would want nothing to do in terms of funding a film of his either. With this knowledge Cassavestes knew the only avenue was something never done before an entirely self-financed project. Cassavetes did not have a lot of funds but took what he had from selling a script he wrote and doing other creation of television subjects. In order to fund the entire filming the director depended on assistance from friends in terms of shooting at their privately owned homes to even borrowing equipment such as cameras for filming. Steven Spielberg was an actual runner for this motion picture which was very interesting for me to learn recently about.
The film "Faces" released in 1968 was shot in cinéma vérité-style (which shooting a film in a documentary style). The film itself centers on a middle-aged couple whose marriage is coming undone in front of their very own eyes. The husband Richard Forst (played by John Marley) makes a statement that he wants a divorce and then is introduced to groups/people that are interact with the couple. Both the husband and wife go forward with meeting other people and keep company with others. We see the couple going through confrontations. The film shows that people in reality such as in the film need to understand about being unhappy.
John Cassavetes has as a finishing result a masterpiece of a film being in "Faces" where he printed over 115 hours of film. To make the exactly come out as he wanted Cassavetes spent 30 months piecing the film together to make it his vision with no compromise. 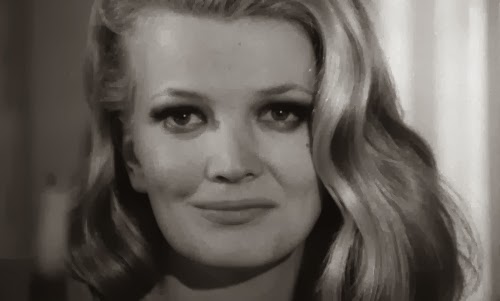 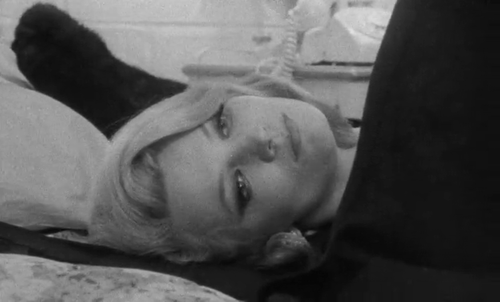 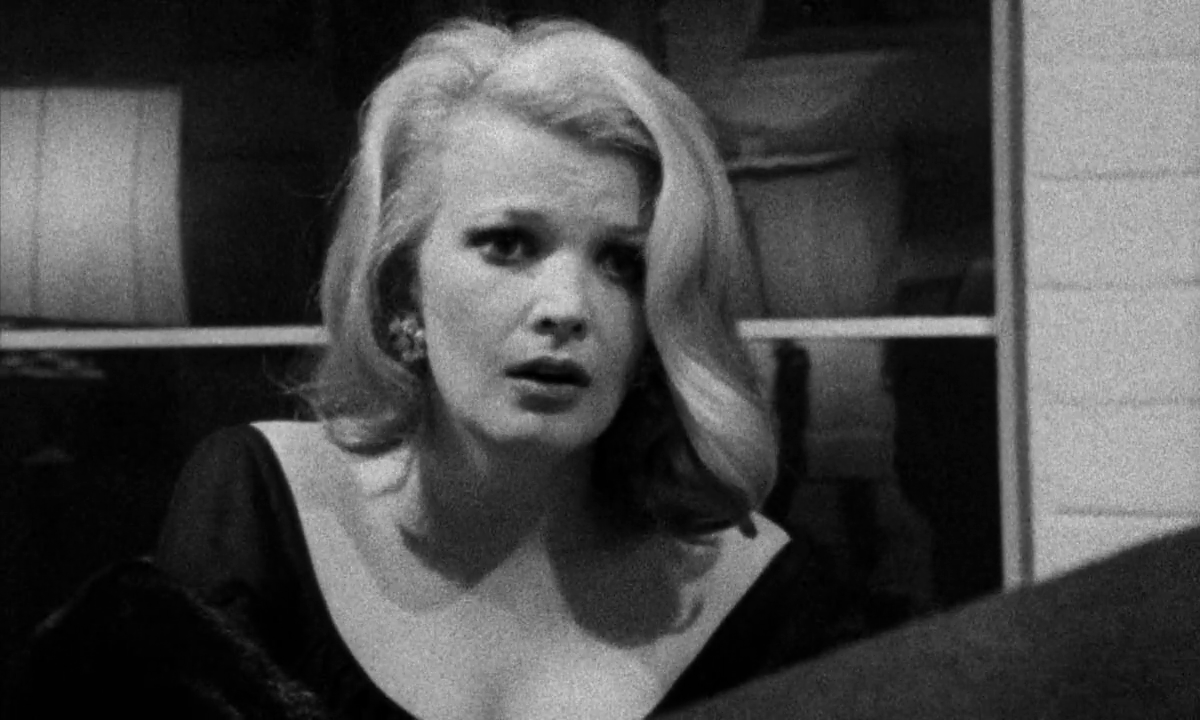 "Machine Gun McCain" is the next project for both Cassavetes and Rowland which was released in 1969.  This time around Cassavetes is the leading man (not also playing the role of director) and his wife Rowlands with a supporting role as Rosemary Scott. Cassavetes is the leading man playing the title role of Hank McCain. This time the director of this motion picture is the Italian talent of Giuliano Montaldo. Cassavetes was able to with his influence recommend stars that might otherwise not be on the radar for the film such as Peter Falk a long time friend.  The story centers on a rough criminal named Hank McCain (Cassavetes).

Upon release from prison which he served a long dozen years for armed robbery. This time it is Hank's son named Jack (Pierluigi Aprà) (who has illegal activities on his mind such as a large one for both father and son to be part of which is robbing a casino located in Las Vegas. Jack also without his father's knowledge has a hand in other illegal crime such as a very dangerous mobster Charlie Adamo (Falk).  Now we then see Hank being utilized as a chip in a game where one mobster Charlie is fighting against obtaining territory from another crime boss named Don Francesco De Marco (Gabriele Ferzetti). This is one smart crime drama with well chosen actors for each role and very good direction lead by Giuliano Montaldo. This movie was nominated at the Canned Film Festival for best director in 1969. 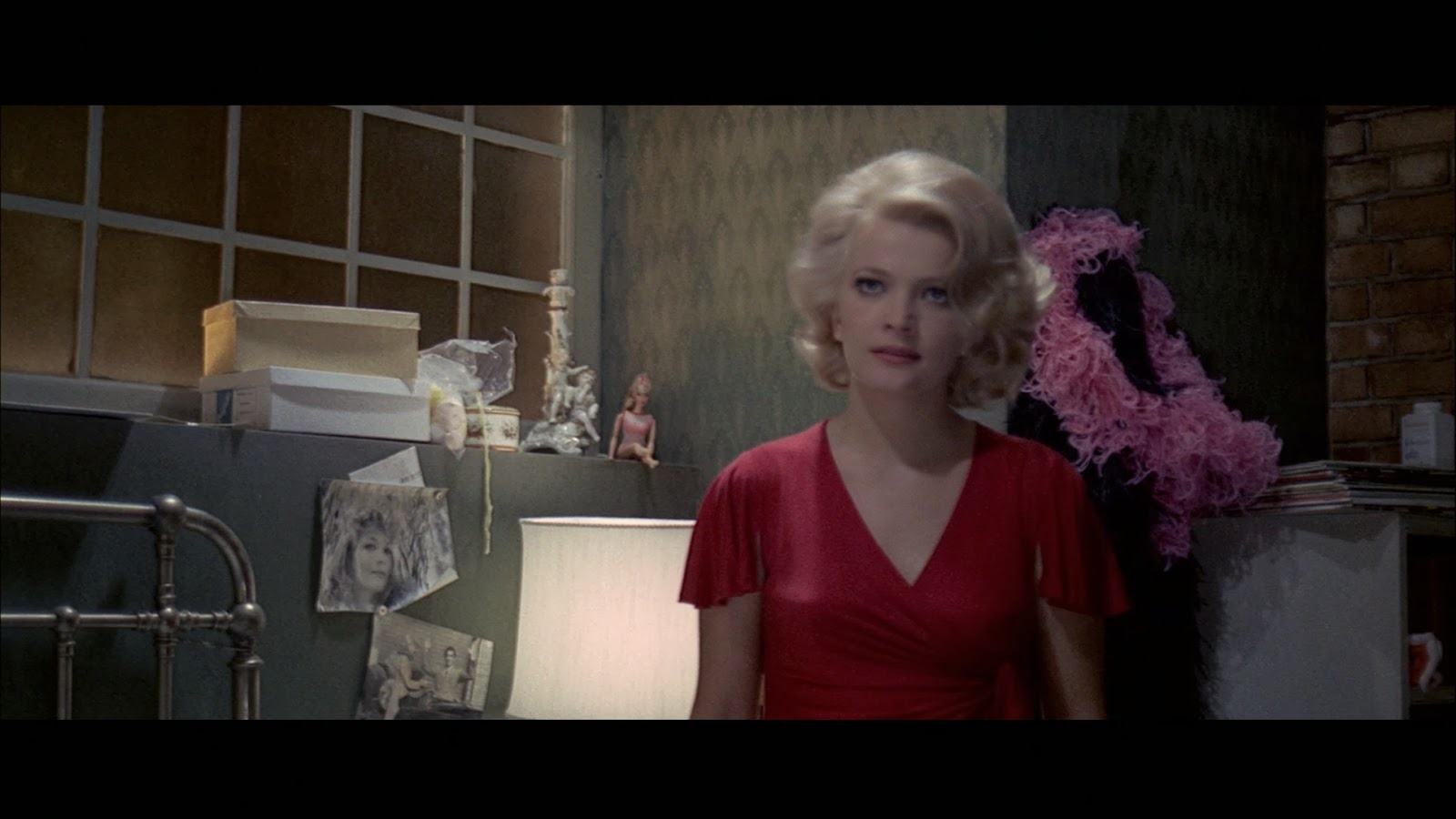 "Minnie and Moskowitz" (1971) - This film is now directed by Cassavetes with this time not sharing time on screen though Rowlands takes the leading role of Minnie Moore. This film Cassevtes teams his wife in the lead with the love interest being Seymour Cassel who plays the role of Seymour Moskowitz. The film centers on Minnie Moore whom her love life has not been kind. Too many heartaches has left Minnie numb and not wanting to meet someone else to only have her heart broken. Until one day Minnie has a chance encounter with a man named Seymour Moskowitz who is a parking lot attendant. This meeting sparks conversation between two lonely people. Seymour finds himself falling in love with Minnie whom he trying very hard to shatter her heart that seems to be enclosed by armor.

During the filming of "Minnie and Moskowtiz" Cassavetes took advantage of the cool relationship the two leads actors had for one another. Taking advantage of more off the cuff raw emotions Cassavestes would place his actors into real life situations that would create more friction. An interview with Playboy Magazine after the film was completed and the trailers were released left very bad tastes in the Universal Studios mouth (where in which the film was made). Heated words in the interview were used from Cassavetes which ended in a "poof" any potential there was prior to him obtaining a multi-picture deal. 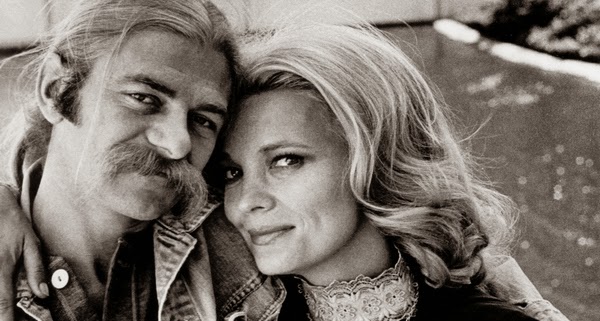 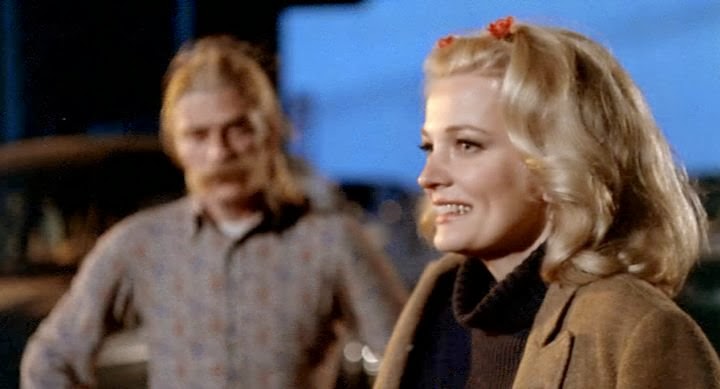 ~ Our 2nd installment in this series of "Film Excellence: Cassavetes & Rowlands" will be out soon which will span the remaining 1970's into the 1980's.
Posted by Mason at 6:22 PM