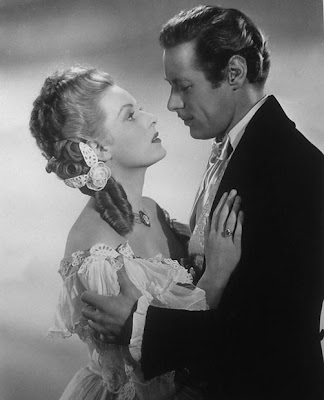 The House of Harrow in 1795 - A child is born to the daughter in which brings shame to the House of Harrow. The decision of the father is to give the child as soon as he is born to a friend whom will be paid handsomely yearly to bring the baby boy up. The mother gives the family that is taking him a beautiful necklace in which when the baby gets older would know his heritage in Ireland.

Then we move several years on a steamboat on the great Mississippi in 1827. Odalie 'Lilli' D'Arceneaux (O'Hara) is a fine young lady who is passenger on the steamboat and we also meet Stephen Fox (Harrison) who was the young baby and part of the great/wealthy House of Harrow. Lilli is nervous that the boat is on the side near a sandbar and finds out that the man she thought was a gentleman is an actual card shark and is wanted hence why the ship itself pulled to the side. Stephen is taken off the boat and is left on a small island by himself in the middle of the Mississippi River. He simply stands there with a cigar in his mouth and walks back and forth. Stephen hears someone 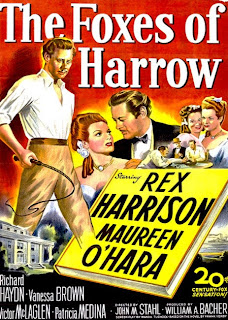 coming down which lets him know he is stuck on s sandbar. The next freight boat, the Captain Mike Farrell (Victor McLaglen) who is told that Stephen was stuck on the sandbar due to being thrown off by his horse (likely story). Stephen to survive and gives him a gold box which ensures himself to make it off the boat. Captain Farrell is kind to give Stephen his gold box back as they part ways in New Orleans.

He meets up with Andre LeBlanc (Richard Haydn) who needs his help and turns out to have a mansion within the city. Andre is the perfect friend for the hard up financially Stephen. Both men find they are of like minds and get along very well. Two very lovely and wealthy sisters Aurore (Vanessa Brown)  & Lilli D'Arceneaux stop by in carriage and Stephen has his eyes on Lilli. There is a grand masquerade ball for only the best of families being invited. Stephen makes sure that he tags along with Andre and meets up with the lovely Lilli. They dance in the beautifully decorated mansion. Lilli is French and speaks about her costume and family. The masks come off and Lilli remembers the smooth talking man from the steamboat and is very unhappy to be in his company. Stephen walks over with Lilli and introduces himself to her father and states of his interest. Stephen nicknamed "Fox" tells her father Viscount Henri D'Arceneaux  (Gene Lockhart) that he is a gambler and is staying with his friend Andre. What a grand entrance to the most established in New 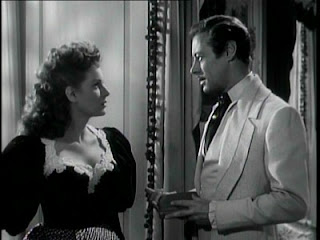 Orleans. Mr. Fox (Stephen) donates, one thousand dollars to the charity of the ball and only requests a dance where Lilli wants no part but her curiosity is peaked.

On a big gamble Fox wins an entire property of a plantation that has a huge amount of acreage. Fox proves to be an honest man that now has great wealth and power. Lilli comes to Fox's plantation which is called "Harrow" after the estate of his family's in Ireland. Lilli along with her sister and father are very happy to see what Fox has done with himself and the new life he is leading. A lavish party with all the trimmings is set for all to enjoy at the new home.

Years later they have a baby and enters a lady named Desiree (Medina) who is having an affair with Fox. What come of Fox and Lilli...you will have to watch to find out! 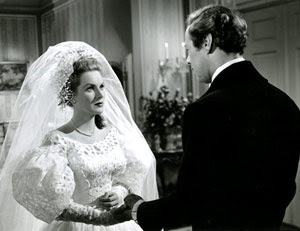 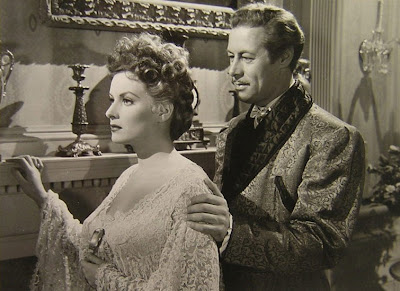