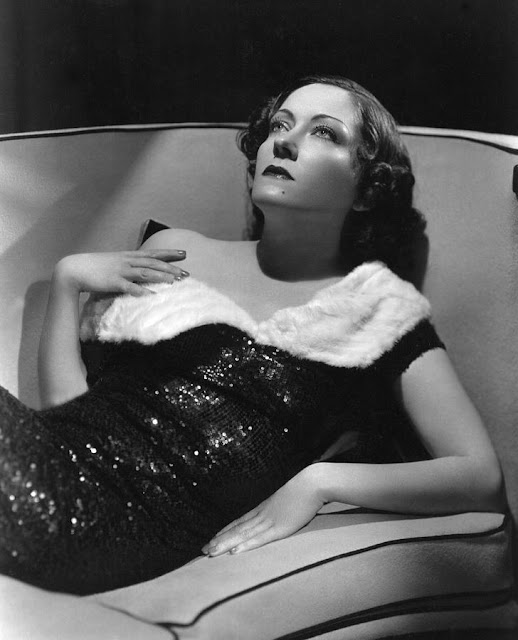 Film work in the 1930's (the transition into talkies)

Gloria Swanson made the transition as a lady with a mission to hold her own and not to fade away as the majority of her contemporaries did. Whether it was the voice that did not equate well or simply just failing the majority of the silent film stars that either tried or simply decided it was not for them faded into black. Gloria fought very hard to have a stable and growing career in Hollywood. Moving from her box office failure of "Queen Kelly" the next consecutive motion pictures: "Indiscreet" (1931), "Tonight or never" (1931), "Perfect Understanding" (1933), and "Music in the Air" (1934) were not exactly the warm reception that was hoped for. Each of Gloria's movies ushering into the talkies failed at the box office. 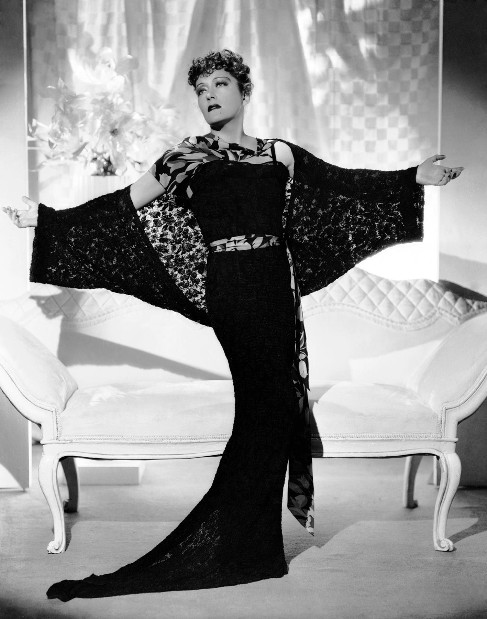 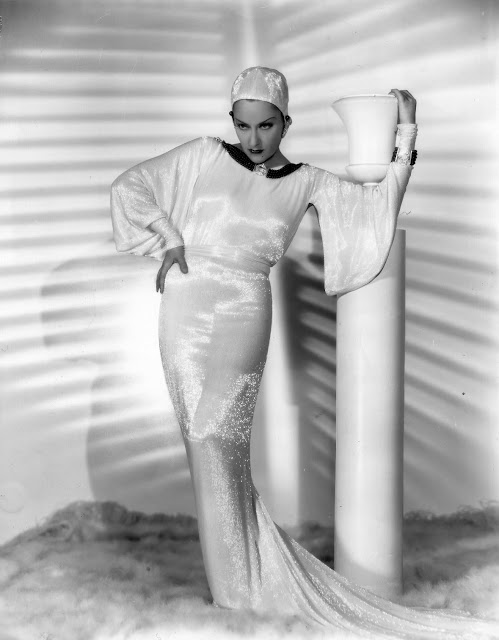 By 1938, Gloria decides to leave Hollywood and try her hand in New York City and working and operating within the operating a Patents and Invention Company. This was a very large move for Gloria and reaching out and assisting others. The Patents and Invention Company actually employed scientists whom were Jewish from all over the world which enabled them to escape the Nazis.

Gloria Swanson transitioned into the 1940's with her work within the Patents and Invention Company and then making one rare motion picture appearance in the decade in the film: "Father Take's a wife" (1941). 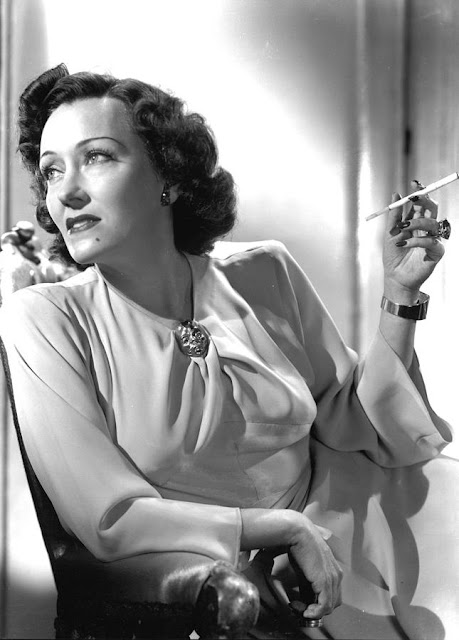 After the one major motion picture appearance, Gloria went back into acting but in other ventures such as theater and her own TV series. A groundbreaking and one of the first of it's kind: "The Gloria Swanson Hour" airing in 1948.

Lights...Camera.....Action it is time for Norma Desmond's Close-up!

In 1950, Gloria Swanson makes one of her biggest (financially successful) motion pictures that will forever place her in movie history and leaving people to wonder; "is art imitating life?" In this movie Gloria plays Norma Desmond a lady who was a huge star in her day though time has past and her fame has dimmed though she lives as the larger than life star. Directed by Billy Wilder also starring a huge wealth of stars such as: William Holden, Erich von Stroheim, Nancy Olson, Buster Keaton, Jack Webb, and many more. Edith Head who was also a very good friend of Gloria's also did the fantastic costumes. 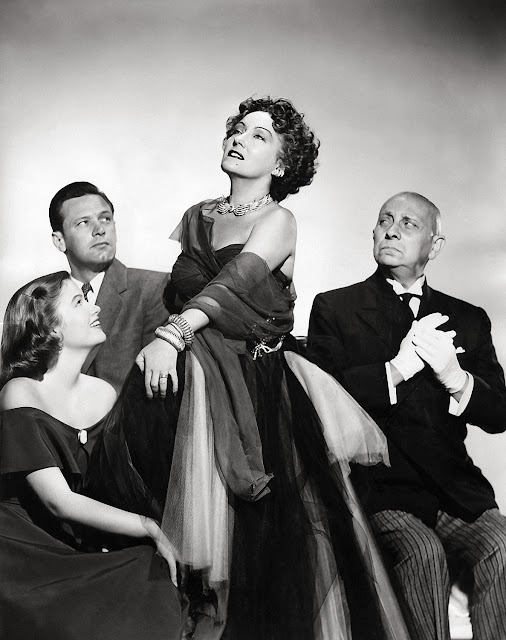 Eric von Stroheim also directed Gloria Swanson in the epic "Queen Kelly." Norma Desmond such as Gloria had a lot of similarities such as being a reigning Hollywood star and also loved to look smashing and live a lavish lifestyle. Norma has a past with her butler (played by von Stroheim) which both of them truly do in real life.

Norma: I think I'll have De Mille direct it...We've made a lot of pictures together.
Joe: And you'll play Salome?
Norma: Who else?
Joe: Only asking. I didn't know you were planning a comeback.
Norma: I hate that word. It's return - a return to the millions of people who have never forgiven me for deserting the screen.

Norma lives in a bubble where she still reigns supreme as the Queen of the Cinema though in reality that has long ended 20 years earlier. Norma lives in a posh home and hires the young Joe Gillis (Holden) to work for her as a screenwriter who will write her the big film with her as the star. Joe is going through financial hardships and with his career can not toss up the opportunity even though he knows Norma is a very delusional creature. Norma pays for him to have all of the comforts he needs along with room and board. Joe agrees and moves in with working on the brand new Norma Desmond film. Joe becomes a kept man and he is fine with it since he gets something out of the situation not just Norma. Then enters in Betty Schaefer (Olson) who Joe connects with and the trouble starts to brew with the love triangle.

This is a splendid Film Noir which planted Gloria Swanson''s name back in the lights and forever with one larger than life role as Norma Desmond.

For the rest of the 1950's Gloria starred in a few more motion pictures being: "Three for Bedroom C" (1952) also starring Fred Clark, Hans Conreid, and James Warren. Gloria plays Ann Haven who is going on a cross country train ride with her daughter. Ann is a motion picture star (a stretch for Gloria again lol). All is well in the living compartment until a third person being a man also gets booked there as well. There were many other roles along with scripts that came her that she past on since they were pail imitations to her role as Norma. 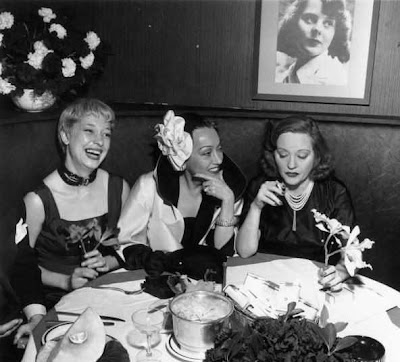 Gloria stays very busy during this decade also keeper herself very busy on the television starring in many programs. Such programs as: "Hollywood Opening Night" "Crown Theatre with Gloria Swanson" and "The Steve Allan Plymouth Show."

Gloria Swanson continues to stay busy in her career in the 1960s with many television appearances. Some very notable are: "My Three Sons" "The Beverly Hillbillies" (episode entitled "The Gloria Swanson Story), "The Alfred Hitchcock Hour" and other countless shows. Gloria was nominated for her appearance on "Burke's Law."

A role on stage again brought her to play the mother of a blind man in: "Butterflies Are Free" in 1971. Her last role in a motion picture was in "Airport" in 1975.  After marrying for the sixth time in 1976 to William Duffy, Gloria decides to spend her time more away from the limelight and more into painting and creating sculptures. 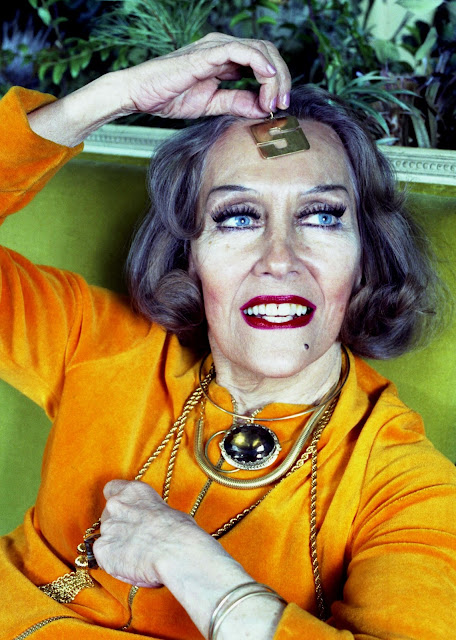 In 1980, Gloria releases her own autobiography entitled: "Swanson on Swanson."

The curtains falls when Gloria passes away on April 4, 1983 at 84 years old due to natural causes in New York City.


Gloria is one of my all time favorite leading ladies who will forever be remembered for her stunning roles as one of the best and original leading ladies of the silver screen! 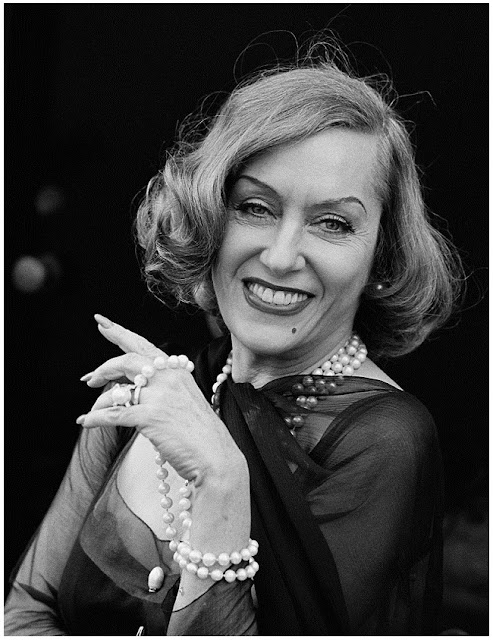 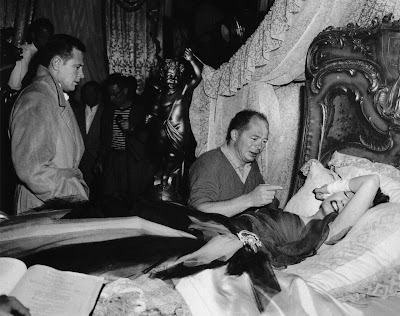