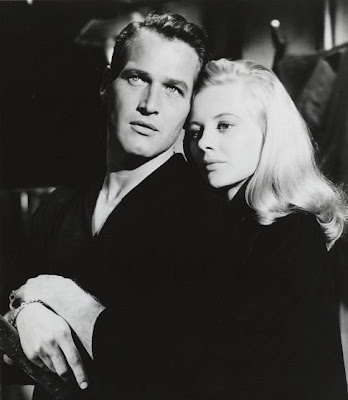 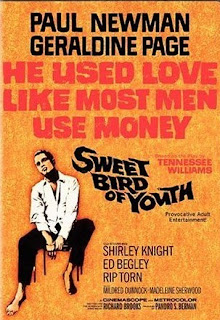 ~ From the play by: Tennessee Williams
~ Nominated for 3 Academy Awards and Won 1 for Best Supporting Actor - Ed Begley. (1963)

Tagline: "He used love like most men use money." 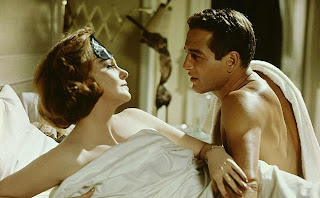 Chance Wayne (Newman) was to get out of St. Cloud, Florida and make it to huge stardom as a leading man in the movies. His name in bright lights, his face on the silver screen, adoring fans trying to fight for his autograph....sadly he tried his luck in Hollywood and lost. There were no big time stardom in films no nothing for Chance. With his dreams of hitting th big time dashed he decides to head back into his hometown with  new lady on his arm: Alexandra Del Lago (Page) whose dreams of film stardom came to reality and hit it big. All the dreams that Chance was hoping for Alexandra had and big glorious ways with blockbuster films and adoring fans all of it. Unfortunately, time has not been so kind to Alexandra nor was she to herself so that funny and crazy thing called celebrity came and gone for her. Though her name still carried something and prior to leaving together to Florida she assisted Chance with obtaining an actual screen test which did not result in much but was something.

Chance's real reason to head back to his hometown with a lady on his arm was to see his flame named Heavenly Finley (Knight) who unlike himself was born into wealth and with the luxary of having a father as a politician who could make things happened if he so chose to. The father "Boss" Thomas J. Finley (Begley) did not take kindly about in the past of his daughter seeing Chance and the both dating so that had to end and fast! "Boss" manages with his power to run Chance out of town the first time and to never see his daughter again, so enters Hollywood, the shot for stardom and Alexandra.

With luck not being on his side in Hollywood we see why Chance decides to gamble and head back to Florida since he has nothing to loose. Chance still loves Heavenly and always will and vows to try and find a way around her father to make the union happen. He enjoys Alexandra's company and her beliefe in him but love for her is very differnt. 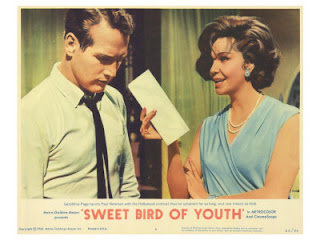 In Florida Chance sees Heavenly and finds that she too still loves him though will not do anything against her powerful father that can do hurtful things to others and has. For the sake of Chance and the well being of everyone in the situation she tries to have him leave her alone. This does not work and "Boss" quickly gets wind of the new entanglement going on and needs to put the fire out on this flame yet again before anything ignites. This time it is not going to as easy to run Chance out of town since he has Alexandra the famed actress by his side so it will take a lot more clever wit and time. What we then learn is that there might be information on both Chance and Heavenly that will affect all in both of these people's paths, you will have to watch to see what it is and if things will bring them together at whatever cost it may or may not be. 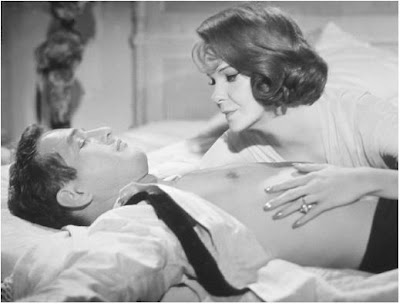 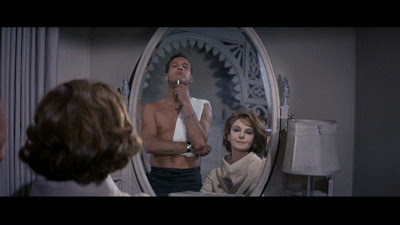 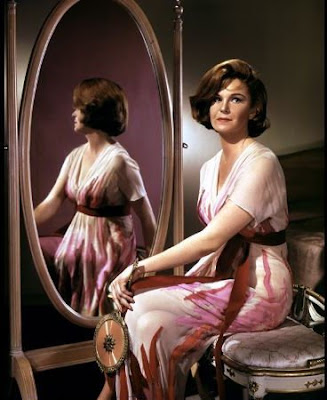 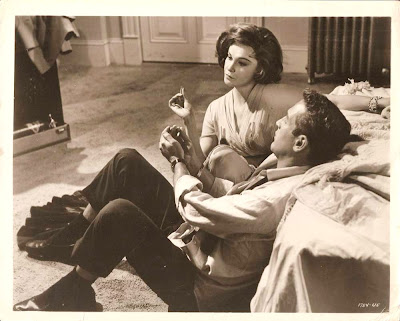