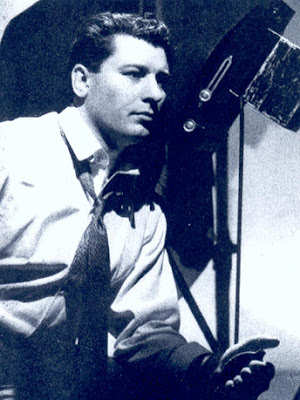 In 1904, Geore Hurrell was born in Covington, Kentucky. At a young age he started to fall in love with photography by accident by doing photos of the artwork he wanted to paint. George had no idea that the way he prepared himself to do his artowrk with photographs would be his passion for life. 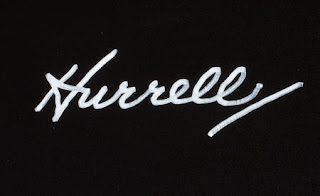 Finally, when old enough to attend college George attended the Art Institute of Chicago. Afterwards George moved west to California where he was to continue his passion of art. However, rather than his artwork he found that quality of taking pictures with his camera become where the real work came from. His work was not just shooting a picture like everyone it was a literal portrait and many took quick notice.

His first commissioned film star was a large silent film star, Ramon Novarro. Hurrell was hired by Ramon Navarro to take a series of several portraits. The picture portraits came out so wonderful that Ramon actually shared them with fellow film stars in MGM with one of them being the lovely Norma Shearer. Norma at the time was married to MGM's then Production Chief, Irving G. Thalberg who was getting ready to make "The Divorcee" and do the casting. The problem at the time was Norma really wanted the lead role which was a departure from her sweet roles though her husband did not think she could pull off the hyper sexual roles that she never was known for. A light went off for Norma who went to hire Hurrell to take some hot and sensual pictures of her to show MGM and her husband that they all were wrong and that she was the PERFECT leading lady for the role.  Needless to say the picture portraits were soo well received that Norma got her role and MGM hired Hurrell as head of the portrait gallery for 1930.


Between the years of 1930 to 1932, Hurrell stayed employed with MGM Studios and took picture portraits of every actor and actress on the lot from Clark Gable, Joan Crawford and Greta Garbo with too many to name here. A new term was keyed from his work: "GLAMOUR PHOTOGRAPHY!" which after seeing Hurrell's portraits one can see this is very fitting.  Unfortunately, in 1932 there was a large disagreement between Hurrell and MGM's publicity head being Howard Strickling which left Hurrell to leave the studio for good. At this time Hurrell set-up in his own exclusive studio from 1932 - 1938 location itself that all stars flocked to from all studios. This disagreement was a good opportunity for Hurrell allowing him to have all of Hollywood as clients for his portraits.

In 1938, Hurrell moved to Warner Brothers studios where he loved working with movie studios. This allowed him exclusive engagements to work with greats such as Bette Davis, Errol Flynn and the entire lot of Warners. From there Hurrell then moved to Columbia Pictues working with Rita Hayworth creating her image on camera.

Hurrell then took a very different stage in his career and moved abroad with the U.S. Air Force taking photos and training films very different of the studio days. When returning back to his Hollywood, Hurrell found that his glamour photography was the way of the past and was no longer in demand. This found Hurrell relocating to NYC and working with fashion lay-outs and advertisements through the 1950's. In the 1950's he moved back and forth from Hollywood starting a television production company then moved back to NYC and then back to California doing a role as a unit still man.

Finally, in 1965 Hurrell started to get the recognition he deserved in NYC's Museum Modern Art with a featured exhibition and then throughout the world at other exhibitions. In the 1970's he went back to his portraits doing work of Liza Minelli and other noteable stars. His photos continued through the 80's and 90's until his death in 1992. He continues to take portraits of likes of Sharon Stone and others.


George Hurrell's Glamour Photography will ALWAYS BE REMEMBERED!!!
Posted by Mason at 12:25 PM