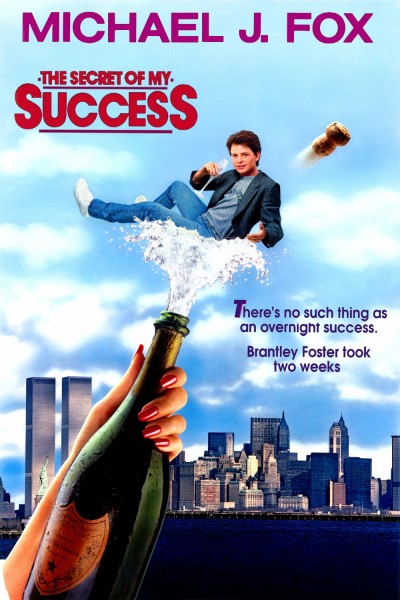 There's no such thing as an overnight success. Brantley Foster took two weeks. 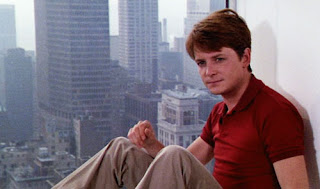 ~ Nominated in 1988 for a Golden Globe for "Best Original Song" 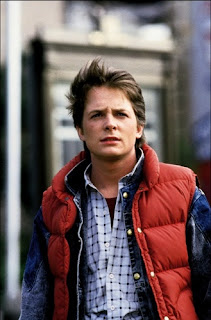 It is the late 1980's and Brantley Foster (Fox) just graduated from college. In Kansas on his parents farm he knows it is not the place to make it in his dream of being a big time financier so he dreams big and wants to head to New York City. His parents approve and his mother provides him with his very distant uncle that he has never met that is very well to do in NYC. Brantley takes his uncles information but vows to do everything on his own and takes a little money from his parents and off he sets sail to the city for a rude awakening.

The rude awakening is that the way of life is very different and doors just because he has a new found degree are not just going to open and give him an opportunity. He finds that he is either over qualified or under. The apartment is less than stellar with whacky neighbors and he is getting very defeated. Brantley finally contacts his uncle Howard Prescott (Jordan) regarding work at his very impressive company. Uncle Howard is the CEO of Pemrose and was founded by his father-in-law. 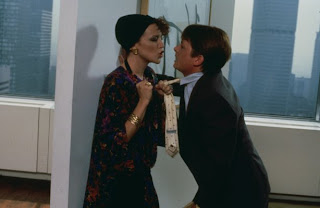 Brantley receives a job from his uncle in the mailroom and is very greatful. During this he starts to read the inter-office mail and the poor financial decisions being made. Digging more into paperwork and out of sheer curiousity he finds more poor decision making made by his uncle and other management. One day things start to take a dramatic change with a phone call into the mail room. Brantley's Aunt Vera needs someone to fill in for her driver to bring her from a day in the city to her home in the country. And with out knowing one another Brantley signs up to be the driver. The over sexed Vera (Whitton) throws quips as does Brantley back and forth to one another during this heated drive, the music goes up and the passion can be felt with the shirt being loosened, lipstick being added and more (side note this is one great scene!). Vera and Brantley head to the large country estate where she is determined to have her way with him. 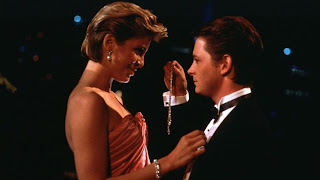 Later, Brantley to help the company assumes an office and the name of Carlton Whitfield. Carlton looks into areas that can be improved for the company and hires an assistant and starts becoming a big shot though Brantley has to stay udner the radar in order that his uncle does not find out.

Christy Wills (Slater) is the no hold barred financial wiz within the company. Christy is having an affair with Howard and she is awaiting him to leave his wife Vera but that does not seem to happen anytime soon. Howard finds out about this new wiz Carlton who he wonders potentially is a spy and asks Christy to get close to him and find out what the circumstances are and to dig deeper. A long weekend ensues at the country estate of Howard's and Vera's where Carlton, Christy, Brantley are all invited. It is one crazy weekend where there are many attracted to one another and a night within the house where people are going into each other's room sneaking around that is soo memorable! Will, Brantley get his dream girl Christy and job or get found out and fired you will have to watch to find out!!! 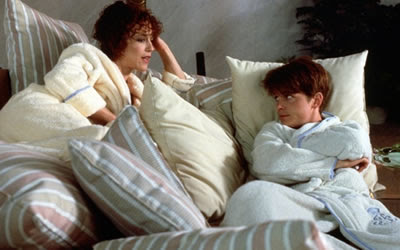 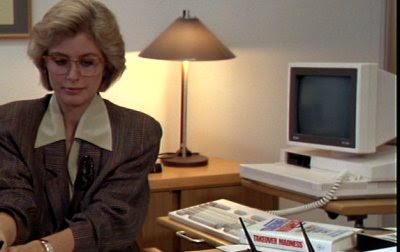 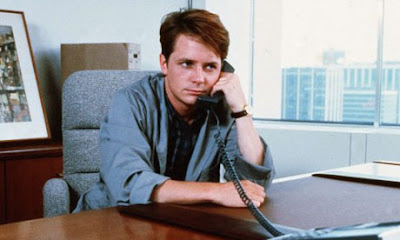 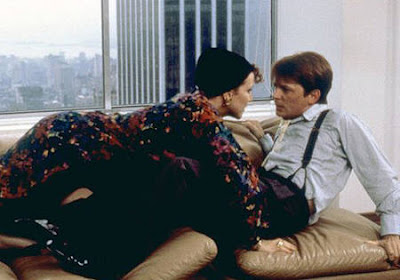 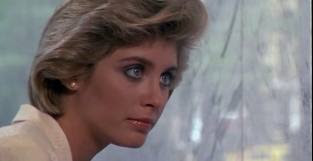 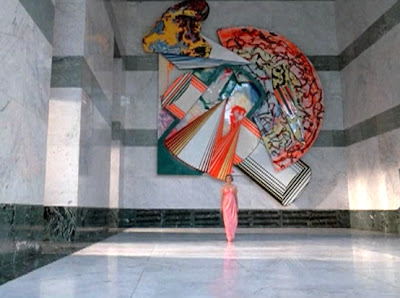 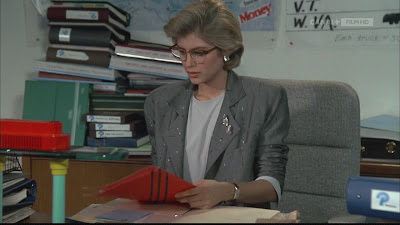