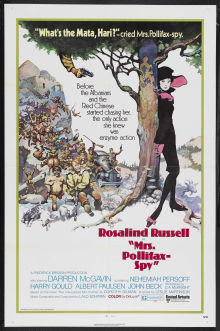 
"Mrs. Polifax, The Spy Who Came Out Of The Kitchen" 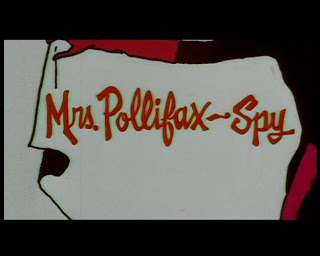 Mrs. Pollifax also known as Emily (Rosalind Russell) a widower with no responabilities walk right into the CIA and inquires about becoming a spy! Her huband has passed and all of her children have grown up and moved leaving her too much time. The CIA is taken back since never having someone walk right in and volunteer since they always go and do there own recruiting. Mrs. Pollifax has a recommendation for a local senator which she hopes will help sway them for thiking of her. The funny part is that they take her on as a spy for a "little errand." She is going on vacation asccording to her family so the undercover begins!  She takes a flight to Mexico City and while there needs to go to a bookstore to find a book "A Tale of Two Cty's" when going in asking for it and then gets the book and heads back to Washington D.C. and DONE! 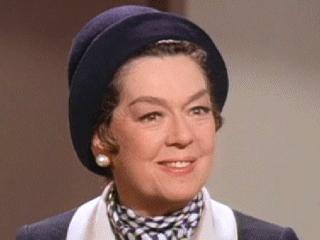 Emily is to be known as her own identity when on this mission that is told to her to be a fast and very brief one. There seems to be a lot more going on on this mission relating to danger that the CIA kept from Emily which brings more intrique and action! Emily goes to the bookstore and does not see the book in the window but is offered to come in and is given a deck of cards instead. When she leaves another murders the bookstore owner and covers as the owners family when Emily comes back for the book. They are all after this film and Emily finds herself drugged after having something to drink and wakes up handcuffed to another person captured on a plane heading east......they have been captured!

Emily is now in Albania with another spy and who knows what is going to happen! 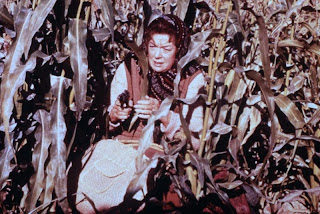