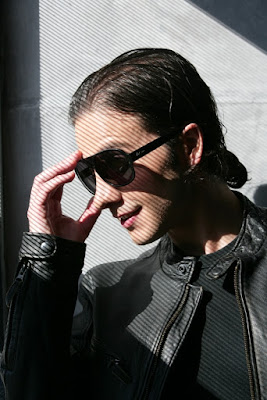 Antonio Rullez – Showreel Experiences
After having composed, over a four year period, the majority of the music for
the original musical “Man of Assisi”, taking on the lead role of St Francis in
most of the performances of the 2013 production was, in many ways,
something entirely different. Parts of my opening night for these
performances feature in both my “Singing and Playing keys” and “Acting”
showreels, but seem only partially to represent the degree of preparation,
emotionally, spiritually, physically and performance-wise overall, required for
this production. It was, in respect of both the rehearsal and performance
process, one of the most rigorous yet rewarding experiences of my career and
life.
Moreover, playing the lead role of Agent Ferrara in the La Trobe University,
Melbourne (Australia) short film “Single Woman Seeks Good Robot” (2011)
was, similarly, though in a filmic context, a delightful time, both in terms of
making the movie and the comradery established between fellow cast and crew
members and the director. This film, shown as part of “Short Flicks” at the
ACMI Cinema (Federation Square, Melbourne), features significantly in my
“Acting” showreel and, on the whole, is one which was well-made and
wonderfully directed and performed.
My time (extending to the present) with the Victorian Ballet School
(Melbourne, Australia) is largely demonstrated, at least performance-wise, in
my “Dance” showreel, which presents extracts from a number of dance and
theatrical performances, of varying styles, between 2009 and 2011. I found
2009 to be a particularly challenging year with respect to dance and, especially
earlier in the year, had noted that it took a considerable amount of time for
certain aspects of my dancing technique to “click into gear”, so to speak.
However, as “concert-time” drew nearer, things started to flow a lot more and
the difficulties that I had faced ultimately held me in good stead for the years
of rehearsals, performances and great times ahead.